You are at:Home»Latest»Champions of Macedonia or Estonia for Celtic assuming we beat Sarajevo

ASSUMING Celtic avoid a calamity against Sarajevo in the first Champions League qualifying round, our opponents in the second round will be the winners of the tie between Nomme Kalju of Estonia and KF Shkendija of Macedonia.

Yesterday Celtic were drawn against the Bosnian and Herzegovinian champions in the first round and these ties will take place on Tuesday/Wednesday, 9/10 July, with the second leg the following week on Tuesday/Wednesday, 16/17 July. Celtic’s name was drawn first so the first leg was due to be at Celtic Park but this may change to allow the officials from Sarajevo time to sort their visas. 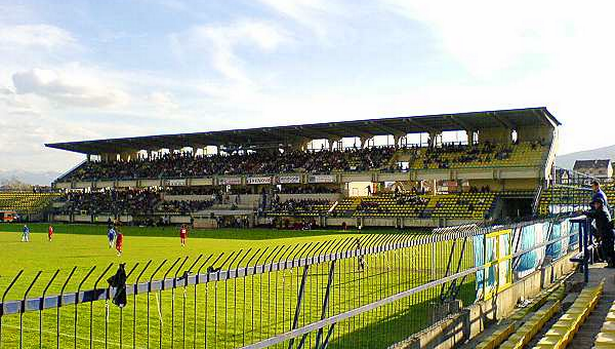 Macedonian Champions Shkendija narrowly lost out to Aberdeen in Europa League in 2015. The furthest they have progressed in Champions League qualifying is the third round, though, and that came last season when they lost to Red Bull Salzburg. They dropped into the Europa League playoff but were beaten by Rosenborg, who obviously had lost out to Celtic.

Kalju have won the Estonian title for only the second time ever last season. They have featured in the Europa League qualifiers a few times and back in 2013/14 season they made the play-offs. The Estonian Champions play on a plastic pitch so perhaps a tie against the Macedonians might be preferable?

None of these three sides Sarajevo, Shkendija or Kalju should pose much of a threat to Celtic in the early stages of qualifying. Once we get into August things should become much more challenging.