You are at:Home»Celtic Women»Charlie’s on fire – Wellings too Hot for ‘Well as Hibs set astonishing attendance record

Motherwell may have been the opposition tonight for Celtic FC Women’s midweek SWPL1 encounter, yet if the away dressing room was an unknown quantity for Celtic the rest of the surroundings of the Penny Cars stadium would have been far more recognisable due to the fact Celtic play their home games in this very ground.

It’s a funny old game, isn’t it? But there was nothing strange about the result as Fran Alonso’s side won a one side encounter by four goals without reply.

Despite the loss of any real home advantage Motherwell would have been more worried in facing up to a Celtic side who after a late, late show victory over Hibs on Sunday lunchtime found themselves unbeaten in three games and strong favourites against a Motherwell team rooted to the bottom of the league with just two goals scored and 13 conceded in their opening three games, and so it proved.

And talking of Hibs, the forward thinking Easter Road club won the Edinburgh Derby this evening against Hearts and in doing so set a new attendance record of 5512 for an SWPL match this evening. Surely Celtic are watching? 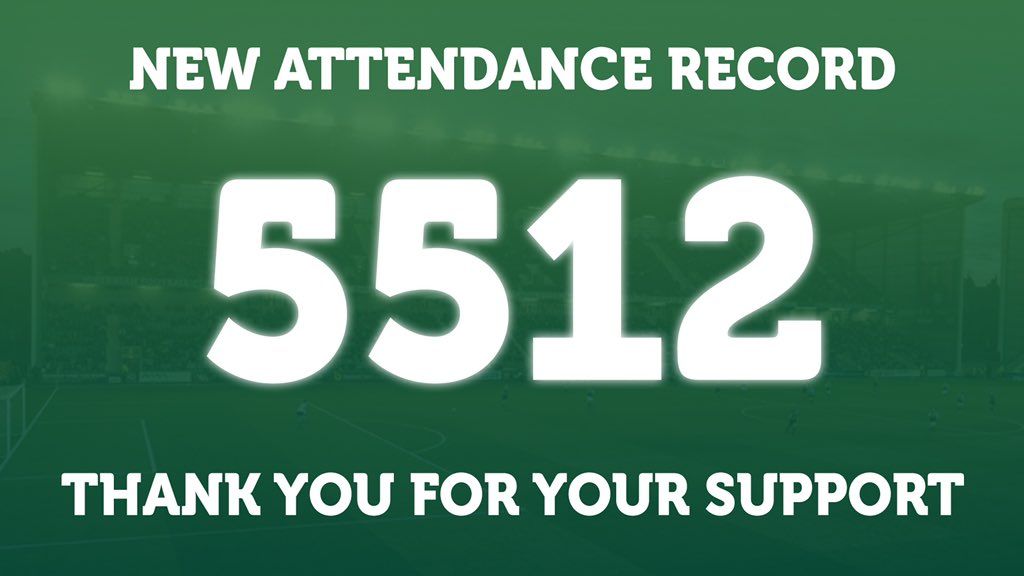 What a special night. Record attendance broke. Thank you to every single @HibernianFC @HibernianWomen fan coming out. I absolutely love this football club. From a season ticket to managing a competitive game at Easter road it’s a special feeling. #ThankYou pic.twitter.com/zE28J1eSva

Anyway, it was the weekend’s winning goalscorer who picked up where she left off this evening as Charlie Wellings grabbed a first half brace to ensure Celtic took a firm hold of this game from the outset.

The first goal came after just fifteen minutes and on the back of two earlier spurned opportunities Wellings showed she was just getting her eye in when she tapped home a Chloe Warrington cross to put Celtic a goal to the good. 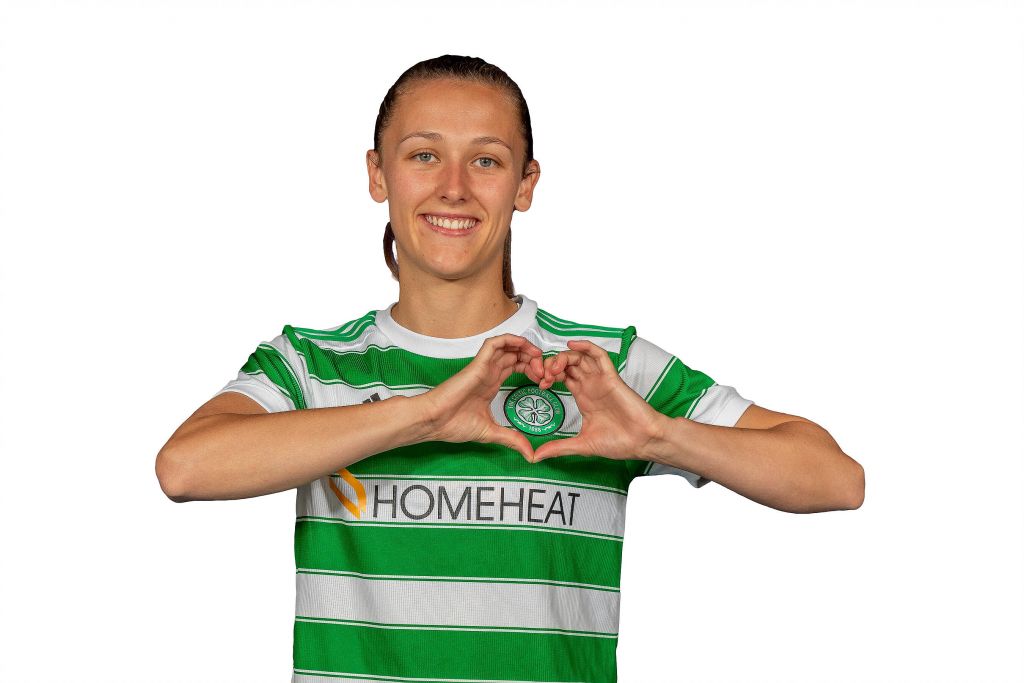 Wellings then added the second goal of the night moments after Rachel McGovern had shot straight at the goalkeeper, when she converted with a thumping finish following a cross from Mengyu Shen. Celtic then you would expect would be comfortable from here on in and it was nearly 3-0 when McGovern again from an excellent team move attempted a clever effort from outside the area only to see the ball go over the bar.

Celtic then went in at the interval with a two-goal lead and a performance that saw the opposition barely lay a glove on the impressive Celts.

The second half proceeded much along the same lines as he first half with Celtic particularly dominant in the wide areas but it took ten minutes before the first chance of note was created when Chloe Craig fed Rachel Donaldson who struck for goal only to see her shot held by Ramsay in the Motherwell goal. A minute later Charlie Wellings and Jodie Bartle were given a wee chance of a rest and were replaced by Carissa Larisey and Caitlin Hayes as Fran Alonso sought to rotate a team playing their second of three games in the space of seven days.

The substitutions seemed to spring the Celts to life as good link up play between Larisey and Shen left McGovern with the chance to score but the attempted effort cleared the crossbar, and soon after the ball was cleared off the line by Motherwell from a corner kick.

It seemed a goal was in the post and so it proved just two minutes after Motherwell’s close escape, and if luck was in for the ‘Well with the previous effort it deserted them entirely as a driven Donaldson cross took a massive deflection past the Motherwell goalkeeper and Celtic 3-0 up. And this was the cue for Alonso to refresh the team again as Cheyenne Shorts and Shen Mengyu were replaced by Tegan Bowie and Maria Olafsdottir Gros. 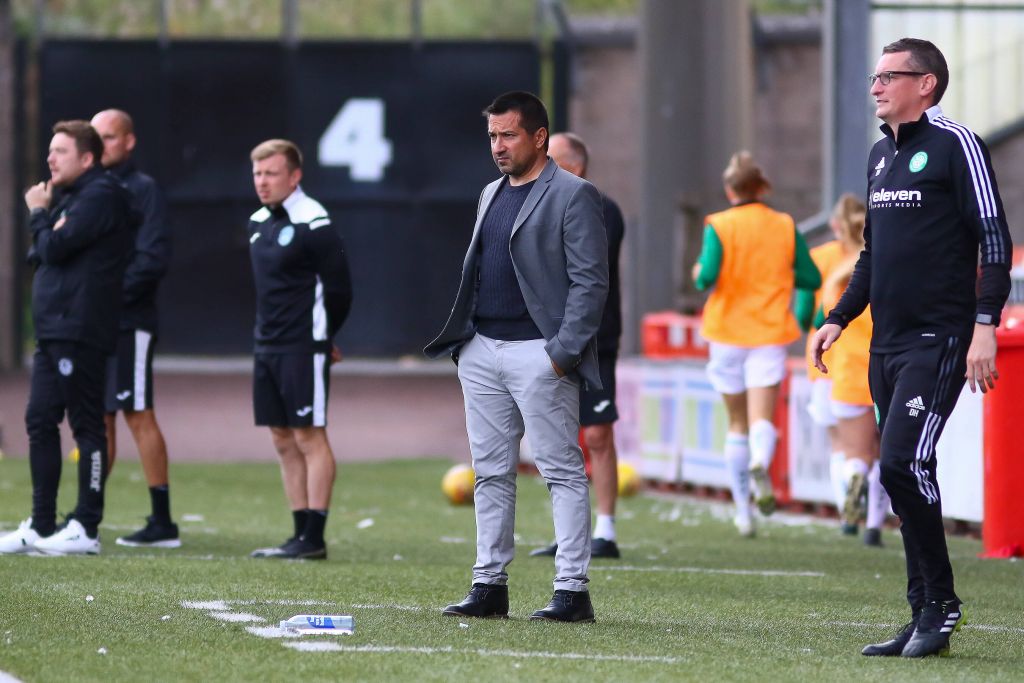 And once again the substitutions resulted in an upping of the tempo to Celtic’s play, yet it was from a set piece that Celtic made it four goals without reply as from an Olivia Chance free kick substitute Larisey managed to deflect the ball beyond the ‘keeper and Celtic into an unassailable lead.

There was to be no further scoring as Celtic saw out the final exchanges and held on to what they had. A thoroughly professional performance then from Celtic with plenty of goals a clean sheet and a return to the top of SWPL1.

As another Celtic manager has pointed out league titles aren’t won in September but it’s still nice view from the top for Celtic after a fine win over Motherwell this evening. Hopefully they all remembered to return to the away dressing room, after all old habits die hard, just as Celtic are showing with the unbeaten domestic start to this season to continue the 13 games without defeat as they closed out the last campaign. Dare to dream anyone?

✅ Three points and a clean sheet ✅