Chris Sutton has suggested two Championship managers for the managerial vacancy at Celtic Park. Neil Lennon brought an end to his second spell in charge of the 9IAR Champions as the quest for 10IAR appears over. Lennon was replaced on an interim basis by John Kennedy but bookies and media outlets are suggesting that a big name appointment in line with the moves to bring Martin O’Neill and Brendan Rodgers to the club.

Speaking to BT Sport’s Scottish Football Extra, Sutton suggested that mentions of Roberto Martinez and Rafa Benitez are unlikely but there are two realistic options in the English Championship – Michael O’Neill and Mick McCarthy.

“It’s a really, really difficult one. Maybe Celtic have something up their sleeve and will pull somebody in from the continent with a big reputation.

“I think somebody like Michael O’Neill has done a pretty decent job throughout his management career. Maybe have a shot for somebody like him.

“I’ll tell you an interesting one down south. Mick McCarthy’s gone into Cardiff City and turned them around. He may not be everybody’s cup of team but you sort of know he will organise his team and get them playing a certain way.”

Who do you think should take over at Celtic manager?👔💼 pic.twitter.com/VZH5iipBIV

The ex-Northern Ireland manager has been in charge with Stoke City since November 2019 and gained plaudits for transforming their failings and keeping them in the league. Currently, Stoke are tenth in the league and have the play-off places well within their reach. O’Neill knows the league having played with Dundee United and Hibernian to mention a few Scottish teams.

Another Irishman, and ex-Celt, Mick McCarthy has been tipped with a move to Celtic by Sutton with his deal with the Welsh side running out at the end of the season. Cardiff are in the play-off places and McCarthy will likely be more concerned with sealing a place in the top six than thinking about his future. McCarthy was a Celtic defender in the Centenary Season, providing steel to Billy McNeill’s side. 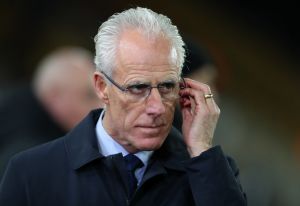 Both options are a bit more modest in terms of outlay but both are credible candidates. Celtic fans are probably hoping for more by the way of a Rodgers-esque marquee signing to show the fans the commitment to win back the league title.

Whoever takes over from Neil Lennon in the summer will need to be involved with modernising the club, building on from the last decade of domination that the club have enjoyed. Dominic McKay will oversee a transition, likely bringing in a DOF and new football operations.

John Kennedy appears highly rated and it would be good for the coach to retain a role in the new set-up as a new boss comes in with their staff. Whoever the new manager is should be entitled to their own management team, autonomy over signings with the DOF.