You are at:Home»Latest»Christie Wants to Regain International Pride

Ryan Christie has admitted that he wants to bring a sense of pride, that he has developed playing for Celtic, back to the National team after a week to forget off the pitch for Steve Clarke.

The high-flying Celtic midfielder will likely be in the team today to face Cyprus.

Call-offs, put downs and retirements have derailed Scotland since they failed to make it out of the group for Euro 2020; however, with a play-off semi-final booked in for next year, Christie reckons there is reason to be excited about being in the Scotland side, as reported in The Scottish Sun. 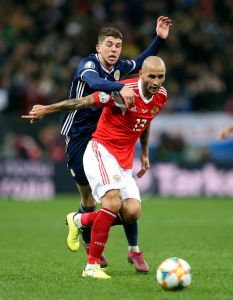 “To qualify and then play a match on home soil at Hampden would be unbelievable.

“We’re all desperate to be the team that makes history and makes it to a major tournament.

“I’m not dreaming of the Euros yet. But when the play-offs come round, that’ll be a major driving force. Getting to the finals would also be huge psychologically for the country. It would give our group a big boost.

“Playing in a tournament for Scotland is something the boys are all desperate to do in their careers. Moving on from that, it would give us a great base to build from.

“But that all starts with us getting momentum in these two games and then being ready for the play-offs.”

Clarke’s side have been rocked with Scott McTominay, Andy Robertson, Liam Cooper, Kieran Tierney and Ryan Fraser all having pulled out or asked not to be considered for selection. Meanwhile Steven Fletcher, Robert Snodgrass and Matt Ritchie have all decided to call time on their Scotland career. 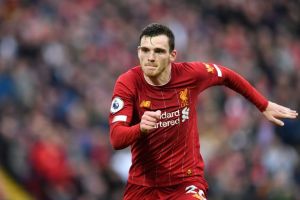 The games versus Cyprus and Kazakhstan act as an opportunity for the players that are available to play to keep their jersey for the play-off fixture. Despite the games being effectively dead rubbers, Christie reckons that players are hungry to be part of the play-offs so the games will have meaning.

“A lot of people are saying these games are meaningless but for us as players, it’s the polar opposite.

“We’re fighting for our place to play in these big games coming up. The gaffer has been saying that we want to finish third in the group and it would bring us to a good place come March.”

Christie’s winning mentality that he has developed at Celtic is essential to Scotland, along with players like James Forrest and Callum McGregor Steve Clarke has the nucleus of a successful team. 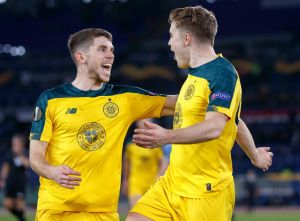 Forrest and Christie celebrate in Rome

Previous ArticleCeltic Legend Calls for Striking Reinforcements
Next Article ‘I wasn’t really pleased with the answers I got,’ Henrik Larsson on knocking back the Celtic Job