You are at:Home»Latest»Christie’s Crazy Comments: “It’s not a must win because we’ve still got plenty of games to go”

A fit and healthy Ryan Christie had to sit out the last Glasgow Derby back in October after having to self-isolate after coming into close contact with former Celt Stuart Armstrong while on Scotland duty. Armstrong tested positive for Covid-19 and named Christie and Kieran Tierney as the two persons he’d been in close contact with so a 14 day period of self isolation was imposed, despite both players continually testing negative.

Tierney was allowed to play for Arsenal before the 14 day isolation was over but Christie had to sit out the Glasgow Derby which an understrength Celtic side lost 2-0. Odsonne Edouard was also missing having tested positive himself during the same international break, while away with the French Under 21s.

“It was frustrating watching it from home the way it panned out the last time,” Christie told the Media as reported by Daily Record. “There were a few boys that missed out on that game that will be desperate to be involved in this one and get a taste of it for the first time this season.

“But we know it will be difficult to come out on top of it. (the)Rangers have been in good form this season but we don’t expect anything else. We’ve been right up there at the top over the last few seasons and when you have success like we have done you know everyone else will be pushing to get closer to that level.

“Yes, we have been frustrated by our indifferent form but we feel we have come through that now and we look back to our best again. That’s what we need going into this weekend.”

Strangely Christie reckons that Celtic would still be involved in the title race even if they lose tomorrow, logic that few if any Celtic supporters would share. Most would probably think that even a draw is a pretty terrible result and certainly the Ibrox forums are full of comments that they’d take a draw given the points advantage that they have at the moment. 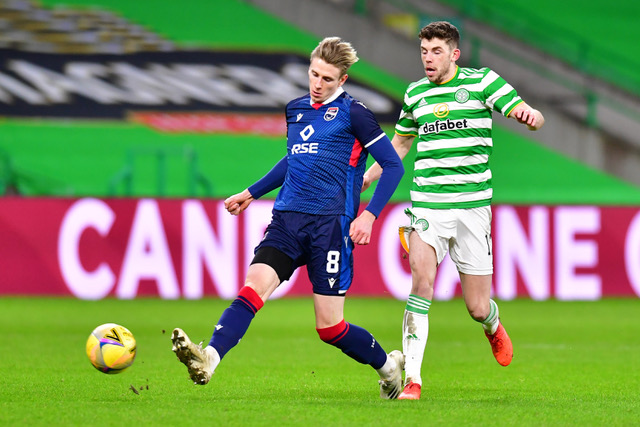 “It’s not a must win because we’ve still got plenty of games to go,” Christie argued but we’re not buying into that at all. “Obviously to win the derby, first and foremost, and get a bit of revenge for the first derby when there were a lot of different factors that came into play.

🗨️ "We’re desperate to come out of the other side with three points, to take that into the New Year and have a right go at it.”

Ryan Christie speaking ahead of #RANCEL – watch on YouTube 📺#CelticFC 🍀

“Obviously we are desperate to win it and come out the other side. But there are still plenty of games still to be played to find out who’s won the league.

“We’ll wait and see who is in the line-up. The squad’s done very well over the last few games, we are scoring goals and keeping clean sheets, we are in a good run going into the game.”