You are at:Home»Latest»Club president welcomes reports linking Celtic with his player

Realistically, almost every club in the world is a selling club in some way. They can either chose to embrace it and enjoy watching players move on to a higher level, or fight it and inevitably end up with some unhappy players who leave in acrimonious circumstances.

Celtic’s place in the food chain is starting to become clear, they will be outspent by the majority of top-league clubs in England, Italy, Spain and Germany, so they need to look to the lesser known leagues to find talent.

France has traditionally been a good breeding ground for the British leagues. The style of football is fast and physical so it’s a similar style, while Celtic can compete with the majority of teams there in terms of wages and transfer fees. We’ve seen Christopher Jullien come in and excel, so it makes sense to look for other players from there.

A report from HITC has indicated that Celtic have been trailing Le Mans winger Stephane Diarra for a while, and the president has acknowledged the interest too. They quote a report from Ouest France in saying he sees the interest as a positive thing rather than a threat.

That would suggest that he’s open to letting his star winger go. He’s only 20 so he might be seen as a project for now, but he could be an interesting signing for the future. 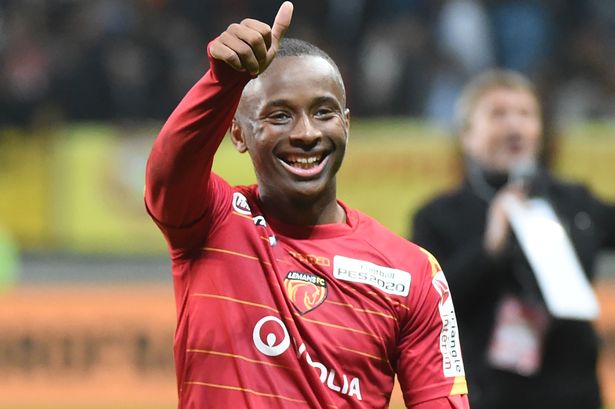 Diarra in action for Le Mans

The report does go on to indicate that his performances have shown he’s starting to outgrow Ligue 2, so he might need to make a move soon to continue his development. They also claim that Leicester and Newcastle are trailing him so there could be competition for his signature.

Wherever he ends up, it does sound like he’s an exciting prospect who could develop into a top class player in the future.

Previous ArticleFormer Celt Cillian Sheridan successfully tricks the internet into believing rumour about the Spurs ballboy
Next Article Photo: ‘I’m going to tell my kids this was Celtic’s allocation at Ibrox’