You are at:Home»Latest»Cluj pleas fall on deaf ears as they lose top spot in their league ahead of Celtic clash

The game against Cluj on Thursday won’t have any bearing on Celtic in terms of where they finish in the group, but it could still be a bit tasty for a number of reasons.

Neil Lennon’s men have already secured top spot but their Romanian opponents need to avoid defeat otherwise they will offer Lazio a golden chance to squeeze through. The Italians have an easy looking tie against Rennes who have pretty much given up, so this is big for Cluj.

We previously reported that the manager Dan Petrescu had made a desperate plea to the Romanian FA to postpone their game this weekend to help boost their chances of going through.

READ MORE: Opinion: The Europa seeding rules and why winning the group is vital for Celtic

Not only did they refuse to delay the game, Cluj actually lost the match and gave up their spot at the top of the league in the process. Their loss to mid table Botosani is hardly ideal preparation for such an important game.

A lot could depend on how Neil Lennon decides to approach the game in Romania. If you take emotion out of it then it makes sense to rest all your key players and look to get through the game with no injuries and focus on the Hibs game on Sunday.

The problem is that Cluj were so ungracious when they knocked Celtic out in the Champions League qualifiers  earlier this year, so it would be sweet to give them a big old taste of their own medicine in their own stadium. 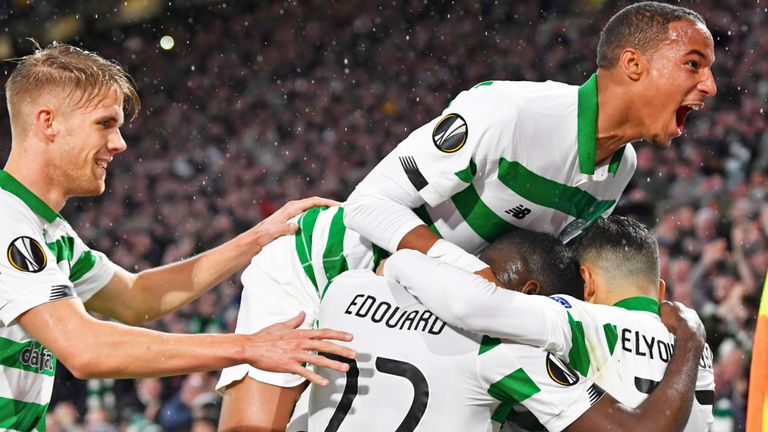 Celebrations vs Cluj in the Europa League win

Celtic might not even need to be at full strength, it looks like Cluj’s victory was more down to Celtic’s defensive deficiencies and lack of cohesion. They’re a much better side now and even the fringe players might be good enough to force a win.

At least it provides some excitement to a game that would have little meaning for Celtic fans otherwise.