You are at:Home»Latest»Confirmed – Celtic will play Riga FC in the Europa League third qualifying round next week

Celtic will face Riga FC in the Europa League third qualifying round next week after the Latvian side eventually got the better of the San Marino minnows Tre Fiori this morning.

The Europa League game between Riga FC (Latvia) and Tre Fiori (San Marino) has been abandoned due to concerns about the safety of the stadium.

It’s the end for San Marino football clubs in European competition for 2020/21, as Tre Fiori go down 1-0 to Latvia’s Riga Fc

The game had to be finished this morning as it was abandoned last night due to safety concerns.#UEL

The game started last night but had to be stopped with the game goalless due to weather damage to a floodlight. It was thought that Riga might have to concede the tie but after frantic negotiations with UEFA the game was played to a finish this morning and one single goal against a team from San Marino (even Scotland can beat them!) was enough to see Riga through to face Celtic next week in the Latvian Capital.

Celtic will face Riga FC in the Europa League third qualifying round next week.

Riga beat Tre Fiori 1-0 this morning, after their match was abandoned last night due to part of the stadium’s roof collapsing in a storm in the Latvian capital.

Few teams you’d rather avoid and some you would prefer https://t.co/sbONoiIbaC

Here’s our profile of Riga FC of Latvia… 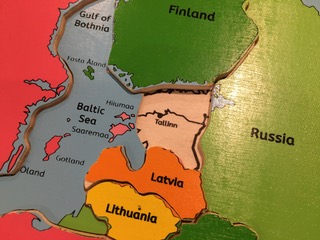 Only formed in 2014 they’ve risen to the top quickly, having won their 2nd Latvian title in 2019.

They’re currently 2pts clear at the top of the Latvian league. Celtic have never met a Latvian team before.

Riga was established in 2014 in the Latvian capital of the same name, following the merger of two existing sides, FC Caramba Riga and Dinamo Riga. Initially playing under the banner of FC Caramba/Dinamo, the club’s current name was adopted in 2016. 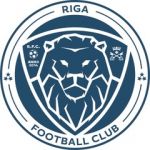 The club wear sky blue jerseys with white shorts and socks at home, whilst the away kit is an all-black outfit. 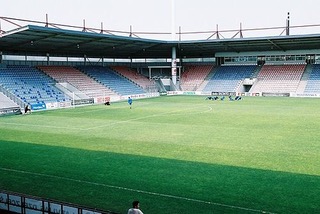 Riga FC play their home games at the Skonto Stadium in the heart of the capital.

The capacity there is 8,000, whilst the club’s home attendances average just 500. As the name suggests, it was the home of perennial domestic champions Skonto Riga, until their liquidation in 2016.

As the Latvian season runs from March until November each year, qualification for the 2020/21 Champions League is based on the campaign which ended in late 2019. Riga won the 9-club Latvian Higher League by seven points from fellow capital side FK RFS, with FK Ventspils a further 12 points adrift in third spot.

It has been a brief but successful start to life for Riga FC, winning the Latvian First League in their debut season of 2015, then improving year-on-year until their first Latvian Higher League title in 2018, which they retained the following year. They also completed a double in 2018 by winning the Latvian Cup, having been beaten finalists in the previous two competitions.

Riga FC has competed well in the last two European campaigns, winning three and drawing four of their 10 matches.

They made their continental debut in the first qualifying round of the 2018/19 Europa League, up against CSKA Sofia – Stan Petrov’s old team – eliminated only on penalties after both sides won their respective home legs 1-0, the Bulgarians scoring with all five shootout attempts in Riga.

Riga’s first Champions League appearance came last July against our old friends from Dundalk, the Latvians earning a 0-0 draw at Oriel Park, just as Billy McNeill’s Celts had done back in 1979. The return leg also finished goalless, meaning that Riga’s second European tie would end as the first one did, with a penalty shootout. A sudden-death miss by Armands Petersons saw the Irish team go through to face Qarabag of Azerbaijan by 5-4, whilst Riga dropped into the Europa League to meet the Polish side, Piast Gliwice.

An incredible finish in the away leg, with three goals in five minutes, saw Riga return to Latvia just 3-2 down. Despite then going behind early in the second leg in the Skonto Stadium, a quick equaliser from that man Petersons and a late winner from, ironically, a Polish striker, Kamil Bilinksi, saw the Latvian club win 2-1 on the night to qualify on the away goals rule.

Riga would face another former Celtic European opponent in the third qualifying round, HJK of Finland, a late Bilinksi equaliser in Riga seeing the first leg finish 1-1.

The Latvians would then come from behind twice in Helsinki, Ukrainian Roman Debelko completing his double with just 10 minutes remaining to enable a second consecutive Riga success on away goals.

The Europa League Play-off would see Riga paired with yet another name familiar to Parkhead supporters, although I suspect most of us are still a bit too raw to think about this one. FC Copenhagen would seal a 3-1 home win with a stoppage-time goal from Mohammed Daramy, that strike proving crucial as Riga only managed to pull one goal back through Brazilian Felipe Brisola in the Skonto Stadium, to exit the competition on a 3-2 aggregate.

Having edged out Dynamo Kiev to qualify from the Group Stage behind Sweden’s Malmo, the Danish side then eliminated Celtic in the Round of 32 in Glasgow, after a sickening late collapse from the Hoops.

You will have picked up already perhaps that many of the Riga FC squad hail from outwith Latvia, with players from Brazil, Ukraine, Czech Republic, Albania, Serbia, Democratic Republic of Congo, Russia and Colombia.

The head coach is also a Russian, former Spartak Moscow manager Oleg Kononov. I’m sure there is a pun or ten in there.