You are at:Home»Latest»Confirmed – Midtjylland v Celtic is live on Premier Sports on Wednesday 28 July

Premier Sports today confirmed that they will be showing four Celtic matches over the course of this month, the most significant being the second leg of the Champions League qualifier against FC Midtjylland on Wednesday 28 July.

The subscription broadcaster will start by showing the friendly on Saturday at Celtic Park, which kicks off at 5.30pm and of course will see 2000 supporters attending the match. They’ll then broadcast the Champions League qualifier first leg against the Danes next Tuesday (20 July, kick-off 7.45pm). Then Premier Sports will show the friendly at Celtic Park against West Ham on Saturday 24 July (3pm kick-off) before the vital second leg in Denmark on 28 July (kick-off 6.45pm). 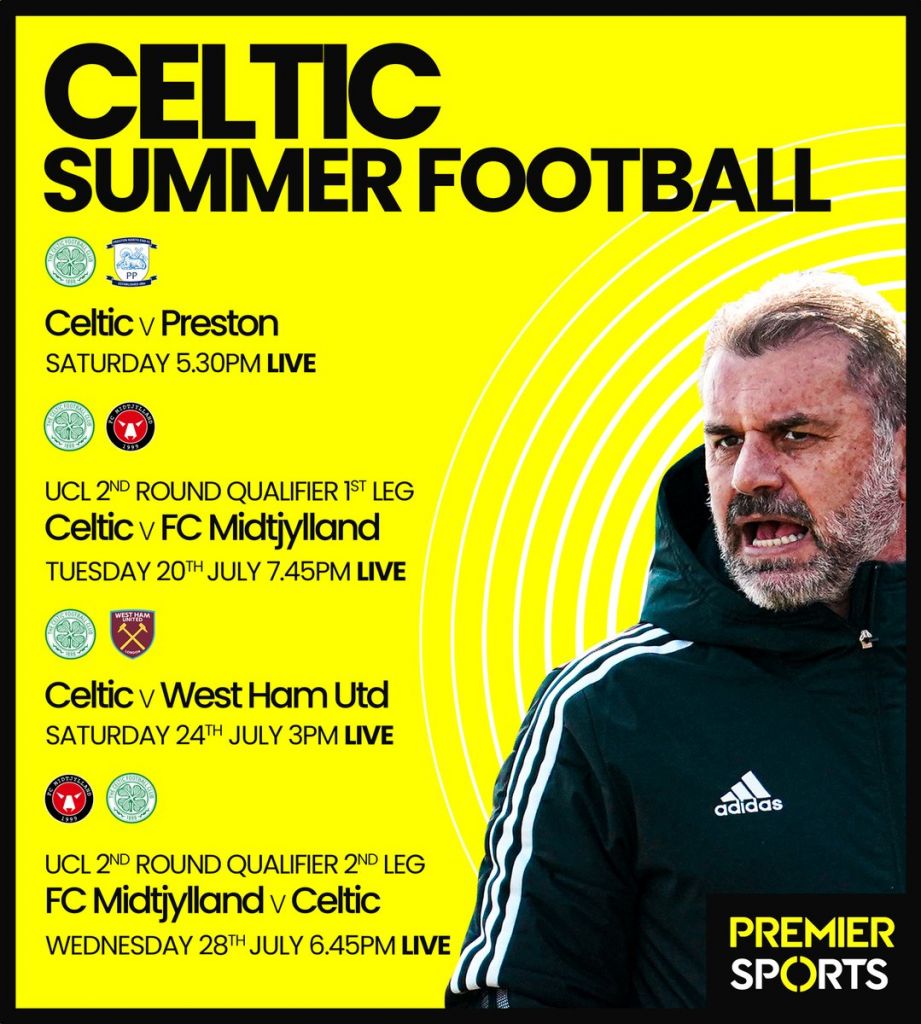 The significance of that one in broadcasting terms is that this is likely to be the only place where we’ll be able to see the game. The first three matches are included as part of the season ticket – although more fans will be permitted to attend the games, with perhaps up to 18,000 able to attend the first leg next Tuesday against Midtjylland.

Celtic in discussion with Scottish govt and Glasgow City Council in the hope of getting 18,000 fans into Celtic Park for their Champions League with Midtjylland on Tuesday night. @STVSport for more soon.

🍀 We are delighted to announce live coverage of 4 upcoming @CelticFC games, including their #UCL Champions League Qualifiers against FC Midtjylland!

Photo Of The Day: Celtic’s Last Away Win Over Livingston
The Story Behind Real Betis Balompie’s Connection With Celtic And Their Recent Hoops Tribute
Charlie Nicholas shockingly fires shot at Stiliyan Petrov