You are at:Home»Latest»Conor Hazard Video – “My ambition is to get more regular first team football. It should be a big two years to come”

We promised to bring you the Celtic TV interview with Irish goalkeeper Conor Hazard who today signed a new two-year contract at Celtic as we reported earlier.

“My ambition is to get more regular first team football. It should be a big two years to come,” Hazard told Celtic TV. It is clear that Celtic have had difficulties with all three goalkeepers this season and perhaps of the three the one who can hold his head up the highest after his debut in the Europa League win over Lille and crucially his two penalty shoot-out saves that won Celtic their fourth consecutive Scottish Cup and completed the quadruple Treble on 20 December.

And the exciting news today that the Scottish Cup for this season will resume this month with the final back in its usual spot in May. Hazard will be eyeing his second Scottish Cup winners medal in the space of six months. Here’s hoping…watch his interview below.

💬 “My ambition is to get more regular first team football. It should be a big two years to come.”

“I’m over the moon,” Hazard told Celtic TV. “It was a long process and I’m delighted to get it over and done with.

“Even just making my debut was amazing. I played five games in the league, the Europa League game and then the cup final which was unbelievable and something I’ll never forget.

“Just playing seven games altogether this season has given me a great boost in my confidence. I go into training every day knowing there’s an opportunity to get in the team and go an perform and get a few wins.

“It’s given me confidence. Playing at a big club like this, there’s a lot of pressure from fans. The fans are amazing and it’s crazy when you go into Asda and places like that and start getting recognised,” Hazard added. 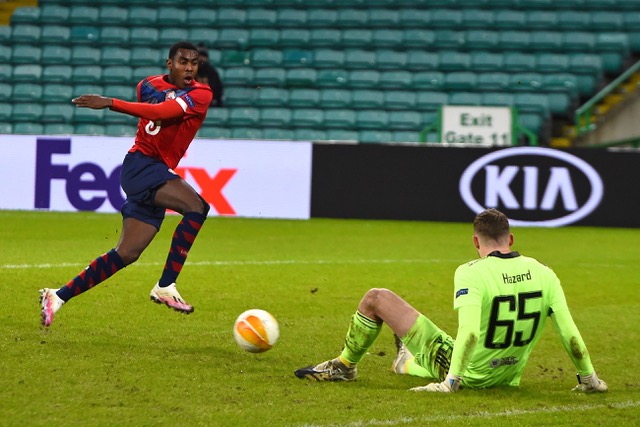 “I want to get more regular first-team football here. I’m just looking forward to each day. I’ll keep working hard and it should be a big two years to come.

“I owe Stevie Woods a lot now. There’s been a lot of goalkeeping coahces I worked with through the years at the club like Colin Meldrum before moving up to work with Woodsy.

“His training’s been unbelievable, you learn something new every day and you strive to be better and better.

“You haven’t seen the best of me yet, there’s still a lot more to come. I know I’m 22-years of age and have a lot to learn but I know I have the potential t get there.”

Previous ArticleMassive Boost for Celtic as Scottish Cup resumes this month with Final confirmed for 22 May
Next Article “Celtic For The Cup,” David Potter’s Joy at Scottish Cup Resumption