You are at:Home»Latest»“Costco CSC hits again what an absolute gentleman” as Alistair Johnston is captured

Celtic defender, Alistair Johnston was snapped shopping in Glasgow this week by a supporter of the club. After capturing Japanese international, Daizen Maeda in the past, the same lucky guy has managed to bump into another one of our World Cup stars from earlier this year.

The Twitter account half man half outnumbered has posted another snap of himself with a current Celtic team member once more. Lightning striking twice doesn’t often happen, but when it does, it can be really satisfying in this instance. It’s always great when the fans get to meet some of the first team stars at the club and interact with them outside of the football environment. 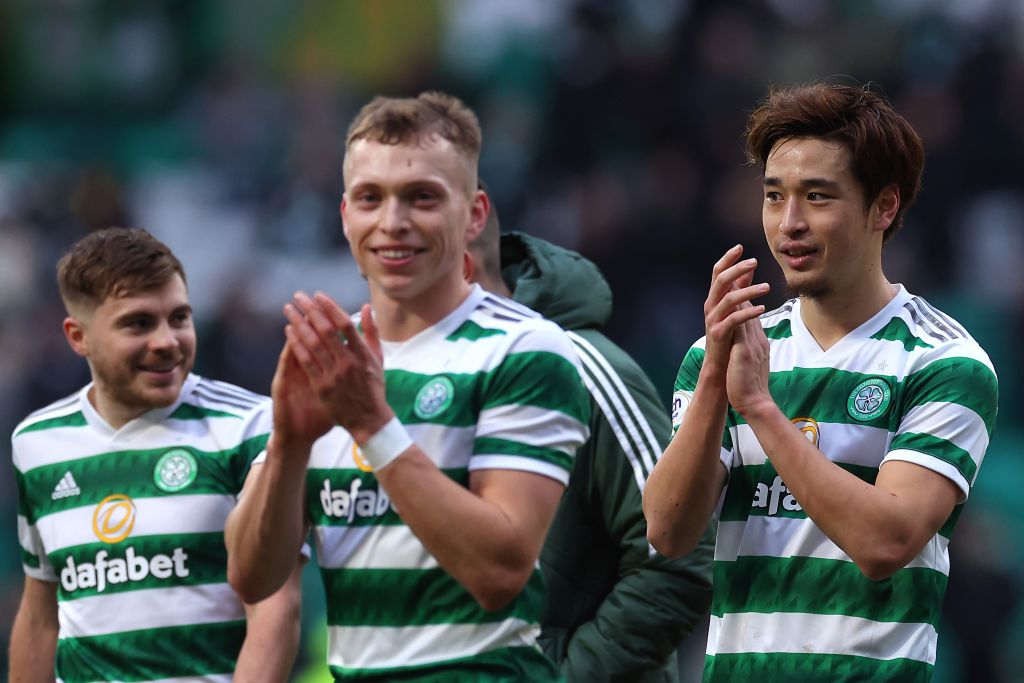 : Yuki Kobayashi of Celtic applauds the fans following the team’s victory in the Scottish Cup Fourth Round match between Celtic and Greenock Morton at Celtic Park Stadium on January 21, 2023. (Photo by Ian MacNicol/Getty Images)

Well, Ally Johnston certainly didn’t disappoint this eagle-eyed fan as he went about his shopping in Costco. Posting a picture of the two of them, the Hoops supporter cautioned the photograph: “Costco CSC hits again what an absolute gentleman”. It’s no surprise to hear that about Alistair after watching how well he comes across in interviews with the media.

It’s not enough for Ange that he signs good footballers; each and every one of them at Lennoxtown has to be an equally good character with a strong moral fibre. We can see that this is evident from the way this team conducts itself both on and off the park. It truly is a pleasure to watch Celtic at this current moment in time. Hopefully it remains this way for years to come!

Meanwhile, here’s that photo of Ally with the Costco CSC!