DAMIEN DUFF has called Callum McGregor ‘world class’ when reflecting on his time as first team coach with the Scottish Champions. The Irishman worked under Neil Lennon from February 2019 when Brendan Rodgers left up until last month when family reasons forced him to leave the role.

Speaking to Si Ferry’s Open Goal show, the Premier League winner at Chelsea said that CalMac had the ability to play at the very top, saying the 27-year-old would be able to play with Lionel Messi at Barcelona.

“McGregor is world-class. I tell him this all the time. He could play in Barcelona. Taking information, the king of simplicity and making the right decisions. World-class.” 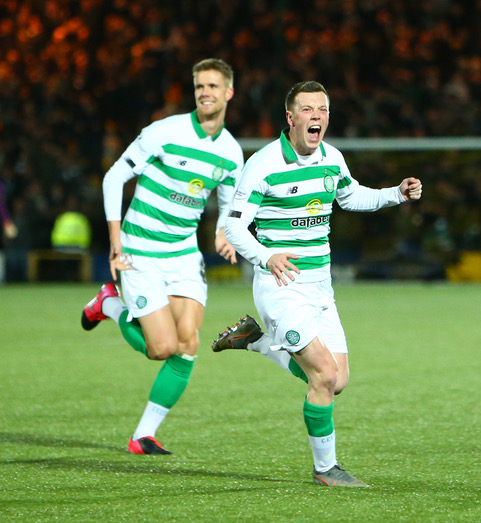 McGregor has already been earmarked as Scott Brown’s replacement as Celtic captain but the midfielder feels that he is incredibly lucky to have the career that he has enjoyed so far. Starting out in 2014 under Ronny Deila, McGregor proved himself to be one of the top operators in Scottish football and has since played 275 times for Celtic, racking up numerous trophies on the way.

In a wide ranging interview, Duff talks about his own playing career before discussing his coaching career with Celtic. The highly-rated Irishman returned to his homeland due to family reasons being replaced by Gavin Strachan in his role as first team coach to Neil Lennon.