What was I to do on 3 May 1986? Was I to go to Love Street? Wednesday’s result against Motherwell (2-0 at Fir Park) gave Celtic a chance, but it needed a big win over St Mirren, and Dundee to beat Hearts at Dens Park (not really likely because Dundee had too many blue nosed spies like John Brown and Archie Knox in their ranks).

So was it worth going to Paisley, having to drive through them going to their game at Ibrox? In the rain? Ach, no, too far from my house for something that would be wonderful if it happened… but was not very likely.

Better to give my other love of Forfar Athletic a chance today. They were playing at Alloa, and another unlikely combination of circumstances involving Falkirk and Kilmarnock both losing and Forfar could yet see the Loons in the Premier League. 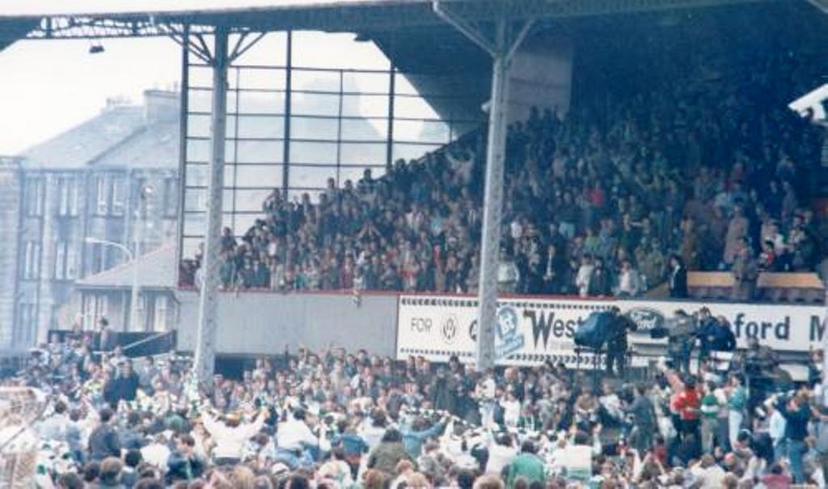 Unlikely scenario in many ways, but it would be good to be part of it, if it could happen! Forfar in the Premier League? Never, said the cynics – but 1986 was before Gretna, Inverness and Ross County.

In any case, Alloa was closer to my house than Paisley and there wouldn’t be any problems with getting the car parked. The weather was bad, and the game was awful, but at half time Forfar were winning 2-1, but Falkirk and Kilmarnock were winning as well. Goalless at Dens Park, but Celtic, with the pressure off them were going to town to beat St Mirren 4-0, and another one came soon after.

The game re-started and Forfar lost a goal to make it a draw. Not enough for promotion, and it was wet, damp and I was getting cold at Recreation Park, a ground not really in 1986 designed for spectator comfort. Weak, watery Bovril was all I had for comfort. Things slipping away from Forfar, and time running out.

Then I saw a boy with a transistor jumping up and down.

“What’s happened” I asked pretending not to be too interested while I was boiling inside. 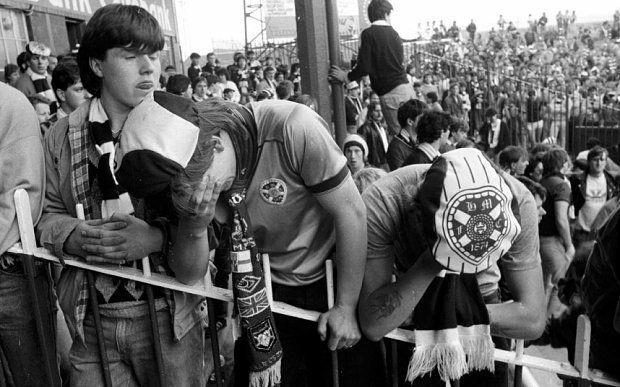 I made the same mistake as they all made at Ibrox. I thought the guy’s name was Walter – that chap that played for Hearts.

But by now close enough to pick up the odd phrase from the crackling transistor, I heard “the fat’s in the fire” and “what a climax” and stuff like that, then another loud cry and “Kidd again!” “Dundee 2 Hearts 0 … and some crowd disturbance”…

“Deplorable, but the Dundee police are doing a great job…”

By this time the chap with the transistor was my greatest friend, as interest in what was happening on the park faded and disappeared. Full time came at Dens Park, and I tried to work out how many goals St Mirren would have to score now, when “and Mr Waddell has picked up the ball” and “Celtic are the champions”.

Here’s what that wee boy, and tens of thousands of Celtic fans, was listening to on the radio that afternoon. Goosebumps guaranteed listing to this…

I can’t remember how I drove home that night. I may even, like Peter Pan, have flown as I took in all the post-match gossip and interviews. But oh, you bloody fool, I cursed myself. You should have gone to Paisley!

TV was good that night, though! Here’s the second half highlights from Dens Park…

And here’s the highlights from Love Street.

Previous ArticleAlbert Kidd? ‘I would like to have kicked his head in,’ Sandy Clark on BBC Scotland
Next Article Boyata Blow as Hertha Berlin’s boss, after 5 consecutive defeats, does a Murty