Scotland have done very well to make it to the Euro play-offs. They will take on Israel in March at Hampden Park. And according to David McCarthy, the key to the team’s success might be in the hands of Celtic goalkeeper, Craig Gordon, who is currently struggling to get into the club’s first-team.

It was not long ago that Craig Gordon SFWA’s Footballer of the Year. But his downfall has been quick since then. The 36-year-old has not found a way to make it into the Celtic team since the return of Fraser Forster at Parkhead. And if the Englishman’s performance in the League Cup final is anything to go by, it does not look like Gordon will be back in the first-team fold anytime soon.

Scotland have a solid midfield that boasts the likes of John McGinn, Callum McGregor, Scott McTominay, Stuart Armstrong and Ryan Jack. And we all know what James Forrest and Ryan Christie are capable of on the wings. Their attack is also solid as well if not spectacular with Steven Naismith, the emerging Lawrence Shankland and hopefully a fully-fit Leigh Griffiths. But it is in defence that the team lacks. 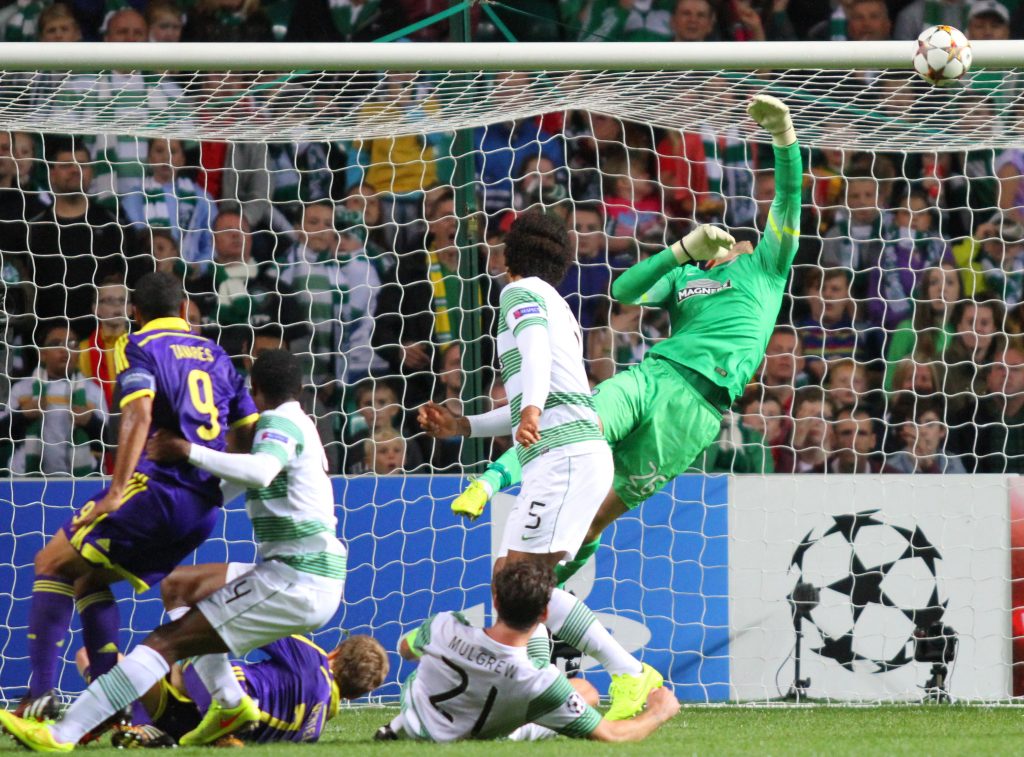 Steve Clarke quite clearly has not managed to find his best defensive set up yet. Andy Robertson is world class, there is no doubt about that. And it looks like Liam Palmer has managed to dislodge Stephen O’Donnell at right-back. But there has been much chop-and-change at the heart of defence. And while David Marshall is serving as the nation’s first-choice goalkeeper right now, on his day Craig Gordon is much better than the 34-year-old.

David McCarthy believes that despite not playing much football these days, Gordon is still Scotland’s best hope in goal. In the Daily Record he wrote:

“The back four is the problem, and in particular the heart of the defence. Which is why the man playing behind whichever pairing Clarke goes with has to be the best Scottish keeper available to the national boss.

“And that’s why I’m hoping against hope that Craig Gordon gets himself out on loan in the January transfer window.

“With Allan McGregor having closed the door on his Scotland career, the Celtic keeper is the best we’ve got by a distance.”

Unfortunately, Gordon’s best days might very well be behind the Celtic star. He has not been very active for almost a year now and combined with his history of serious injuries, his international career might very well be over for good. But if he is to have any chance of making a return, a move away from Parkhead appears to be the best option at this moment.