You are at:Home»Latest»David Potter – ‘The atmosphere almost compels players to do well and Daizen Maeda had his dream start’ 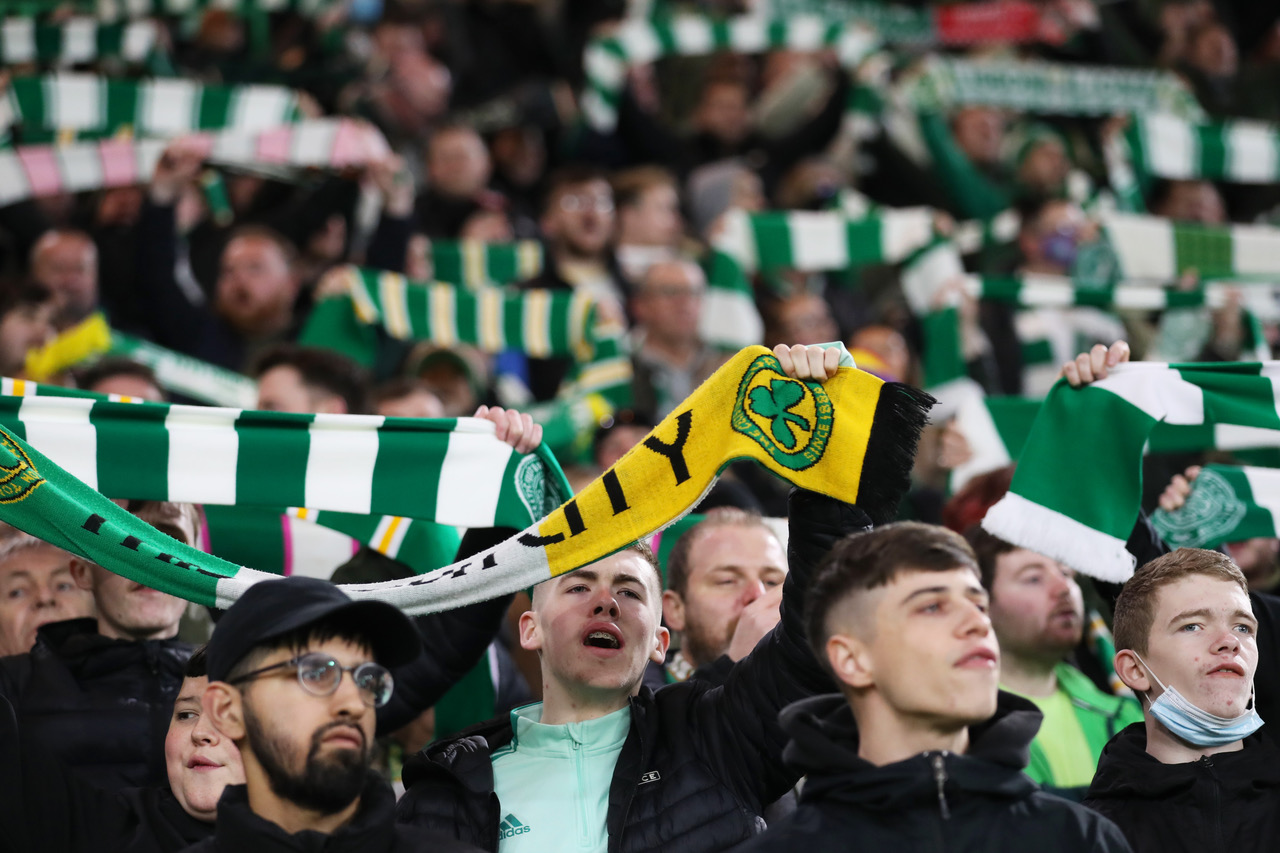 Welcome back to everyone! It’s been a long three weeks, but it was worth the wait. It was a comfortable albeit far from spectacular win, but enough to allow everyone to leave Celtic Park with a smile on their face. It was never a game that I felt we were ever like losing, and usually I am exceptionally neurotic about even a two goal lead. We just seemed to be in command with Carter-Vickers and Starfeld gobbling up everything that came down the middle.

Occasionally, Joe Hart scares me with his kicking and general brinksmanship, but there are few better shot stoppers around. Hibs only real moment came when they hit the post just before Celtic scored.

As for our new friends from the Orient, I don’t know what they made of Celtic Park on their first appearance there, but it fair sent the goose bumps going on me, and I’ve been coming here for nearly 60 years now! The atmosphere, particularly at the start, almost compels players to do well, and Daizen Maeda had his dream start after some good work form Tom Rogic. 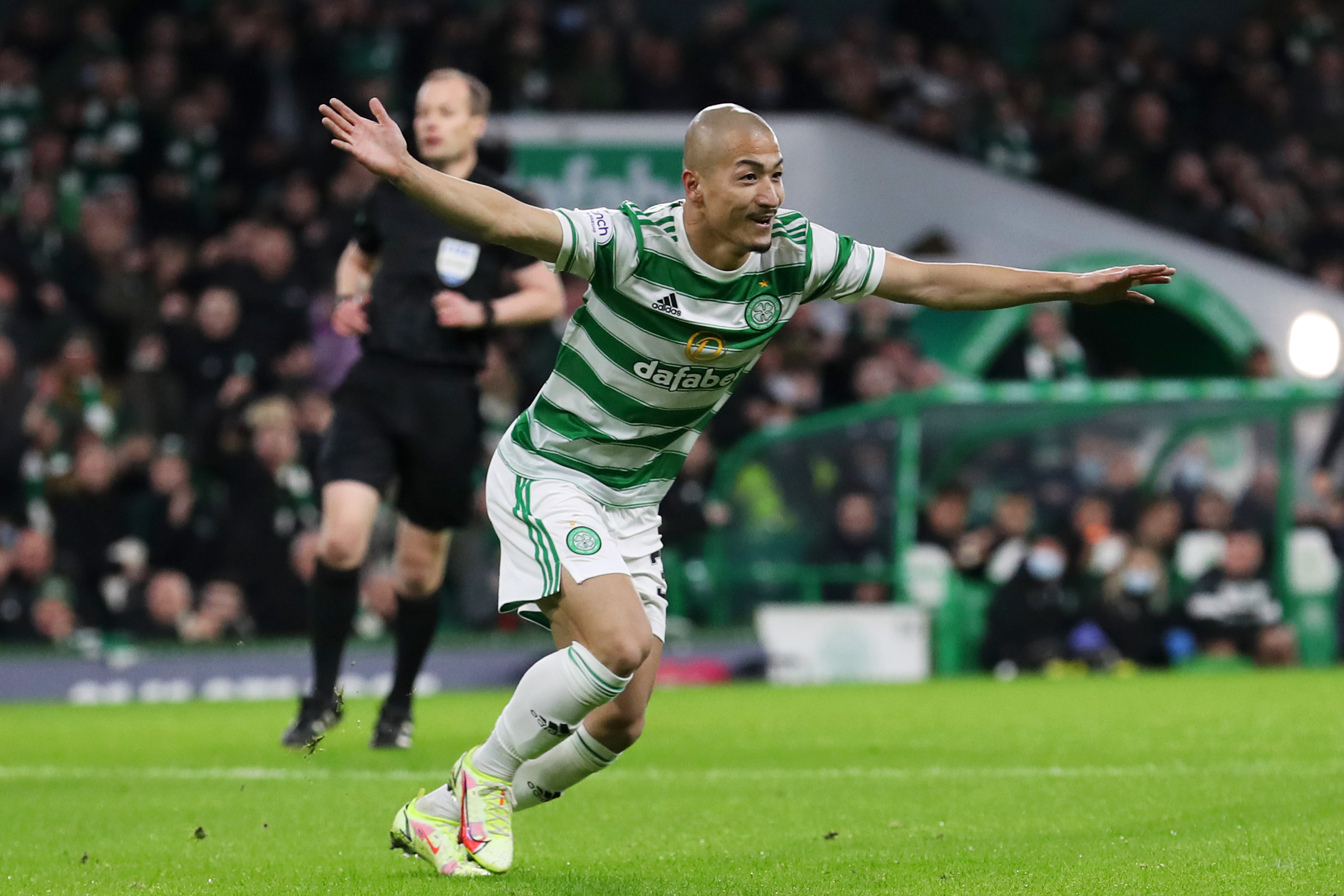 GLASGOW, SCOTLAND – JANUARY 17: Daizen Maeda of Celtic celebrates after scoring the opening goal during the Cinch Scottish Premiership match between Celtic FC and Hibernian FC at on January 17, 2022 in Glasgow, Scotland. (Photo by Ian MacNicol/Getty Images)

Then our favourite Uncle. Uncle Willie, gave us a penalty (correctly, I think, although we would have moaned like hell and talked about handshakes and conspiracies if it had been the other way round) which Josip Juranovic (my Man Of The Match) never looked as he was going to miss. 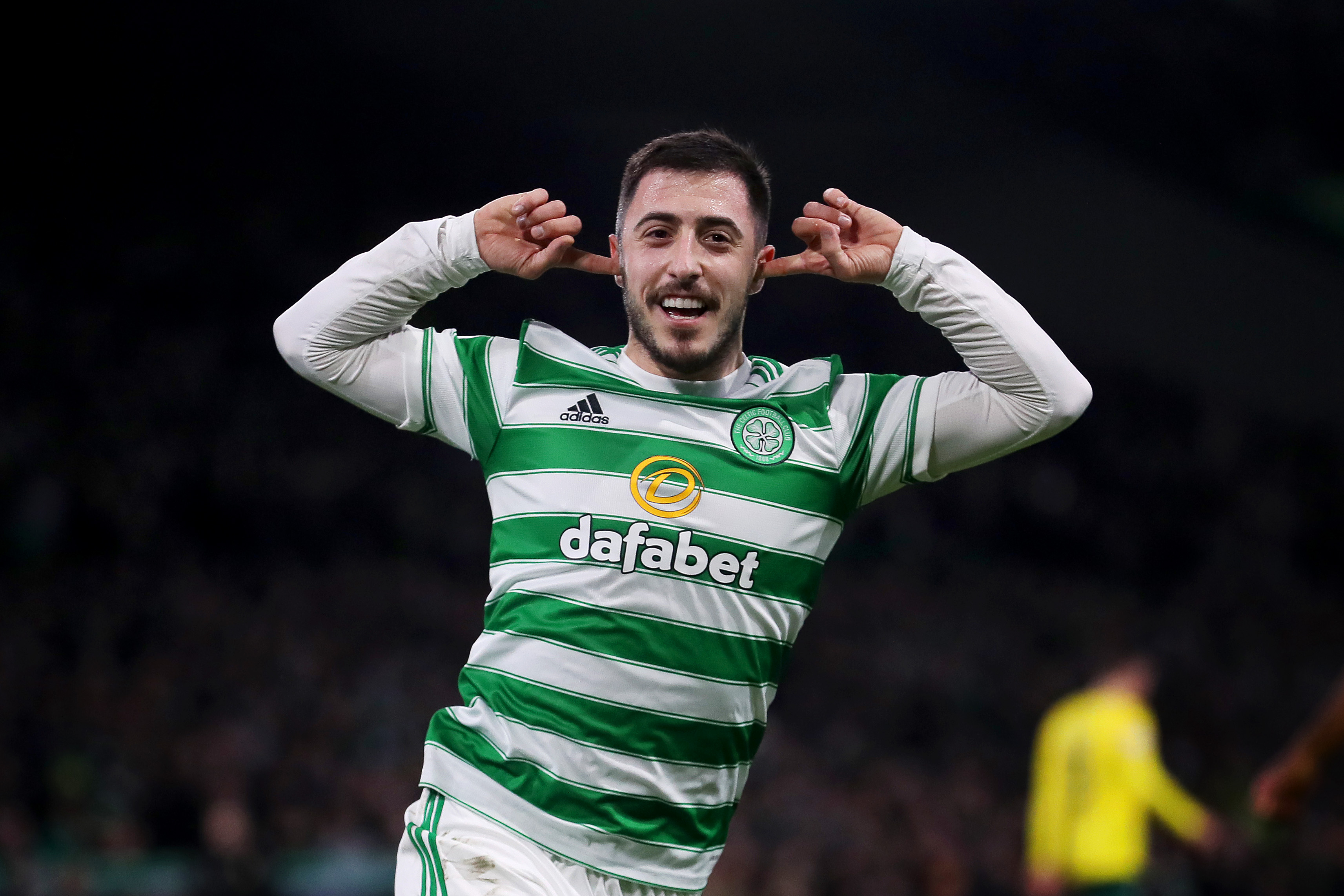 GLASGOW, SCOTLAND – JANUARY 17: Josip Juranovic of Celtic celebrates after scoring from the penalty spot during the Cinch Scottish Premiership match between Celtic FC and Hibernian FC at on January 17, 2022 in Glasgow, Scotland. (Photo by Ian MacNicol/Getty Images)

The Japanese players all played well – Maeda took his goal well and I love the way he kept harrying the goalkeeper, Reo Hatate looks a real class act with some absolutely visionary passing, and although we saw less of Ideguchi, we saw enough to makes us think there is something there as well.

There were no real failures. Greg Taylor occasionally gets caught out of position, and should possibly stick to his wing more, but everyone else.played their part, as did the Parkhead crowd who have clearly been suffering the same withdrawal symptoms that I have.

It is now time for a serious assault on the Scottish League. Clearly Aberdeen can do us a favour tonight, but even if they don’t, the League is still within our reach if we play like we did. And the Scottish Cup and the Europa Conference are very winable tournaments. But Alloa first on Saturday. Don’t anyone underestimate them! Remember Clyde, Inverness, Arthurlie etc….”