You are at:Home»Latest»David Potter’s on Celtic’s Scottish Cup semi-finals record

Celtic have played in 77 Scottish Cup semi-finals. We have won 57 and lost 20 (ignoring draws which went to replays or as in 2016, a tragic penalty shoot out), and we have played against 27 different clubs including five that are sadly no longer with us – St Bernard’s, Port Glasgow, Third Lanark, Clydebank and Rangers.

The team that we have played against the most often have been Rangers/theRangers who lead us 6-5 in a total of 11 semi-finals (against either of the two Ibrox clubs) and only two other teams are beating us on semi-finals. They are the Highland duo of Inverness Caley Thistle and Ross County, but then again they have only played us once each – and we blew it big time on these sad occasions of 2010 and 2015! 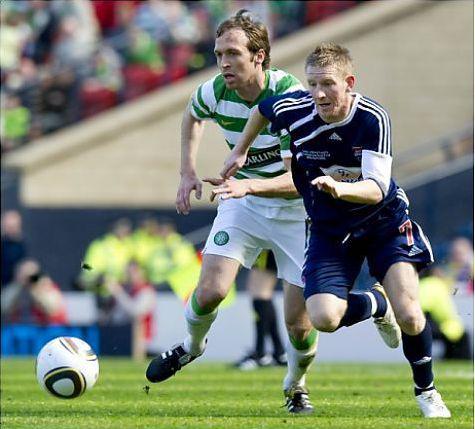 But let us think about happier things. Aberdeen, Sunday’s opponents, have faced us six times, and the semi-final score at the moment is Celtic 5 Aberdeen 1. In 1908 at Pittodrie (neutral venues for semi-finals were not used until 1912) Jimmy McMenemy scored the only goal of the game, and in 1911, it was Jimmy Quinn who did the needful. In 1926, the venue was a grossly over crowded Tynecastle and Jimmy McGrory and Tommy McInally were the goalscorers in the 2-1 win, and in more recent times we beat the Dons 4-0 in 2011 at Hampden with Charlie Mulgrew, Joe Ledley, Kris Commons (penalty) and Shaun Maloney on the scoresheet, and in 2019 we won 3-0 with James Forrest, Odsonne Edouard (penalty) and Tommy Rogic finding the net.

On each of these occasions, with the exception of 1926, we went on to lift the trophy. The goals tally in all six semi-finals is Celtic 11 Aberdeen 2.

And what about the one that got away? That was 1983 and there was a reason why we lost that one. Well, let’s be honest, under Alex Ferguson, Aberdeen had not a bad side anyway, but they only beat us 1-0 and our star man was missing.

He was “detained” somewhere, I understand, somewhere from which it was difficult to escape – er – I mean to extricate himself. I won’t mention his name but he is a well known and much loved pundit on Sky Sports who frequently endears himself to Celtic supporters and readers of this website in particular by his unswerving loyalty to the cause and 100% support of the team. Later on in 1983 he showed how much he loved the club by disappearing to Arsenal – no, it wasn’t Kieran Tierney who wasn’t even born in 1983 – it was somebody else.

But no, I won’t tell you who he is, nor why he didn’t play in that semi-final. As they say in some Brotherhoods, “It’s a secret!” – but everybody knows anyway! Or if you are really stuck, you just have to ask someone!