You are at:Home»Latest»Davie Hay believes Celtic could end the title race before the New Year

Celtic are currently five points ahead of the Rangers in the Scottish Premiership table although they have played one more game than their Glasgow rivals. The pressure is firmly on Steven Gerrard’s men who have been relentlessly chasing the reigning champions of Scotland but have fallen short both times they have faced the Hoops this season.

The two sides will again face each other at the end of this month and depending on results leading up to that match, Celtic could end up taking an eight point lead over the Rangers. This time around Neil Lennon’s side will have the advantage of playing at home as well after having played the first two derbies of this season at Ibrox and Hampden Park, respectively.

Celtic had targeted to finish the year 8 points clear off of their Glasgow rivals and they could achieve it with a win over Steven Gerrard’s men next Sunday. And Davie Hay believes that if that happens then the title race could over then and there. 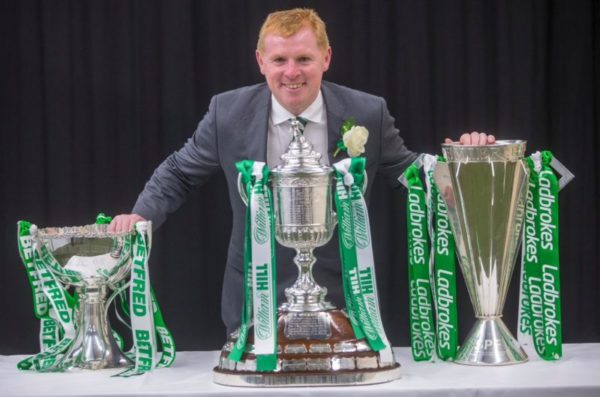 While speaking with Glasgow Evening Times, the Celtic legend said:

“It looks as though Celtic may well reach their goal of going into the winter break eight points clear, and if they do, then the bookies will stop taking bets on the destination of the Premiership title.

“Okay, there are a few ifs and buts to come before such a scenario comes to pass, but you can’t underestimate the importance of such a lead from a psychological point of view going into the winter break. For Celtic and for Rangers.

“It was no surprise to hear Celtic manager Neil Lennon say that the pressure is now on Rangers after that win at Hearts and, while there is obviously an element of mind games going on, I think there is a lot of truth in that, too.

The Rangers have put up a good fight this season but the gap between the two Glasgow teams is still pretty prominent. Winning trophies has become almost second nature to the Hoops over the past decade and it will be a huge task for any club to knock them off the top.

Previous ArticleJim Craig – Wishing you all, wherever you are in the Celtic World, a Happy Christmas
Next Article Neil Lennon gives Elyounoussi and Elhamed injury update