You are at:Home»Jim's Diary»‘On this day in 1925 our visitors to play in the Scottish Cup, was Solway Star,’ Jim Craig

In the early decades of the 20th century, a football team known as Solway Star was based in Annan, Dumfriesshire.

The team had been founded in 1911, initially only being involved in friendly matches and cup ties but in season 1923-24, they were invited to join the newly-formed 3rd Division along with Arthurlie, Beith, Brechin City, Clackmannan, Dumbarton Harp, Dykehead (Shotts), East Stirlingshire, Galston, Helensburgh, Leith Athletic, Mid-Annandale (Lockerbie), Montrose, Nithsdale Wanderers (Sanquhar), Peebles Rovers, Queen of the South Wanderers and Royal Albert (Larkhall).

In the Scottish Cup of 1921-22, Solway Star were beaten 7-2 in the first round by St Mirren. They then missed out in qualification for the 1922-23 and 1923-24 competitions but did get through to the 1924-25 Scottish Cup, where they beat Stenhousemuir 4-2 in Round One before overcoming Vale of Leven in Round Two by 2-1 in a replay after the first match ended in a 3-3 draw.

That, of course, put the Borders side in the draw for Round Three and when the teams were paired up at the SFA offices, the Solway Star officials must have been both delighted and a little apprehensive when their name came out alongside that of Celtic – pleased that they would pick up some money from the gate at Parkhead but possibly a little nervous about playing a side two divisions above them. 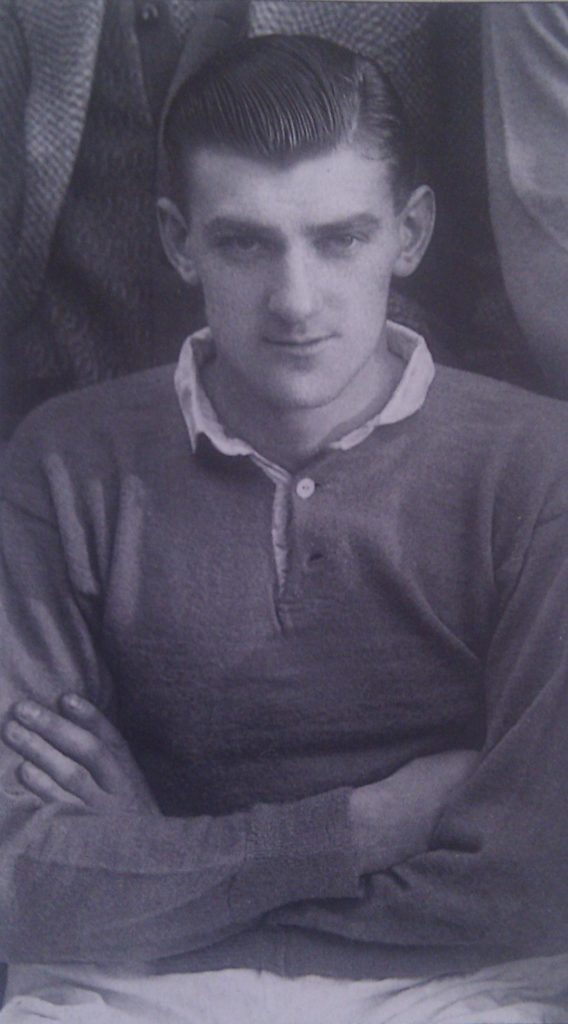 On this day in 1925, a crowd of 7,000 was inside Celtic start to witness the tie. Right from the start Celtic took control but their finishing was not good. Alec Thomson (pictured)eventually opened the scoring with a header and near the interval Jimmy McGrory made it 2-0 to Celtic.

In the second half, Solway Star did come back into the match but their finishing was as erratic as the home team and Celtic held out fairly comfortably for a 2-0 victory.

Solway Star might have gone out of the competition but their share of the gate takings of £320 would have eased their disappointment a little. 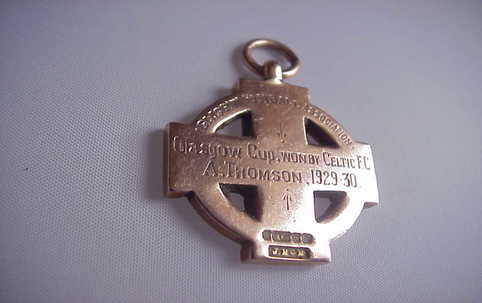 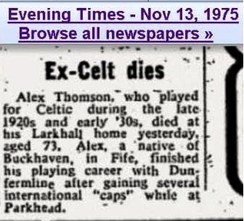 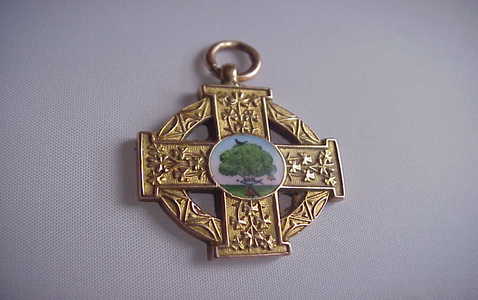 Previous Article‘Difficult for Zenit to play against a big and strong striker like Moussa,’ Ntcham
Next Article In praise of Scott Brown, Celtic’s omnipresent anchorman