You are at:Home»Latest»Dermot Desmond looks to appoint his son whilst Hammond’s job is under threat, according to report

Dermot Desmond looks set to appoint his son into a hands-on role at Celtic according to a sensational report. The club’s major shareholder is believed to be considering a role at the club for his son, Ross Desmond, who has acted as a proxy for Dermot at AGMs in recent times. Football Insider claim that Desmond wants his middle son to get involved with the day-to-day running of Celtic. 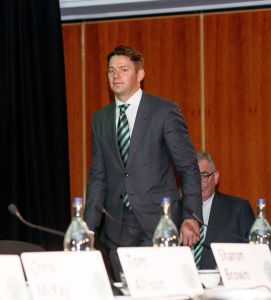 The move appears to suggest a restructure at the club with many fans clamouring for change within both the footballing department and the board room. Ross Desmond has a background in investments and finances and a move to get him involved with the club could spell for an overhaul at boardroom level.

Supporters will be hoping that Desmond will be willing to sanction a new manager similar to the decision to bring Brendan Rodgers to the club and not an old pals act by bringing Martin O’Neill/Roy Keane into the club. 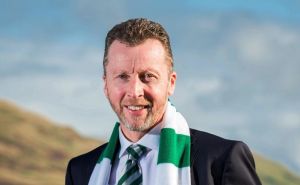 Elsewhere, Nicky Hammond is apparently fighting for his job according to Football Insider, who claim that the failings in recruitment are attributable to Hammond and as a result, the Head of Football Operations has come under fire.

Some of Celtic’s summer signings have struggled to really get going. It is perhaps too early to judge Hammond on the signings of players like Barkas, Klimala and Ajeti. However, questions need to be asked as they haven’t hit the ground running nor have they got better over time. COVID-19 is likely to have hampered this but the management needs to go under the microscope to see whether it is recruitment or who is coaching the recruits that is the problem.

Celtic were in the market for a Head of Recruitment after Lee Congerton headed south to reunite with Brendan Rodgers at Leicester back in 2019. Hammond is highly regarded for the work he did at Reading with their academy, making it one of English football’s most successful academies. You can read more about that here.

It is encouraging to hear rumours that there may be some changes going on in the background; however, if Celtic have learnt anything from this fiasco it is the need for transparency at the top of the club. Hopefully there is a plan to recover the club out of this slump and unify the support once again. After all, it is the support that is Celtic.

Previous ArticlePhoto Of The Day: Sean Fallon Unfurls The League Flag, Plus A Profile On The Legendary Sligo Celt
Next Article Tom Rogic could be the answer to Celtic’s striking woes against Livingston