There aren’t many harder occasions to be thrust into action to than a Champions League qualifier when your team has ten men on the field.

Especially not when you’re 18 years of age.

But that is exactly what happened to Dane Murray last night, who having only just turned old enough to legally drink a pint last month, was given his professional senior debut in the 1-1 draw against FC Midtjylland last night.

It came about almost out of nowhere; Kristoffer Ajer’s impending departure to Brentford meant that Nir Bitton was called up into the centre-back berth, where he has struggled ever so much in the past. And the same happened again as he picked up a needless red-card to put Celtic under the cosh, where Murray was introduced to steady the ship.

READ MORE: POSTECOGLOU HITS BACK AT “GLASS HALF EMPTY” HACKS – “THERE’S NOTHING I’M DISAPPOINTED IN TONIGHT”

In a sense, it shouldn’t really have boiled down to this; as well as Murray did, and hopefully he plays again, the manager should not have to rely on players who have barely finished college leaving age to drag them over the line in a Champions League qualifier which undoubtedly has huge ramifications on the clubs’ finances, dependent on how far they are to progress. 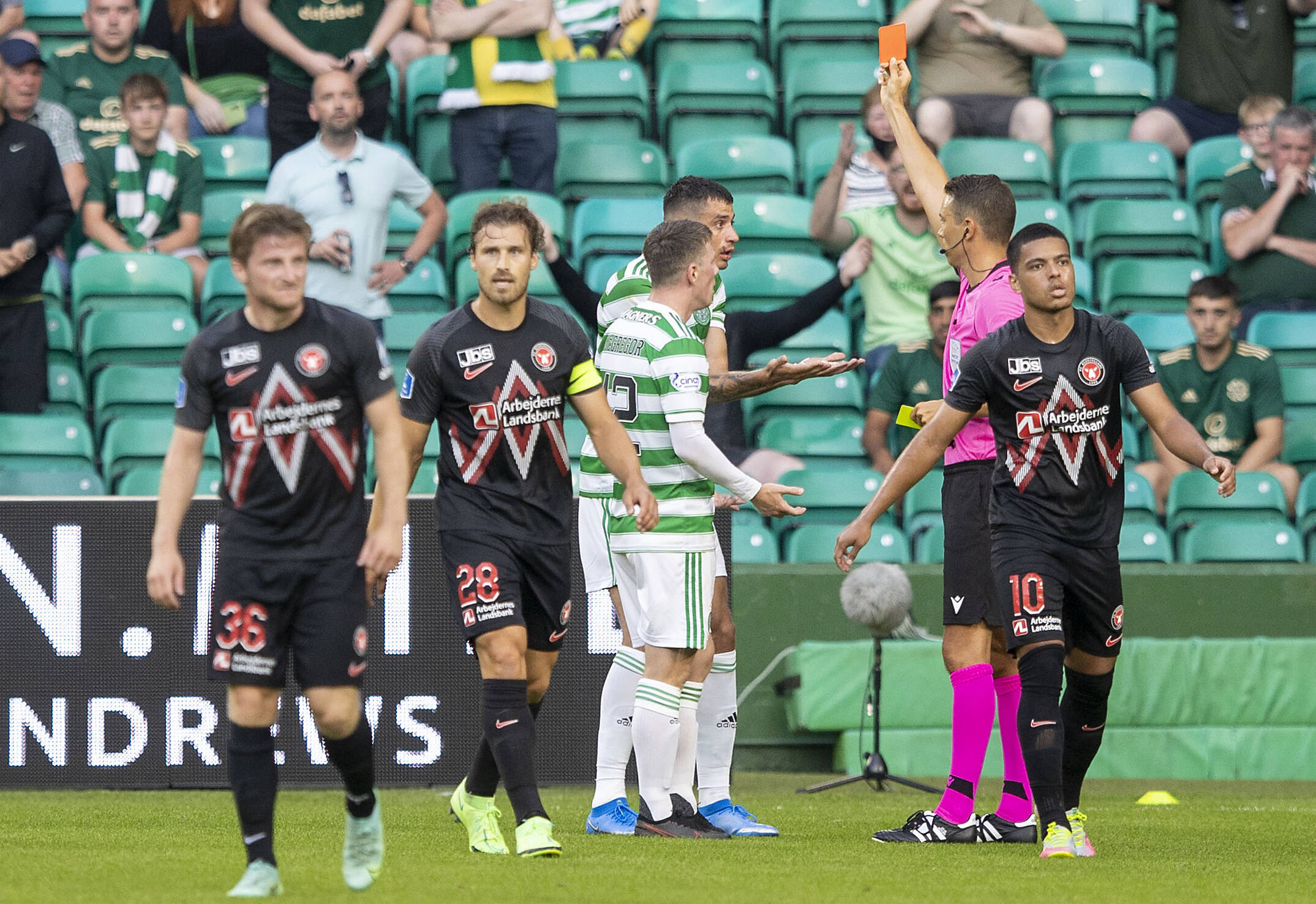 Having said that, Dane was the mane to stop the Danes; him and Stephen Welsh looked formidable at the heart of Celtic’s defence, and despite Vasilis Barkas’ error which gave Celtic a battle to undergo in Scandinavia next week, Murray hardly put a foot wrong alongside his Coatbridge counterpart – drawing comparisons between modern-day rocks such as Leonardo Bonucci and Giorgio Chiellini.

For all that was being said about the defence beforehand, both Stephen Welsh and Dane Murray deserve huge credit

After the red card, thought they were solid for the most part throughout and put in a good performance. Still some additions needed in there though