Former Celtic midfielder Peter Grant dodged a question about whether he was approached to be part of Eddie Howe’s staff at Celtic as he decided to become Dunfermline manager. Howe’s talks with Celtic failed this afternoon with Howe unable to assemble his own backroom staff meaning that the club and manager decided to walk away.

The 55-year-old made 483 appearances for Celtic across a fifteen-year period and had been linked with a return to coaching at Celtic Park; however, during his announcement as Dunfermline Athletic manager,  he was asked about whether he had been approached by Howe, which Grant remained coy on, offering a cryptic response in return.

“That’s because I’m a Celtic supporter and played with Celtic.

“Eddie was a young player when I was at Bournemouth so there’s been a lot in that but this was the only job I wanted.

“Out of the jobs that have been available this summer this is the one I wanted and I was offered it.

“I wanted to stay a manager, that’s the biggest thing. Then it’s my fault if it goes wrong.

“Sometimes when you’re a number two you have opinions but as the manager the chop falls on you if you’re not doing your job right. I wanted that responsibility.” 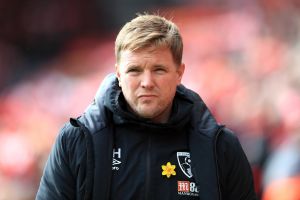 Howe was unable to assemble his backroom staff and maybe told Grant this, who opted to take the job at Dunfermline, suggesting that perhaps he knew that Celtic had failed in their pursuit of Howe earlier in the day.

You can read the reasons for Howe and Celtic deciding to walk away from negotiations here.

When pressed for an answer as to whether he had been directly approached, Grant said that Howe was a friend of his and whilst he is a Celtic supporter, he is only focused on his job at Dunfermline.

“But I’m here and I think anybody that’s worked with me knows Dunfermline will get the same commitment I gave Celtic at all times.

“Eddie’s a pal of mine and that’s as much as I’ll say. This is not about Celtic, this is about Dunfermline.”