You are at:Home»Latest»Disgusting chants then a blue flare volley, Celtic well shot of Leigh Griffiths

The inevitable circus that surrounds Leigh Griffiths has moved up the road to Dundee but is still very much in the news as far as Celtic supporters are concerned. A quick look at Celtic New Now and the News Now Celtic page confirms that an incident in last night’s League Cup tie at Dens Park between Dundee and the cup holders St Johnstone is featured prominently on these news aggregator sites, where many supporters head to find the latest Celtic news online.

Here’s what all the fuss is about…

Griffiths must be fed up of it already pic.twitter.com/2ecf8cOFt9

The St Johnstone fans threw a blue flare onto to pitch after taking the lead, these fans were chanting a predictable but still pretty disgusting remark aimed at the on-loan Celtic striker and he kicked the flair back into the crowd. No-one was hurt and no-one complained to Police Scotland…but they’re investigating Griffiths anyway. Maybe they should look at the other two potential offences in this video, both coming from the St Johnstone supporters?

Dundee FC today released a statement which included an explanation and an apology from Griffiths. Police Scotland also released their own update: “We are aware of an incident involving a small number of smoke devices at Dens Park, during the match between Dundee and St Johnstone Football Clubs on Wednesday, 22 September,” the Police Scotland statement reads. “There were no injuries and no complaints have been made to police at this stage. Enquiries into the matter are ongoing.”

Dundee Football Club and Leigh Griffiths would like to address a regrettable incident which occurred during last night’s Premier Sports Cup tie with St. Johnstone at the Kilmac Stadium #thedee https://t.co/9XR1gAyiIj

The Dundee FC statement, published on the club’s official website reads as follows:

Dundee Football Club and Leigh Griffiths would like to address a regrettable incident which occurred during last night’s Premier Sports Cup tie with St. Johnstone at the Kilmac Stadium.

Following the opening goal a smoke generator, amongst other items, was thrown onto the park by the visiting supporters. This pyrotechnic ended up back in the stand as Leigh kicked it to remove it from the field of play.

Leigh said of the incident, “It was regrettable that the pyrotechnic ended up back in the stand as my intention was just to remove it from the pitch.”

“Having just lost a goal I was eager to get the match restarted as quickly as possible and I would like to apologise for any distress caused by this action.”

The club will be making no further comment on this situation. 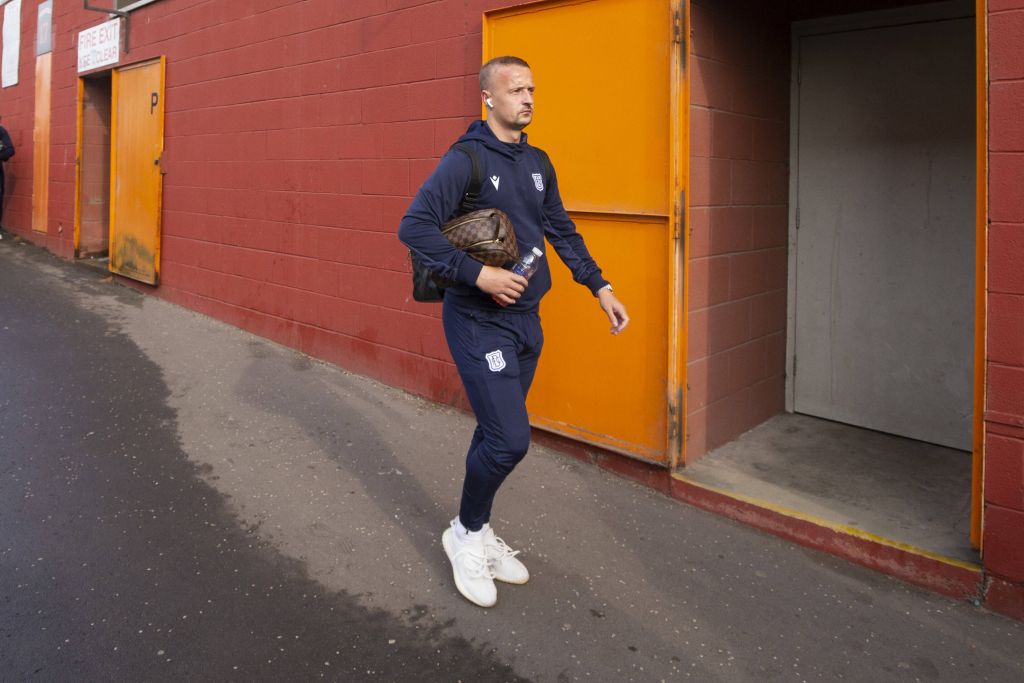 The vile chant from the St Johnstone fans relates to the earlier controversy which Griffiths got himself involved in shortly after signing his ‘last chance’ year extension given to him by Ange Postecoglou. There were similar themed chants at the weekend in the Dundee Derby coming from the Dundee United fans and this is probably something that is going to stay with Griffiths, maybe for the rest of his playing career.

His reaction last night to these taunts simply makes matters worse for a player who Celtic are well shot of. There can be no way back for him now as far as Celtic is concerned. He’s Dundee’s problem now.

That sort of nonsense posted by Dundee on his behalf is the sort of guff you see from Sevco PR! pic.twitter.com/D5zQGhqlbF

Previous ArticleThe Wizard from Wishaw “Getting everyone believing and trying to do big things”
Next Article The Free Broomloan in Full Voice, another Glasgow Derby Domination Day for Brendan Rodgers