You are at:Home»Latest»Djurgardens IF of Sweden – Celtic’s potential Qualifying Round 1 opponents in the 2020/21Champions League

Celtic’s potential Qualifying Round 1 opponents in the 2020/21 Champions League: Djurgardens IF of Sweden…

Ahead of the draw for the first qualifying round of the Champions League, I’ve been reviewing the potential opponents who Celtic could face later this month.

With all but one of the possible options known, we’ve already covered the first 14:

The groups for the draw were announced earlier today from UEFA HQ in Nyon, with Celts now certain to be drawn against one of four teams, as follows:

Sod’s law that I’ve covered 14 teams and the options now narrow to include three of those at the top of the unseeded list, so still to come. No rest for the wicked.

If we draw the winner of the preliminary round, then I’ll review those before Tuesday. 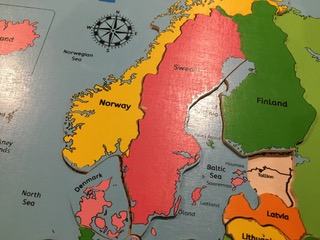 Djurgardens IF Fotbollsforening will be Sweden’s representatives in the 2020/21 Champions League. They have a UEFA co-efficient of 4.550, compared to Celtic’s 34. 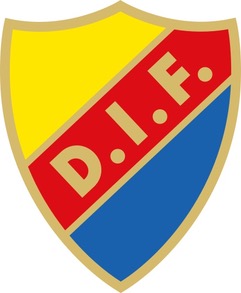 The club was created in March 1891 in Stockholm, the capital of Sweden.

Home kit is navy jerseys and shorts with sky blue socks and trim, whilst Djurgardens wear an all-red strip on the road. 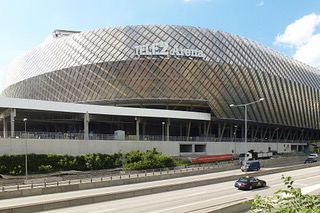 The club plays its home games at the superb Tele2 Arena in Stockholm, which holds 30,000 spectators and has a retractable roof. It was opened in 2013 and also plays host to Hammarby. Between 1936 and 2013, Djurgardens had been based at the Stockholm Olympic Stadium. 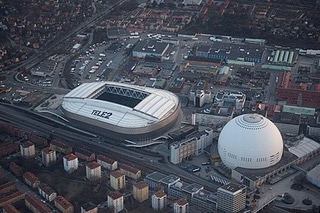 As the Swedish season runs from March to October, the Champions League qualification for 2020/21 is based on the League campaign which ended in autumn 2019. In a photo finish, Djurgardens won the 16-team Allsvenskan by a single point from both Malmo and Hammarby. 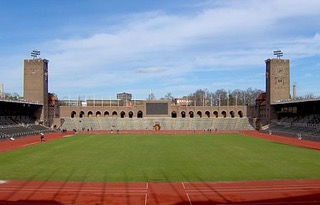 Djurgardens has won 12 Swedish titles and five national cups (Svenska Cupen). They were last champions in 2005, their third title in four seasons at that time.

Djurgardens competed in the very first European Cup, losing both legs of the quarter final to Hibernian. Interestingly, their ‘home’ game was played at Firhill, presumably due to the winter weather in Sweden. 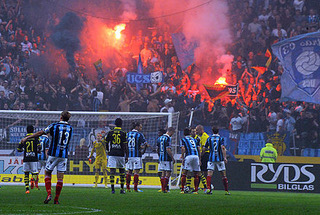 In the Champions League era, their only success has been an 2-0 aggregate victory over Lithuanians Kaunus in 2004. They then drew 2-2 in the Stadio delle Alpi with Juventus in the next round before the Italian giants won the tie with a 4-1 win in the Rasunda return leg.

Celtic have never faced Djurgardens in a competitive match, although in recent seasons we have come up against Swedish sides AIK Solna, Malmo, Helsingborgs and Elfsborg with mixed results.

Whilst the majority of the Djurgardens squad are Swedish, they also include players from Bosnia and Herzegovina, Albania, Norway, Zambia and England.

I hope you enjoyed that look at the 15th of our potential European opponents and their previous record in continental competition.

We’ll know the outcome by lunchtime on Sunday.

Previous ArticlePhoto: Hollywood A-list actor takes to social media in Celtic’s stunning new Hoops
Next Article Confirmed – Celtic have played most European football in last six years than anyone else