LEIGH GRIFFITHS has been given a Scottish Cup Final target by Neil Lennon as the striker continues to put in double shifts at Lennoxtown in an attempt to get back into first team action before the season ends.

And if he is to be in contention for a place in the squad for the Hampden final against Hearts – the first since 1956 – he’ll need to be ready for action a couple of weeks before the 25 May, so the clock really is ticking for Griff.

“What have we got until then, six weeks?” Neil Lennon asked himself yesterday, while speaking to the assembled media.

“Yeah, it is realistic for Leigh. But he’ll have to play and train for at least two weeks going into that final, so he then has a target of four weeks,” Lenny continued as reported in The Scotsman.

“He’s had targets since he came back to Lennoxtown. He is working away in the background and doing his double sessions.

“Again, he’s a player we could have been doing with over the piece as we have been working really with just one striker in Odsonne Edouard. 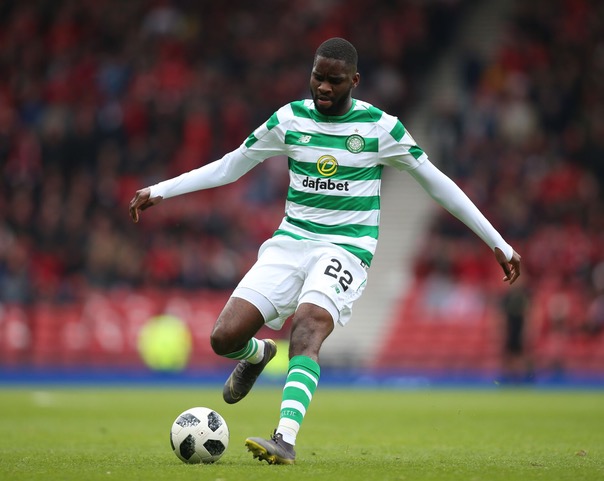 “That one striker has done brilliantly for me, but it would be good to have another one in the building.

“Leigh is getting there. It’s a slow burner, but we understand that as he’s been out for such a long period of time.

“It’s going to be difficult for him to get into the squad with the way the boys are playing There are a lot ahead of him and have earned the right to play in a cup final.

“I’m going to have to maybe disappoint a few as well, but they’ve been brilliant. I can’t believe we are talking about a treble treble, it’s phenomenal.

“There were a few disappointed not to start on Sunday and a few the same against Rangers a couple of weeks earlier. I get that, but I can only pick 11 and now we have even more competition with those boys who were out for a concerted period of time coming back to full fitness.”

Previous ArticleRevealed – The extent of Ryan Christie’s facial injuries after vicious assault
Next Article Aberdeen FC – Not acting in the best interests of Scottish football?