You are at:Home»Latest»Dundee 5 – 1 Celtic – ‘Twelve memories from that awful day at Dens Park,’ David Potter

THE CELTIC STAR asked for memories of this awful game when title favourites Celtic lost by an incredible scoreline of 5-1 against Dundee at Dens Park on this day in 1980. You can read the original article from The Celtic Star from this morning, which includes match highlights HERE.

1. Just recovering from a doze of flu which I had picked up from my wife and 2 year old daughter when we were in the North of England on holiday. Nevertheless, a boost from the Kilmarnock win in midweek, back to school on the Friday and therefore able to go to Dundee on Saturday.

2. Windy day with mini-sandstorms – but that was no excuse.

3. Bumpy pitch – conditions not easy, but similarly no excuse.

4. Scoring first – feeling of complacency which persisted even when we began to lose goals!

5. Several Celtic players lethargic. Maybe there was “trouble” in the dressing room, but I put it down to the flu virus which I was just recovering from.

7. Feeling that we did not DESERVE to win the title on this performance, and we were definitely spooked by Aberdeen coming good at the right time.

8. Celtic fans throwing things at the door of Dens Park, and shouting “Relegation” and “Gemmell’s a B******” while I wanted to curl up and die.

9. Not the first time I had ever seen Celtic lose at Dens Park, but they were honourable defeats to men like Alan Gilzean and Ian Ure. Nothing honourable about this one at all! 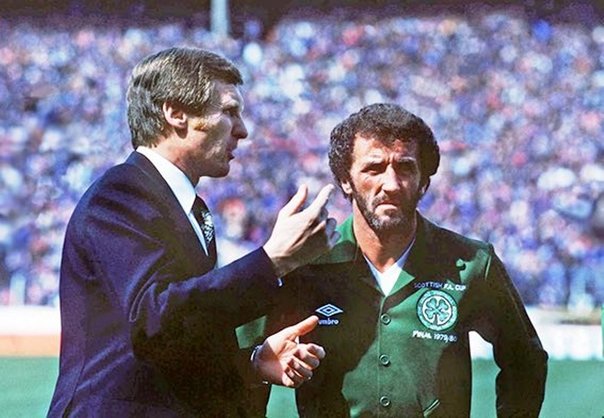 10. If Billy McNeill had not won the Scottish Cup by beating Rangers in the “riot” final a few weeks later, he would not have survived the summer.

12. Stood in an unsegregated part of ground, theoretically Dundee supporters but in practice Celtic fans who could not get into the Provost Road end of the ground. Hardly any Dundee supporters there at all! One of them however said to me, “If you think you have been betrayed by your management, what about us?”.

Previous ArticleDecline and Fall, Football’s role in the circulation crisis in the Scottish print media
Next Article Dundee 5 – 1 Celtic – Two teenagers from 1980, recall that day at Dens Park