You are at:Home»Latest»Dundee Utd 0 Celtic 3 – Now that was magical

The pre-match news delivered by Ange Postecoglou that Jota was likely to be out for ‘weeks’ was a blow to us all but the team that took the field certainly indicated a return of a real balance to the first eleven. It was to prove a team selection Dundee United simply couldn’t live with today.

The timely return of Greg Taylor after his shoulder injury and with Mikey Johnston able to fill in for Jota, meant the left side of the team looked comfortable from the outset. And with Josip Juranavic able to take up his preferred position behind James Forrest the same could be said for the opposite flank. 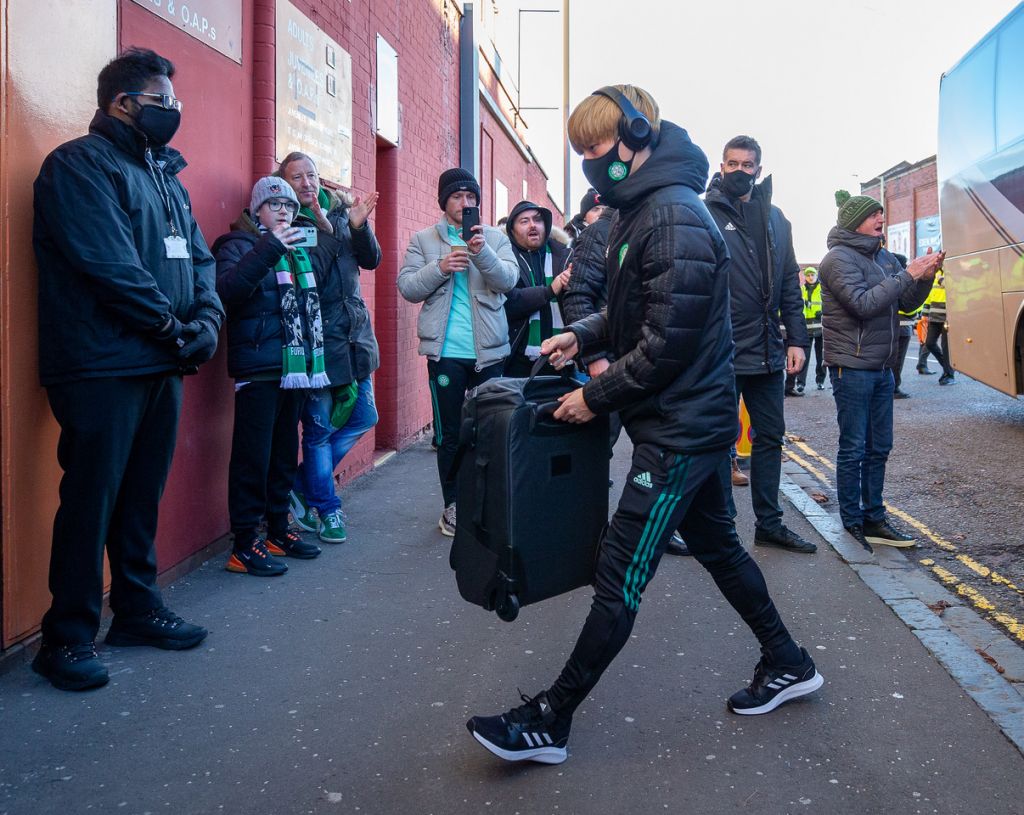 Meanwhile in the middle the increase in tempo and control Callum McGregor brings to the number six position was just as evident as it was against Hearts in Midweek and it allowed a steady base from which David Turnbull and in particular Tom Rogic could go and take the game to Dundee United today and they certainly did that.

Early chances fell to Kyogo as he headed wide from a Johnston flick on from a Turnbull corner, before Kyogo produced a super run wide, cut the ball back for Rogic who was only denied a shot on target by a clever lean from the united defender to put him off his stride. 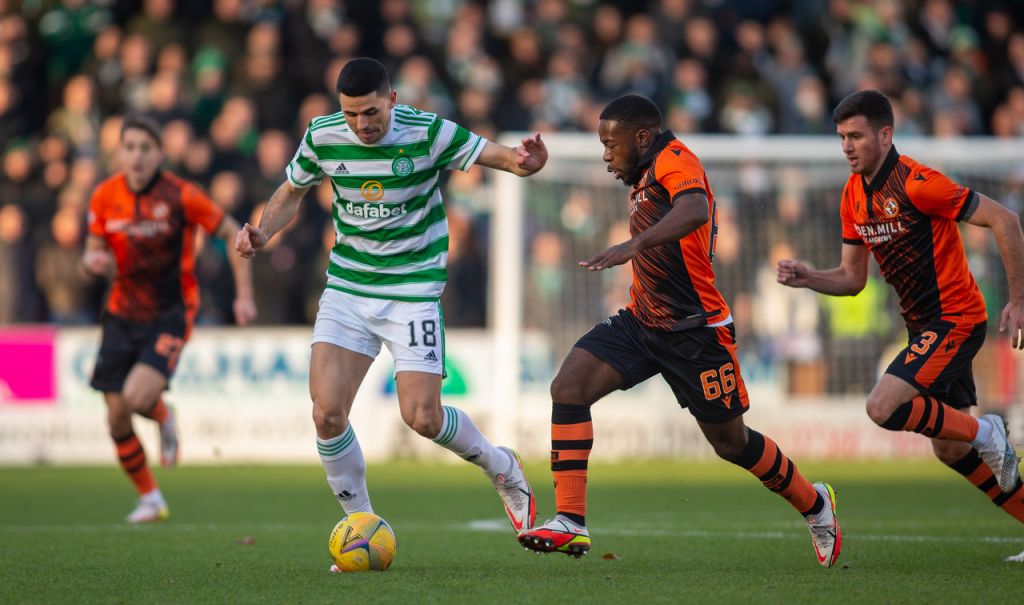 But Tam was on his game today and was not to be denied the goal his early efforts deserved. Rolling back the years with a goal reminiscent of that Invincible Hampden winner Rogic put Celtic ahead as he collected the ball on the touchline halfway inside the United half and then he set off dropping the shoulder and slaloming his way past three United defenders before cleverly committing Charlie Mulgrew and curling the ball beyond Siegrist in the Dundee United goal.

It was a goal of the season contender already and a reminder of just what we’ve missed when Rogic was injured as well as the improvement in consistency Ange Postecoglou has eked out of his fellow countryman.

Celtic then went about creating chance after chance before adding a second goal just before the break. 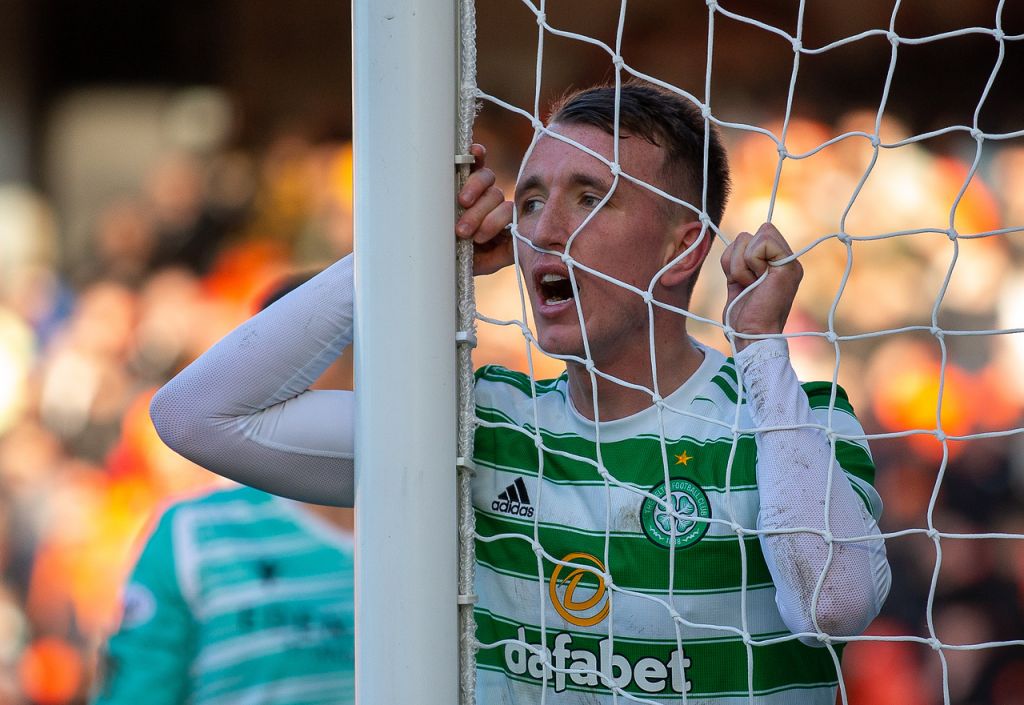 Firstly, McGregor played a fine ball to Mikey Johnston who then performed a quick one-two with Greg Taylor and Johnston’s superb effort was deflected wide. From two following corners both Carter Vickers and Starfelt had shots heading for goal deflected wide, before Johnston and Taylor again linked with this time the returning left back chipping the ball into the area for Turnbull but the header went wide.

Turnbull was then to miss an unbelievable chance to score as Forrest fed Rogic who slid a beautiful through ball picking out a superb Kyogo run and his cross hit Turnbull, but with not enough pace on the delivery it was a strange decision from Turnbull not to put a little something on the ball and the effort pestered out far too easily. And a minute later James Forrest’s fresh air swipe brought back thoughts of the lack of ruthlessness in front of goal from midweek. We needn’t have worried however as a second goal was just around the corner. 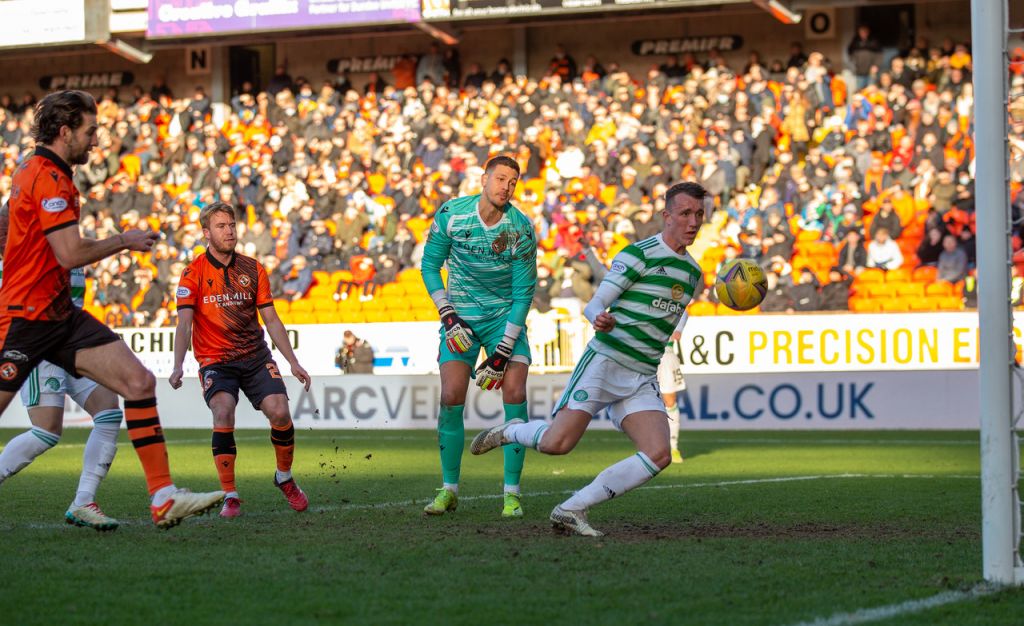 And if the first was down to individual brilliance the second was the finest of team goals. Rogic started it off with a beautiful pull down from the air before finding Callum McGregor who produced the most exquisite of lofted passes into the path of David Turnbull who took one touch to lob the ‘keeper, performed a balletic pirouette and turned just in time to put the ball into the net. It was a goal ex-celt Andy Walker likened to that golden-booted Di Canio December goal at Pittodrie and there is no doubt the quality of the execution was up there with that classic goal.

Celtic then went in with a two-goal cushion at the break and a scoreline that reflected the one-way direction of football played against a Dundee United who only a few weeks had had come to Celtic Park and left with a deserved point. 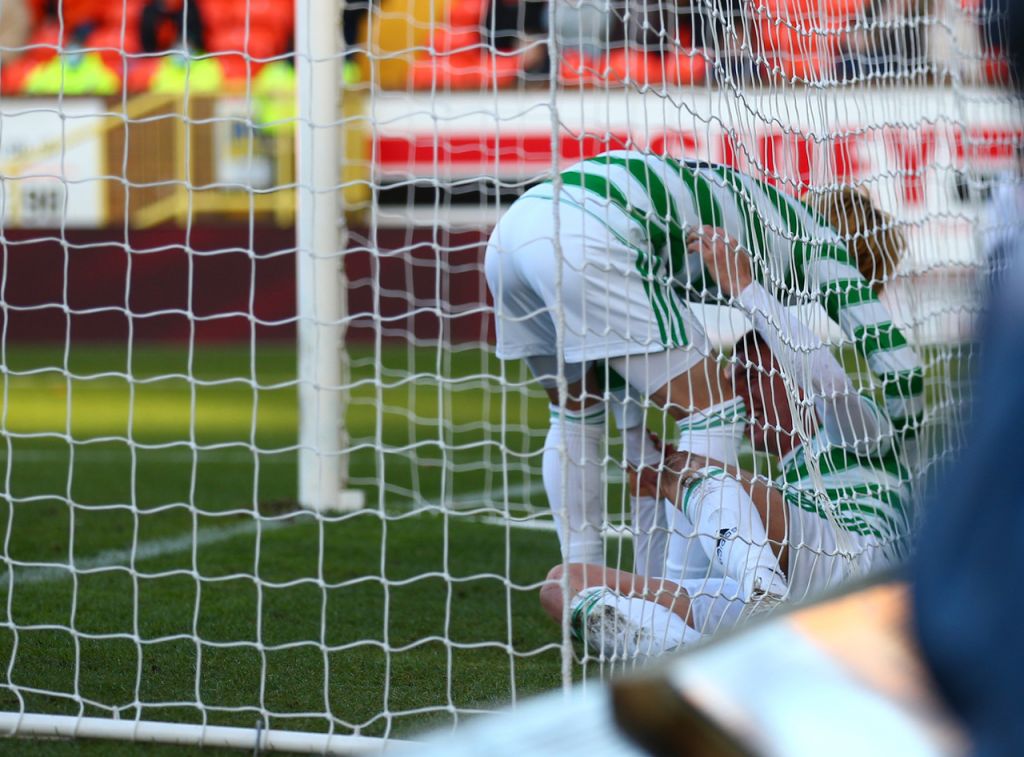 The second half started off as a far quieter affair. James Forrest had left the field and been replaced by Liel Abada and after holding his hamstring in the first half we can only hope that decision was precautionary.

It took until 60 minutes before Celtic created a clear-cut chance when Kyogo headed goalward from and Abada cross, Siegrist saved but a downward header may have been better, and minute later Dundee United’s Callum Butcher should have seen red rather than the yellow dished out when he went in on Turnbull out of control and high up the Celtic midfielder’s shin, we can but await Crawford Allan’s Sportsound Podcast slot to explain that decision.

Celtic did however finish this encounter off and it was another sub, Nir Bitton, on for Tom Rogic who supplied the perfect diagonal cross field pass into the path of Abada who then cut the ball back, and Liam Scales, making his top flight debut having replaced Greg Taylor, completed a superbly taken side-foot finish to put Celtic three goals to the good and end the game as a contest.

Liam Scales certainly sems a popular member of the squad going by the celebrations and in a month where all fit bodies will be required to play a part it bodes well that Liam Scales will have something to offer in the weeks ahead.

Today was a superb team performance with interludes of individual brilliance from David Turnbull and Tom Rogic in particular. In a game many would have earmarked as a ground Celtic could have dropped points the most pleasing aspect had to be just how much control of the game we had as well as the creativity exhibited by Celtic at Tannadice today.

The game began with the tough news to swallow that Jota may well be missing for several weeks, so a special mention must go to Mikey Johnston who stepped into big shoes to fill and performed superbly today. He’ll be needed in the weeks ahead and it was hopefully the start of a consistent and creative run in a much more balanced looking Celtic eleven. 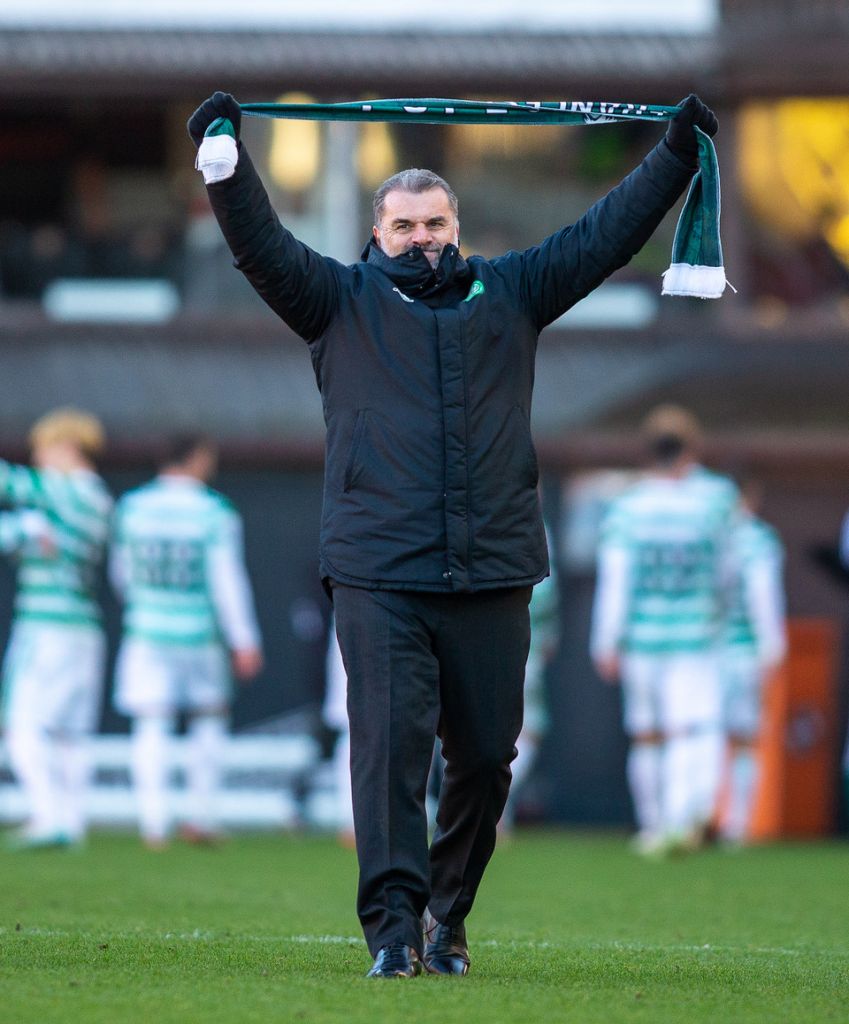