You are at:Home»Latest»Early Team News as Celtic eye a Perfect Ten

CELTIC can go TEN points clear at the top of the Scottish Premiership with a win over Aberdeen at Celtic Park this afternoon. Nearest challengers the Rangers closed the gap from 8 to 7 points last night after they left Easter Road with a share of the spoils.

They failed to do what Celtic managed in the Scottish Cup last Saturday, go to Easter Road and win – and now it looks like the Ibrox club’s season – together with today’s opponents Aberdeen – is very much dependant on the outcome of their Scottish Cup quarter final replay on Tuesday night.

It’s a scary thought for both sets of supporters to think that by mid-March their season is effectively over.

Aberdeen are a distant third in the league and are already focused on the Scottish Cup – a fact noted by Neil Lennon yesterday. Steven Gerrard though went to Edinburgh last night looking for a win that would keep his slender hopes of catching Celtic alive but with another slip in a title run in he was left rueing points dropped along the road and for the second time this season, moaning about not getting a foul 80 yards from his own goal-line.

This from the manager who got 4 penalties in the one match and has effectively been allowed to hand-pick which referee can and cannot handle his side’s matches.

Hibs had two great chances to get the winner last night so it could have been even worse for Gerrard, who stubbornly refused to concede the title just yet. He’ll be praying that Derek McInnes can do him a favour this afternoon. 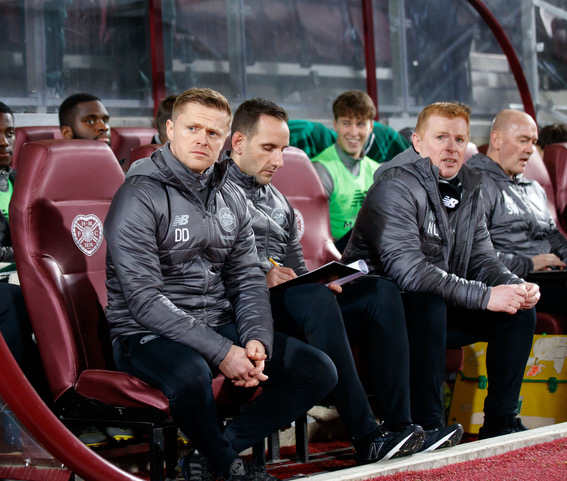 Celtic are likely to line-up along the same lines as they did last Saturday. The two injury concerns from that game – Dedryck Boyata and Nir Bitton – have been recovered and should be fine to start so expect the team to be as follows…

Previous ArticleListen to Sneak Preview! ‘We Are Building It’ by Boolavogue – Half-Time Tune Alert!
Next Article Toljan and Henderson start, Dorus on the bench