You are at:Home»Latest»Elyounoussi Promises to Destroy the Rangers

Moi Elyounoussi has promised to ‘destroy’ Rangers in the New Years Derby after failing to perform in the League Cup final last weekend. The Norwegian started but seemed off the pace, owing to the fact he had just returned from injury – which he admits will not happen next time.

As reported in the Daily Record, the 25-year-old acknowledged that Rangers were strong but he refuses to let that be the repeat when Steven Gerrard’s side visit Celtic Park on 29 December.

“When we meet them again we’ll destroy them.

“There are more titles to win this season so we need to refocus.

“Rangers were strong in the final and they were on the front foot. We grew into it in the second half.

“But it wasn’t my best game. I hadn’t touched the ball for weeks.

“I wasn’t satisfied with my performance and I’ll try to be fitter for the Old Firm league game.” 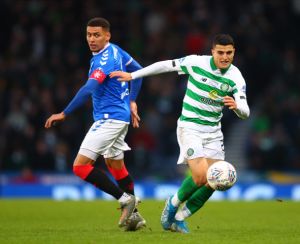 Mikey Johnston replaced Elyounoussi at half-time at Hampden after struggling to beat James Tavernier down Celtic’s left side. Johnston missed a glorious chance after Odsonne Edouard’s fantastic through ball put the 20-year-old through on goal, but narrowly missed the target.

Elyounoussi has been impressive since arriving from Southampton on loan this summer, scoring ten goals and achieving four assists. The Saints signed Elyounoussi for £16m from Basel but struggled for form in the Premiership as they loitered around the bottom end of England’s top division.

Jack Ross is looking for a positive result against Celtic…see HERE.