You are at:Home»Latest»Emotional Day Awaits Paradise But Scott Brown Sentiment Should Wait

An emotional afternoon awaits Paradise as tributes will be paid to the late great Bertie Auld ahead of kick off against Aberdeen. It is only right that the club honours one of its greatest and most charismatic figures on the first home match since his tragic passing. In addition to remembering a Celtic icon, another club legend will be returning to the stadium in the form of Aberdeen skipper Scott Brown.

Broony was a giant at Celtic. He captained the club to four consecutive trebles and nine league titles in a row, with some outstanding performances along the way. In that sense, he is more than deserving of the Celtic support’s appreciation, particularly as Covid-19 denied him a proper send off. However, as an opposition player competing against the Hoops today, those tributes should probably wait until full time or an appropriate moment in the game such as when Brown is substituted (if such a situation transpires). 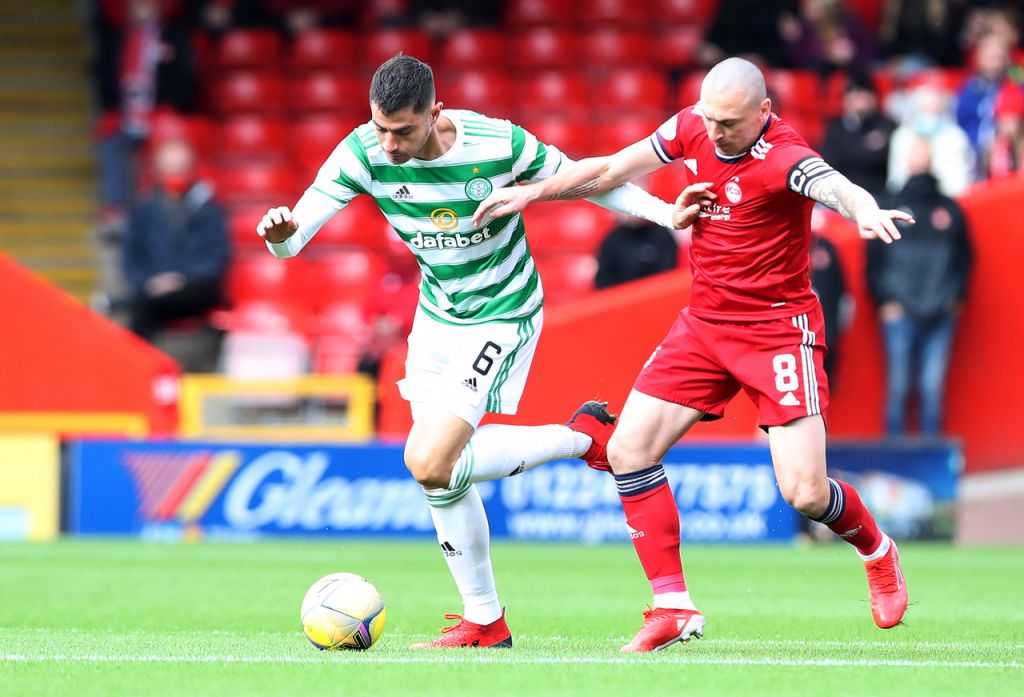 It’s important we don’t get too caught up in the sentiment. Today is a massive game that must be won. Broony will always be a Celtic legend, he deserves to be welcomed with respect, but for 90 minutes he is an opposition player. He will do his utmost to win the game for Aberdeen (as he should) and, personally speaking, I don’t think we should encourage opponents if it can potentially assist them in any way. I look forward to thanking him for everything he has done for us… at the right juncture in this afternoon’s proceedings.

Previous ArticleExtended highlights as brave Celts beaten by Leverkusen
Next Article Broony’s Back: “Fitting to be able to honour Bertie with another great,” Calmac