Today’s edition of the Euro 2020 Celtic Connections focuses on the Hoops’ former Welsh players. Wales play against Denmark today in the Johan Cruyff Arena in Amsterdam. Kicking off at 5pm, the match is the first knockout fixture of the competition and both unfancied teams will be looking to defy the odds by reaching the quarter finals, where the Netherlands or Czech Republic lay in wait.

Celtic have a strong connection with countries participating in this evening’s game. There have been numerous Danish Celts, whilst Welsh football has been very kind to the Hoops by producing some of the club’s most extraordinary talents in recent decades.

Here’s a run down of the top five Welsh Bhoys: 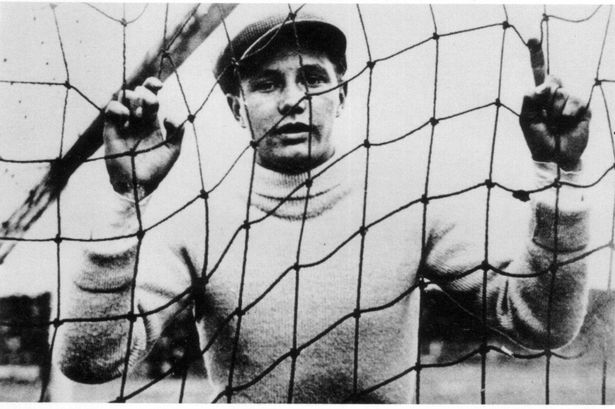 Leigh Roose was one of Celtic’s WWI heroes. Born in Holt (Wales), he is regarded as a pivotal goalkeeper in the history of football and a Welsh sporting legend. Roose is also fondly recalled as a bit of an eccentric, who once remarked “A good goalkeeper, like a poet, is born not made.” His comments came from a well informed place, for Leigh was indeed a very good keeper. In fact, the English FA changed their rules, in 1912, to only allow goalkeepers to handle the ball inside the box rather than the entirety of their own half, because Roose was so good at intercepting passes up the pitch with his hands.

He was a famous player for Stoke City, Sunderland, Aston Villa, Arsenal and Everton. Meanwhile, he was part of the Wales team that won the country’s first Home Nations Championship. Crowned ‘The Prince of Goalkeepers’, Roose came to Celtic Park on loan from Sunderland in March 1910. However, his arrival at Paradise was the result of a very unusual circumstance. Indeed, Leigh had played in goal for Wales v Scotland in an international at Rugby Park; a match which led to Celtic legend Jimmy McMenemy being injured by Llewellyn Davies’ shocking tackle. A week later, Celtic keeper Davy Adams was suffering with pneumonia and thus Roose was loaned to the Bhoys as some form of compensation for his Welsh team having recently injured McMenemy! Sunderland agreed to the deal, lending the player to the Hoops for their Scottish Cup Semi-Final against Clyde. Celtic lost the game 3-1 and Roose returned to Sunderland without making any further appearances for the club.

Soon after his one-off outing in Glasgow, World War I broke out and the goalkeeper was called up for action. Tragically, he died in the Battle of the Somme at the tender age of 38.

Adam Matthews joined Celtic on a free from Cardiff City in the summer of 2011. He was a very important part of Neil Lennon’s successful team and played regularly at right back. However, he was also able to be utilised on the other side of defence, doing so against Barcelona when Emilio Izaguirre was injured. Tasked with marking a certain Lionel Messi, Matthews prevented the best player on the planet from scoring until injury time. The Hoops also famously won that game 2-1.

Matthews enjoyed four great seasons at the club, winning four league titles, two Scottish Cups and a League Cup. He made over 150 appearances for Celtic and left to Sunderland for a fee of £2m in July 2015.

Another free transfer from Cardiff City, Joe Ledley joined Celtic a year before Matthews. Ledley became a fan favourite who was solid in midfield but was also deputised at left back. He came up with some important goals, none more so than a tremendous header against Rangers in December 2011. That header ensured that Celtic turned around a 17 point deficit to go into the New Year on top of the table.

Ledley played in almost all of Celtic’s fantastic 2012/13 Champions League campaign, including wins against Spartak Moscow and Barcelona. He found the net in the 2013 Scottish Cup Final victory, whilst he also scored in other major games such as a Cup Final defeat to Rangers and a Europa League group stage clash with Rennes.

Overall, he was a fantastic signing, who departed the club against his will in 2014. He went to Crystal Palace, but left with the best wishes of most supporters. Ledley can look back on his time at Paradise with great pride. He made almost 160 appearances, winning three league titles and a Scottish Cup. A mark of his ability was that he played a key role in Wales’ Euro 2016 campaign, when they reached the Semi Final.

Craig Bellamy was an absolutely stunning talent and his spell at Celtic Park was something that was thoroughly enjoyable for fans to watch, especially because Henrik Larsson had recently departed the club and left a huge void in Celtic’s attack. Bellamy was a renowned player, who joined on loan from Newcastle United in January 2005 and later went on to play for the likes of Liverpool and Man City. He slotted into Celtic’s front line with ease, ripping teams apart with his explosive pace and terrific finishing. Whether alongside Sutton or Hartson, Bellamy rarely failed to make a positive contribution and he found the net on nine occasions in 15 games.

His highlights in Glasgow were scoring an incredible hat-trick against Dundee United and netting a sensational goal against Rangers at Ibrox. His time at the club came to an end in bittersweet circumstances. Indeed, he was part of the team that agonisingly threw the league title away on ‘Black Sunday’, but did lift the Scottish Cup at Hampden a week later.

Bellamy indicated that he would like to extend his stay at Parkhead, but sadly the club could not afford to sign him. He always maintained a fondness for the Hoops and, in 2006, he told TalkSport: “Celtic Park is one of the greatest stadiums in the world and I would love to go back up there. My time there was one of the highlights of my career and who knows what could have happened but I would recommend that club to players, and to play against Rangers in an old firm derby is a must for any footballer.”

Who could be our choice for Wales’ number one Celtic player, but John Hartson? Big Bad John is a Celtic great, etched in the history of the club as one of the few players to score over 100 goals in the Hoops. Martin O’Neill secured his services for £6m and it was a coup for the club to have a player of John’s calibre playing alongside the likes of Henrik Larsson and Chris Sutton. Indeed, John had scored in a European final for Arsenal, was popular at West Ham and had also done well at Wimbledon and Coventry.

Hartson more than repaid his transfer fee by averaging slightly better than a goal in every other game, during a Celtic career that spanned 201 matches. A big, strong individual, Hartson was an absolute nightmare for defenders and was also good in the air. However, he was more than a brute. He possessed a fabulous first touch, a sixth sense of where the ball would drop and was a wonderfully composed finisher.

The Welshman was part of the famous Celtic team that reached the UEFA Cup Final in Seville. On route to the final, he scored the decisive goal against Celta Vigo and also netted a stunning strike against Liverpool in the Quarter Final at Anfield. Scoring against European giants was no problem for John, as he later headed home the equaliser against Barcelona in the Nou Camp and bagged himself a goal in Lyon too. Aside from his goalscoring exploits, Hartson gave Europe’s top defenders many torrid evenings. Indeed, he tormented a certain Vincent Kompany in 2003 (then of Anderlecht), who (in 2019) commented: “I’ve faced many great strikers, but the toughest one was when I was 17 and playing against a great Celtic team. On the other side was Larsson and Hartson, which was just an unbelievable strike force.”

On the domestic front, John found the net eight times against Rangers (he also had two wrongly ruled out against them). Those goals must have been all the more sweet for him, as the Govan club had turned down Hartson due to a failed medical before the Celts swooped in!

John Hartson left Celtic having won three league titles, two Scottish Cups, and a League Cup. He enjoys a great rapport with the Celtic faithful and loves the club, to the extent that he now has a Celtic tattoo. However, Wales will always be his first and biggest love. He was capped over 50 times for his country and, as a Welsh language speaker, he has indicated that each cap was his greatest honour. In that sense, we wish Wales and John the very best of luck for this evening!