You are at:Home»Latest»Europa FC of Gibraltar – Celtic’s potential Qualifying Round 1 opponents in the 2020/21 Champions League

Celtic’s potential Qualifying Round 1 opponents in the 2020/21 Champions League: Europa FC of Gibraltar…

Ahead of the draw for the first qualifying round of the Champions League, which takes place at UEFA HQ in Nyon next Sunday, 9 August, I’m reviewing the 17 potential opponents who lie ahead for Celtic.

With all but one of the possible options now known, we’ve already covered the first seven:

Europa FC will represent Gibraltar in the 2020/21 Champions League. They have a UEFA co-efficient of 2.750, compared to Celtic’s 34.

Europa FC was originally founded in 1925, merging in the 1980’s with College FC to form a new entity, which was known as College Cosmos then College Europa. The two clubs have now gone their separate ways again and Europa has been using its original name since 2015. 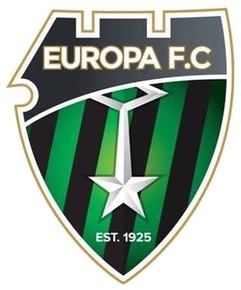 Europa’s home colours remind me of the old Celtic away kits from 1976 and 2006, green-and-black vertical stripes with black shorts and green socks. The away kit consists of white shirts and socks with black shorts.

The club’s home ground will be familiar to Celtic supporters, the Victoria Stadium which is located on Winston Churchill Avenue next door to the airport in the shadow of the Rock of Gibraltar. Opened in 1926 then rebuilt in 1970, it has a capacity of 2,000 and is home to all senior football played in Gibraltar. 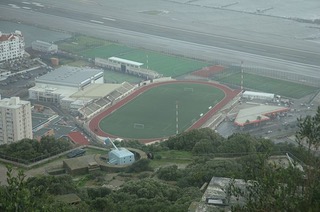 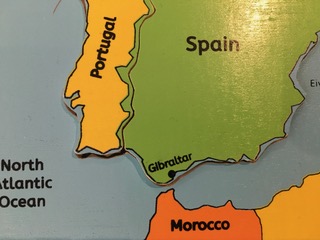 The 12-team Gibraltar National League was suspended in March 2020 due to the COVID pandemic.

On 1 May 2020, with five rounds of fixtures still outstanding, the Gibraltar FA decided to terminate the 2019/20 League campaign and withhold the award of the title, whilst nominating the top three teams for European competition based on their current standings.

At that time, Europa were five points ahead of St Joseph’s, with Lincoln Red Imps a further five points back in third spot.

Europa has won seven national titles, albeit five of those were before the Second World War. Their last championship success was in 2016/17, ending Lincoln Red Imps run of titles at an incredible 14-in-a-row. They are also the current holders of the Rock Cup, achieving an eighth success in May 2019 with a 3-0 final victory over Gibraltar United. 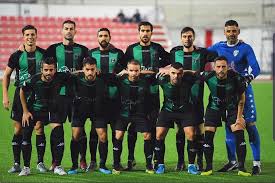 The club has competed in one of the two major European competitions six times, winning two of their eight ties. Europa made their debut, appropriately enough, in the Europa League, back in 2014, losing home and away to FC Vaduz of Lichtenstein, and suffered the same fate the following season to Slovan Bratislava, failing to score a single goal in their first four games at this level, whilst conceding 13.

Europa duly rectified that record in their next game, the opening qualifying round of the 2016/17 Europa League, beating Armenians Pyunik 2-0 in Gibraltar before squeezing through a tie for the first time despite a 2-1 second leg defeat in Yerevan. They then lost both legs of the second qualifying round by 1-0 to Sweden’s AIK Solna.

Europa made their debut in the Champions League the following season, claiming a first away win in continental competition by beating Welsh champions The New Saints 2-1 in Oswestry. The second leg was played in the Estadio Algarve in Faro, the Welsh club matching Europa’s 2-1 result in 90 minutes before scoring a winner in extra-time.

It was back to the Europa League again in the summer of 2018 for the club’s fifth successive campaign, this one ended again at the first hurdle by Kosovo’s Prishtina, a 1-1 home draw followed by a heavy 5-0 loss in Mitrovica.

Last season’s Europa League campaign started with an injury-time Munoz goal in Andorra consigning the Gibraltarian side to a 3-2 first-leg defeat by Sant Julia.

Europa would then record their biggest European victory by winning the second leg 4-0 under the Rock. One week later, Europa would hold Legia Warsaw to a very creditable goalless draw in Gibraltar, before going down 3-0 in Poland.

Celtic and Europa have never met in European competition. 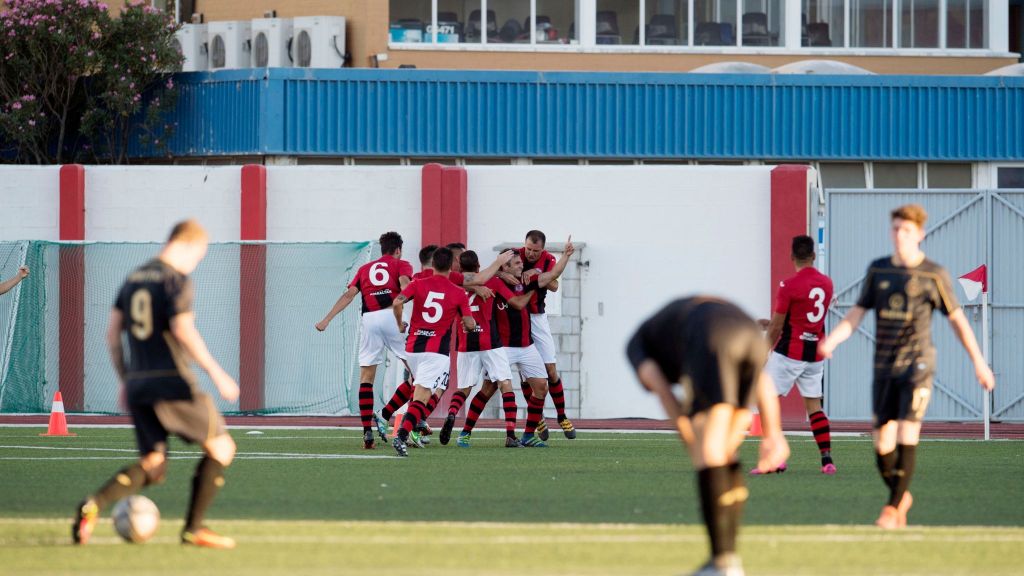 The only Gibraltarian club Celtic has played is Lincoln Red Imps, which is another tie we would defintely rather forget. Brendan’s Rodgers’ first competitive game in charge of the Hoops was against the Red Imps in the second qualifying round of the 2016/17 Champions League at the current home of Europa, the Victoria Stadium.

A Lee Casciaro goal three minutes into the second half produced perhaps the most embarrassing result in Celtic’s history. 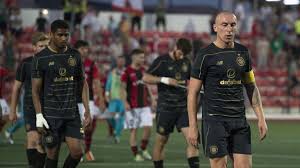 The Hoops did turn the tie around in Glasgow the following midweek, goals from Mikael Lustig, Leigh Griffiths and Patrick Roberts in a seven-minute spell midway through the first half enough to secure a 3-1 aggregate win, however, the very mention of the name Lincoln Red Imps will forever produce a shudder in response from those with Celtic in their hearts.

The bulk of Europa’s squad hail from either Gibraltar or nearby Spain, whilst they also boast two players from Ghana in their ranks. Club captain is former Portsmouth midfielder Liam Walker, who holds the record number of international appearances for Gibraltar.

He wore the squad number 88 in both legs of that Lincoln Red Imps tie that we won’t mention again, before joining Europa the following month.

Spaniard Rafa Escobar is the manager of Europa.

I hope you enjoyed that look at the eighth of our potential European opponents and our past links with clubs from that country.