You are at:Home»Latest»European Cup Quarter Final, 1971

CELTIC were 3-0 down from the first leg of the European Cup Quarter Final against Ajax and set about trying to recover from that heavy defeat in Amsterdam, on this day in 1971.

The match was played at Hampden to accommodate the huge crowd, Celtic had sold around 90,000 tickets and there were around 5000 Ajax fans in Glasgow for the eagerly awaited tie. They later complained about licensing laws that prevented them drinking in the afternoon and saw the pubs close too early in the evening.

The Celtic Wiki described the game as follows:

Celtic gave it their best shot but badly missed the influence of Bobby Murdoch in the midfield.  Despite Celtic attacking Ajax were dangerous on the break and Williams did well to keep the Dutch forwards at bay as Muhren hit a post. 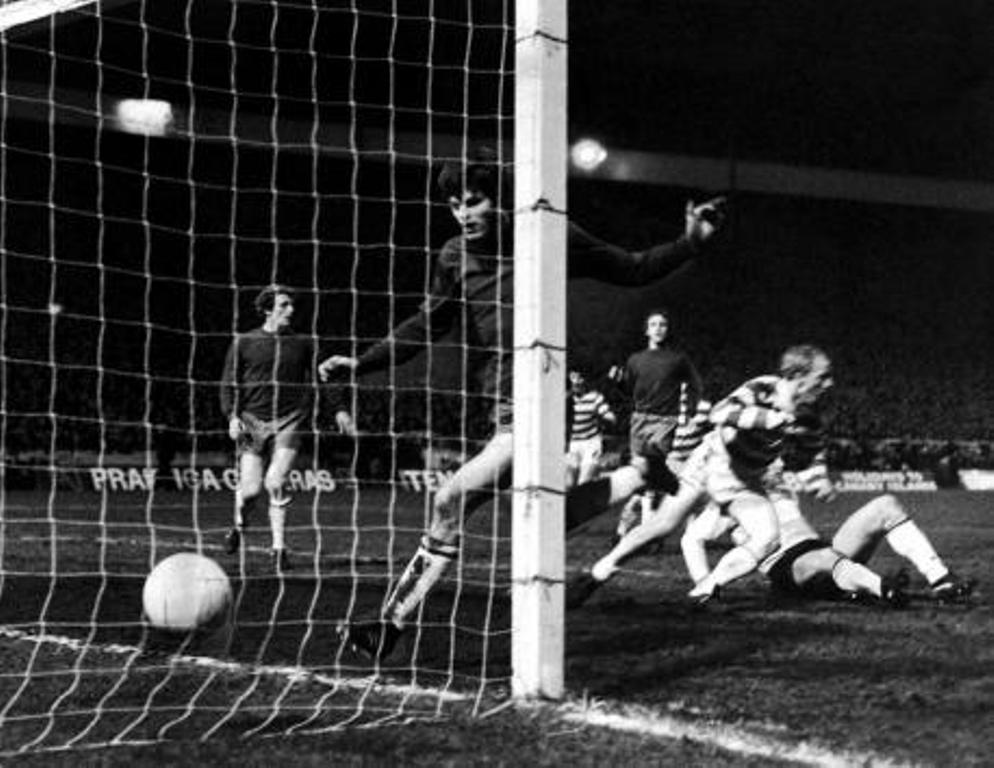 In 75 minutes McNeill’s header was brilliantly saved by Stuy. Five minutes later Hughes scored from another McNeill header but was just offside. Before full time the fans were frustrated by Ajax players feigning injury to waste time. At full time the Ajax coach Rinus Michels complained of rough tackles by Celtic players during the match.

Ajax tactics were spot on as they flooded the midfield and gave Celtic no space and their full backs closed down Celtic’s wingers and the overlapping Gemmell.

However the damage had been done in the 3-0 defeat in Amsterdam in the first leg and the feeling was at the end that some of the Celtic team were now on the decline as far as playing at the highest level in Europe is concerned.

Ajax went on to win the final at Wembley by beating Panathanaikos 2-0 and won the European Cup for the next three years. 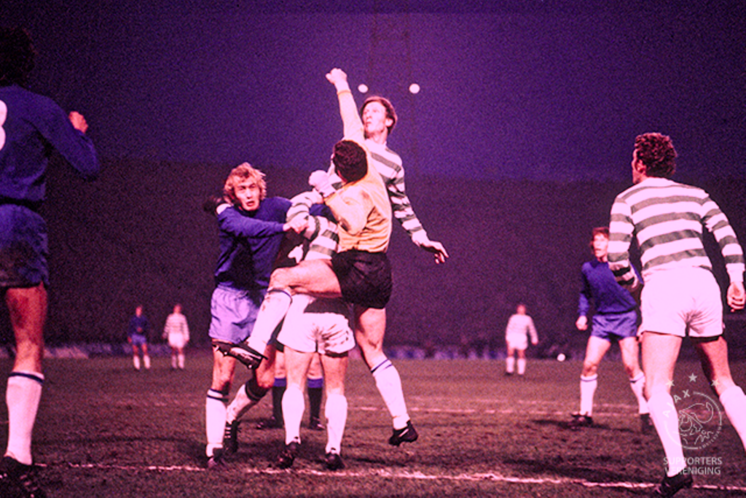 Jinky with the winner on the night but Ajax go through after a 3:0 win in the first leg and go on to win the tournament. pic.twitter.com/wwGwaolvKd