The Celtic Star’s most recent photo of the day feature focused on an image from Celtic’s 3-1 defeat in FC Sion, which was ultimately overturned to become a 3-0 victory. Since writing that article this morning, I have been contacted by a couple of readers asking for the full story behind this saga. Therefore, I have penned the following account of how the events unfolded.

MORE: Photo Of The Day: Dan Majstorovic Makes A Sliding Tackle During Celtic’s 3-0 Away Win In Sion

After the extreme difficulties faced the season before (Neil Lennon receiving bombs in the post and being attacked on the touchline), Neil Lennon and his Celtic team escaped to Australia for three matches during pre-season in July 2011. Kris Commons was still relatively new to the club at the time and if he had any doubts about the magnitude of Celtic, they were soon quashed when a combined total of 55,144 fans turned up to watch the Hoops take on Central Coast Mariners, Melbourne Victory and Perth Glory. The popular attacker moved to say how “overwhelmed” he was by the global reach of the club and the fervour with which the Scottish/Irish community down under supported the team. The tour was relatively successful with two wins from three, before Celtic returned to the UK to take on Partick Thistle (2-1 victory) and Cardiff City (1-0 loss). 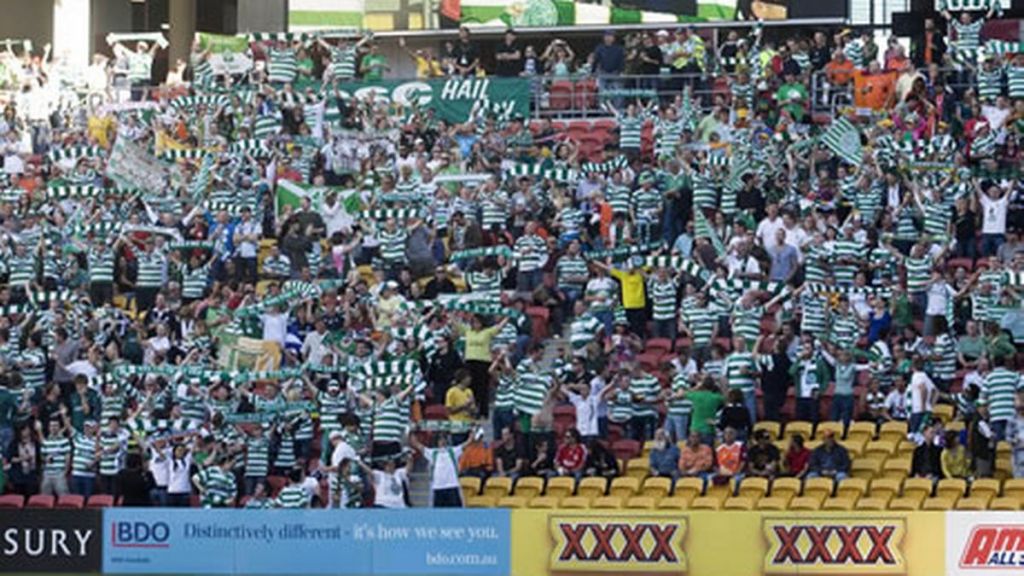 The final week in July had not even been reached when the club found themselves opening the SPL season on a red-hot day at Easter Road. Ki Seung Yeung starred in central midfield that day, netting a goal from just outside the box in the 63rd minute, after Anthony Stokes had produced a stunning overhead finish early in the first half. Kelvin Wilson also put in a fine performance at the centre of defence on his competitive debut, which ensured that Celtic kept a clean sheet and returned from the capital with a 2-0 victory. The Celts then returned to friendly action with a 2-0 defeat at home to Wolves, before a double header in Dublin against Inter Milan (2-0 loss) and an Airtricity League XI (5-0 win). A scratch Celtic side completed friendly duties with another 2-0 defeat at the Liberty Stadium against Swansea, where a vocal away support witnessed Brendan Rodgers’ newly promoted side control the play, with Scott Sinclair and Stephen Dobbie causing the Glasgow club’s defence no end of problems.

The chaotic schedule had prepared the team for a return to league duty as Celtic edged past Aberdeen at Pittodrie, thanks to a solitary Anthony Stokes goal in the 74th minute, before the Bhoys thumped Dundee 5-1 at Celtic Park. It was then time to commence European exploits, with Swiss club FC Sion standing between Celtic and a place in the 2nd round of Europa League qualification. A depleted team, missing Hooper, Izaguirre, Kayal, Loovens and K.Wilson, took to the field at Celtic Park for the first leg. Despite being backed by 51,000 fans, the Bhoys put in a somewhat turgid display and certainly lost their rhythm in attack with so many key players ruled out. It was, however, still disappointing to come away from the match with the aggregate score level at 0-0. 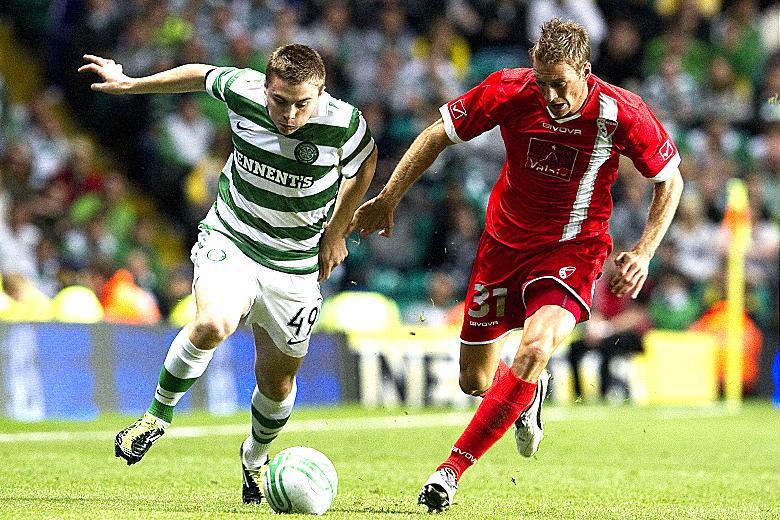 Before the second leg could be played in the south of Switzerland, Celtic had a great opportunity to return to winning ways when they hosted St Johnstone at the weekend. The Celtic team could not atone for their midweek disappointment though, as a number of chances were squandered before St Johnstone snuck all three points curtesy of a solitary goal by Mackay, whose deflected shot found the back of the net in the 60th minute. It wasn’t ideal form to take to the most sun blessed town in Switzerland, and matters were further worsened for Celtic when Dan Majstorovic made a ridiculous tackle in the first minute, earning himself a straight red card and handing Sion a penalty kick in the process. Immediately, the Swiss were ahead. 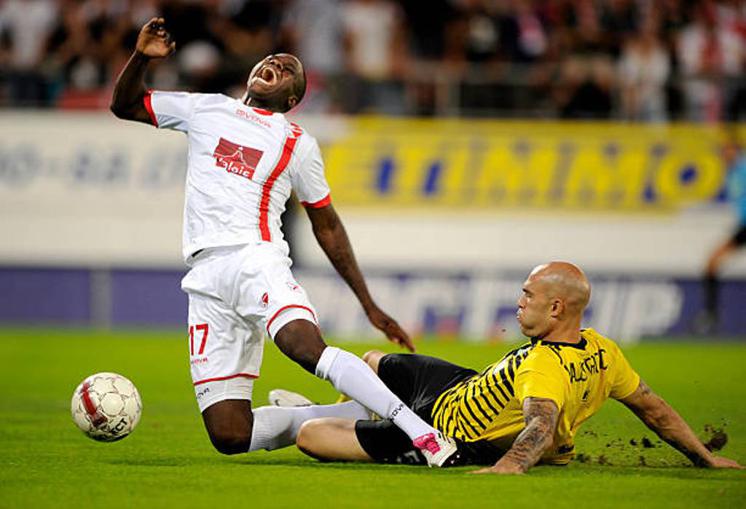 Midway through the second half, Sion doubled their advantage. Even the return of Kayal and Hooper made little difference as Celtic looked to be crashing out of Europe before August. Spirits were briefly lifted in the 78th minute as Charlie Mulgrew drilled home a free kick from just outside the box. However, any hope of an equaliser dwindled in the late stages as Celtic threw players forward, which allowed Giovanni Sio to break on the counter and finish the tie. The bulk of the 10,000 crowd at the Stade Tourbillon were sent into delirium. Full time: FC Sion 3-1 Celtic. Sinisterly, this meant that the Bhoys had now gone 30 matches without an away win in European competition.

The Celtic team had barely come to terms with the disappointment of being knocked out of Europe, when it emerged that FC Sion had fielded five ineligible players in both legs of the tie. In particular, Pascal Feindouno, one of the ineligible five, scored two goals in the second leg. Three days after defeat, on 28 August 2011, Celtic lodged a formal protest to UEFA over the matter. The core point centred on the fact that Sion fielded players who were signed during a transfer embargo, which was imposed on the club for breaching rules when signing the Egyptian goalkeeper, Essam El-Hadary, in February 2008. On that occasion, Sion announced that they had signed El-Hadary on a four-year contract, despite objections from his club, Al Ahly, due to the fact that he was still under contract with them. The consequence of this transfer resulted in a ban for FC Sion, by the FIFA Dispute Resolution Chamber, from registering any new players for two registration periods. No transfers were made in the summer of 2010 and an appeal by FC Sion to the Court of Arbitration for Sport (which was eventually unsuccessful) was in progress.

UEFA President, Michel Platini, commented immediately after the Celtic v Sion tie: “There are rules that have not been respected. FC Sion has not respected the rules of the transfer ban, they signed players and then played those players.” As Platini’s comments suggest, UEFA upheld Celtic’s protest and ordered Sion to forfeit each match 3-0. Just eight days after exiting Europe, Celtic found themselves preparing for the group stages by way of a 6-0 aggregate victory!

In line with their right to appeal, Sion contested the ruling on the basis that they felt the transfer embargo had been lifted at the time of signing the players. On 13th September 2011, UEFA published the following statement on their website:

The UEFA Appeals Body today dealt with the appeal lodged by FC Sion against the decision of the UEFA Control and Disciplinary Body of 2 September to forfeit their two UEFA Europa League play-off games played against Celtic FC on 18 and 25 August.

The Appeals Body heard the parties and decided to reject the appeal lodged by Sion, confirming that the Swiss club had fielded ineligible players in both matches.

As a consequence, Celtic remain qualified for the UEFA Europa League group stage and will play against Club Atlético de Madrid on Thursday 15 September. An appeal against this decision can be lodged to the Court of Arbitration for Sport (CAS) within ten days of receipt of the written grounds for the decisions.

UEFA also received today on this matter a court decision from the Tribunal Cantonal de Vaud and will issue a statement in this respect at a later stage.

Sion were determined to pursue their appeal, taking their case to the civil courts (two of whom ruled in the club’s favour). However, FIFA stepped in, appealing the ruling to higher court. The Valais cantonal court in Sion overturned the decision of the civil courts and sided in FIFA and UEFA’s favour. At this stage, Celtic had already earned five points in four group matches of the competition, yet Sion persisted in submitting a dossier to the Court of Arbitration for Sport, who had the ultimate say on the matter. Should the entity favour FC Sion, UEFA would need to find some way of reintegrating the Swiss club into the group stage in place of Celtic. 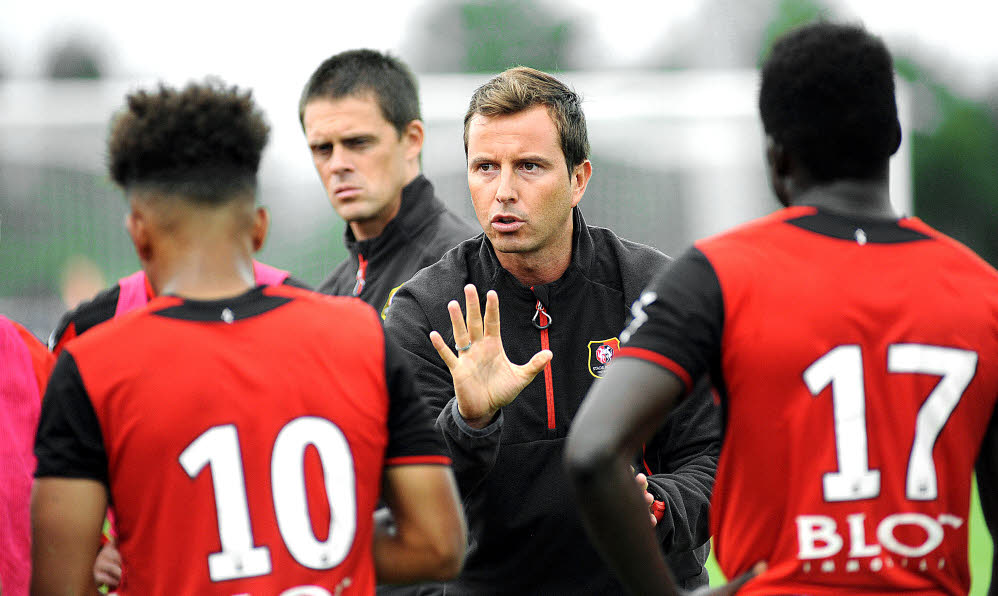 In a statement released after the hearing on 24 November 2011, the Court of Arbitration for Sport (CAS) confirmed that they sided with UEFA in the debacle and Sion would not be reinstated to the Europa League. A spokesman for CAS said: “The request filed by UEFA, to confirm that FC Sion is not entitled to be reintegrated in the UEFA Europa League 2011/2012 is admissible and upheld.” In addition, the organisation instructed Sion to pay 40,000 Swiss francs to UEFA as contribution towards its legal costs incurred in connection with this arbitration. In making this decision, CAS confirmed that UEFA was correct to enforce the FIFA regulations and that the UEFA disciplinary bodies were right in declaring the games of FC Sion in the UEFA Europa League lost by forfeit.

Celtic failed to build on the eventual security of their position in Europe and crashed out at the end of the group stage with just one win (3-1 v Rennes), three draws (including a superb performance away against Udinese) and two defeats (against Atletico Madrid). Although many of those results and performances were respectable as the opposition was tough.