You are at:Home»Latest»Evander Sno – A Blast From The Past

EVANDER SNO was signed by Gordon Strachan in June 2006 from Feyenoord for a sum of £250,000 at the age of 19. It was thought that the Celtic manager had identified Sno as being a potential replacement for Neil Lennon in the heart of the Celtic midfield. 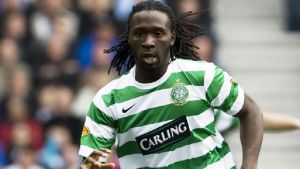 It would take Broony to do that though, it was tough act trying to replace Lenny.

In his first season, the big Dutchman imposed himself on the Celtic team beginning life in green and white with a impressive display in the League Cup 3rd round tie against St Mirren.

The support saw hints of a real star in the making with his touch, vision and strength.

Predominately substitute appearances allowed Sno to progress in the Scottish game and the level of his performances throughout the season earned him a place in the side that narrowly lost to AC Milan 1-0 AET in the last 16 of the Champions League.

The second year at Celtic for Sno saw an unfortunate dip in form that resulted in some negative press and reaction from some in the Celtic support. The lapses of concentration resulting in mistakes were magnified by the media and unfortunately, Sno was unable to recover.

One memory of Sno remains a haunting one in the form of the 2006/07 CIS Insurance Cup quarter final at home to Falkirk. With the side’s locked at 1-1 after 90 minutes and extra time, penalty kicks were needed to determine who’d progress to the next round. 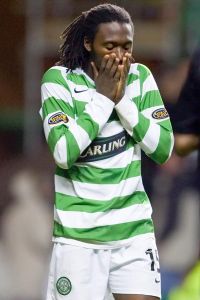 The penalty shoot-out went to sudden death and future Hibs manager Jack Ross buried his penalty beyond Artur Boruc and up stepped Sno. His youth and inexperience overawed him and he missed sending the Bairns into the Semi-Finals.

In two seasons, Sno made just 50 appearances for Celtic and scored just one goal against Hibs in his debut season. He left Celtic with two SPL titles and a Scottish Cup to his name.

Unfortunately for Sno, Celtic weren’t the club to see him progress any further as a player and he sought a return to his homeland in the form of Ajax.

Where is he now?

Sno currently plies his trade with Dutch amateur side DHSC after announcing his retirement from professional football in July 2017.

Sadly for the 32-year-old, health concerns forced him to end his career prematurely. Sno collapsed on two separate occasions after suffering heart attacks.