You are at:Home»Latest»Even with an ever growing injury list the Celtic juggernaut keeps on rolling

Celtic maintained recent momentum by absolutely dominating a Dundee United team who came to Celtic Park back in September and held us to a 1-1 draw. The trip to Tannadice was seen by many as a potential banana skin but in the end this was a match we won with ease, and if truth be told we should have inflicted a truly embarrassing scoreline upon the tangerines.

We controlled this game from start to finish and my only critique is that, not for the first time this season, we didn’t run up a cricket score against a side who had absolutely no answer to our dominance. In the end of the day it’s hard not to be fully satisfied with going to a tough opponent like Dundee United’s ground and taking maximum points in a 3-0 win but the amount of clear cut chances we squandered was frustrating. 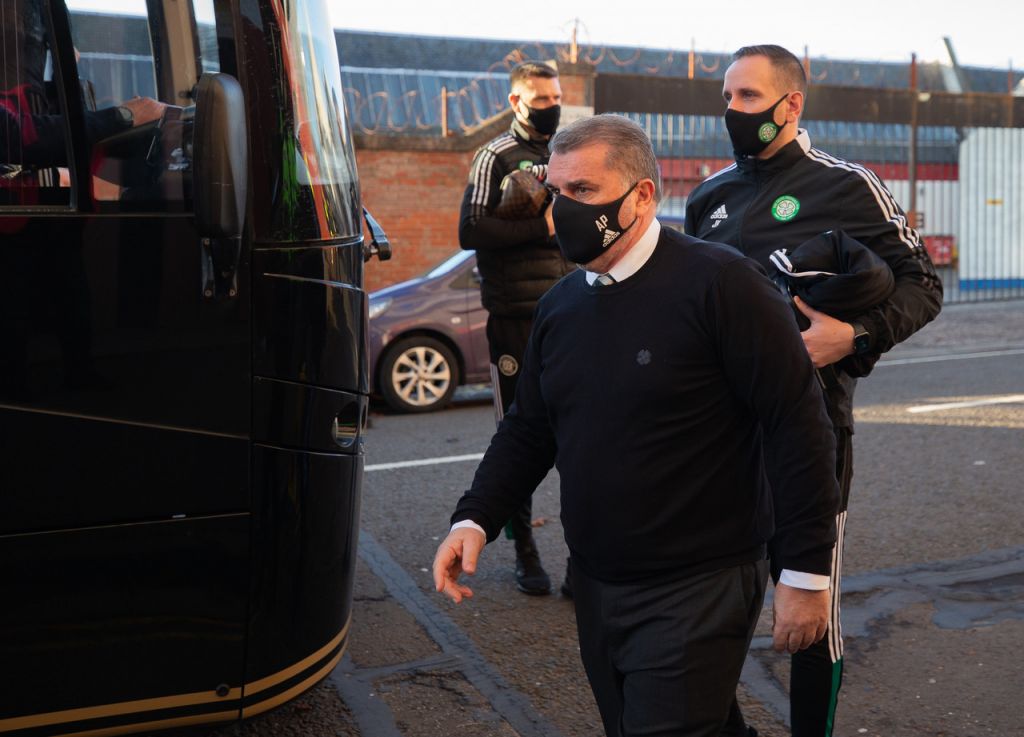 With the standard of refereeing in Scotland and their obvious bias against Celtic (another blatant red card ‘missed’ again today) I would much prefer that when we are in such command in these situations that we bury the opposition early, extinguishing the opportunity for the officials to influence the game and please the ‘brotherhood’.

Anyway as I said that is just a small complaint I have in an otherwise magnificent performance by a Celtic team ravaged by injury. Many worried we may struggle without the like of Jota, Ralston and Welsh but the boys who stepped in to replace them gave their all to try and ease our concerns. As always the tempo was high and we played so high up the pitch for most of the match that our defence were camped not far off the half way line. 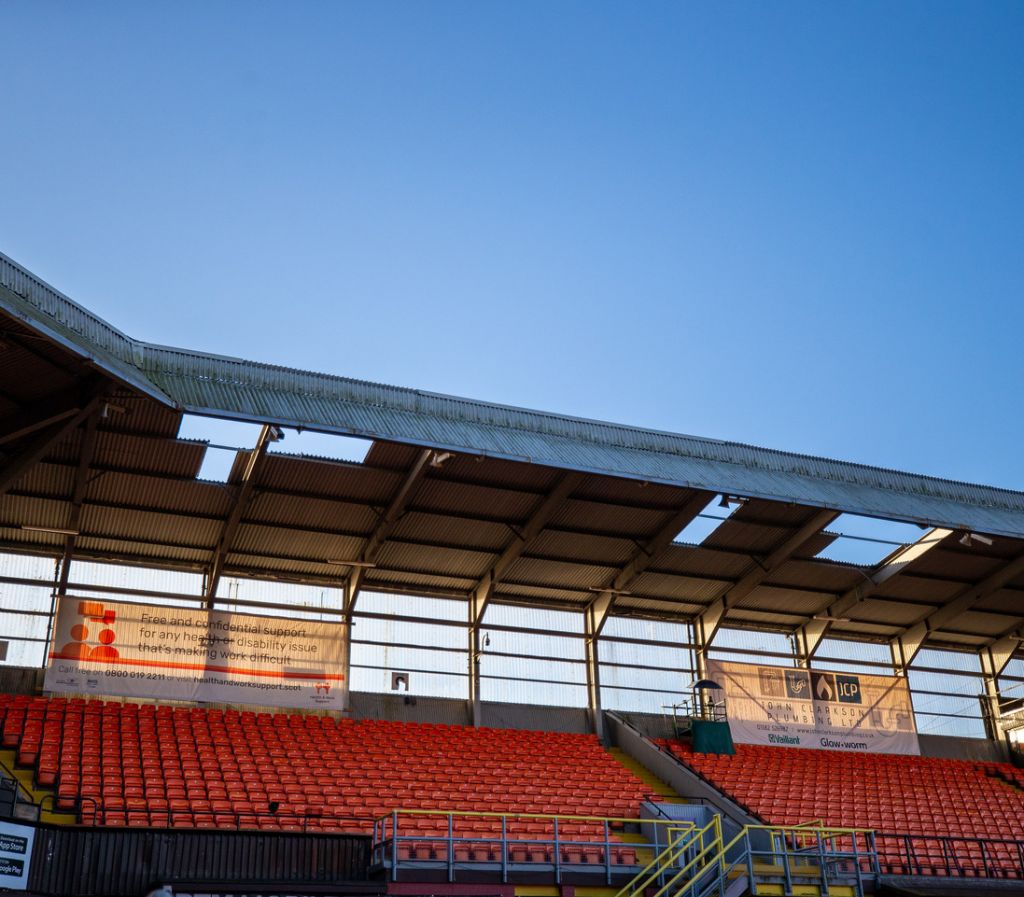 5th December 2021; Tannadice Park, Dundee, Scotland: Scottish Premier League football, Dundee United versus Celtic: Sections of the roof missing after storm Arwen in one of the stands at Tannadice forced Dundee United to close the stand prior to the match. Photo Vagelis Georgariou

Jota has been in red hot form recently so was always going to be a hard act to follow but I thought Mikey Johnston put in a shift today he should be proud of. I was frustrated with him after he replaced Jota against Hearts on Thursday but today he performed well. He made himself available constantly, he provided some good balls into the box and was involved in some of the pleasing build up play. This is your chance Mikey, don’t let it slip past you. 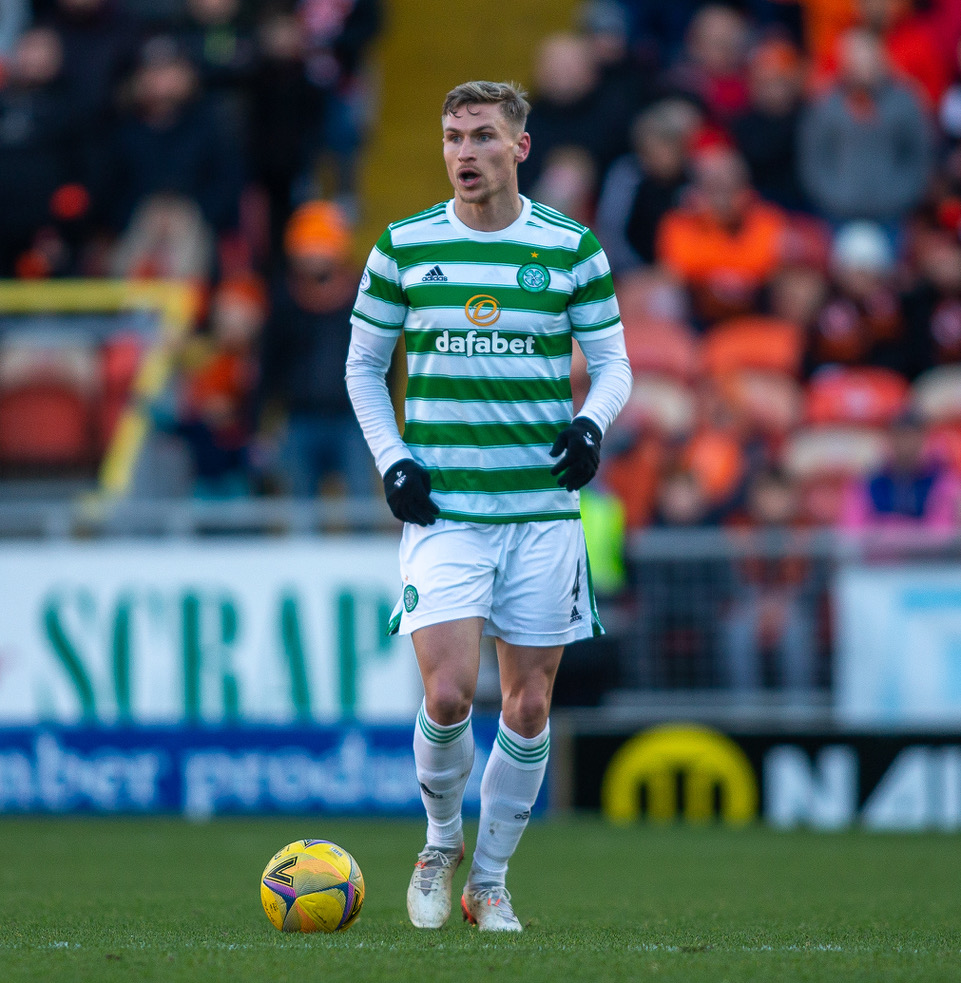 Greg Taylor returned today after almost 3 months out and for his first game back i thought he did well. I think he will always split the Celtic support but it was good to see him back to fitness and he couldn’t be faulted today. We also had what Ange regards as his number one centre back partnership back with Cameron Carter-Vickers and Carl Starfelt back and they cruised through the whole game. It’s encouraging over the last two games that Starfelt has seemed to have shaken off the nervous tendancies he had been displaying earlier in the season.

One thing I looked out for today was Josip Juranovic’s performance in his preferred spot at right back. Even though Anthony Ralston has been one of our best players this season some fans still think he should be dropped and the Croatian international deployed in the position. Personally I thought Juranovic was ok today but I honestly think Ralston on recent form is the better choice. Juranovic’s crossing was erratic today to say the least whereas Ralston’s contribution in that regard has been fantastic recently. Definitely a much welcomed battle for that position when Ralston returns. 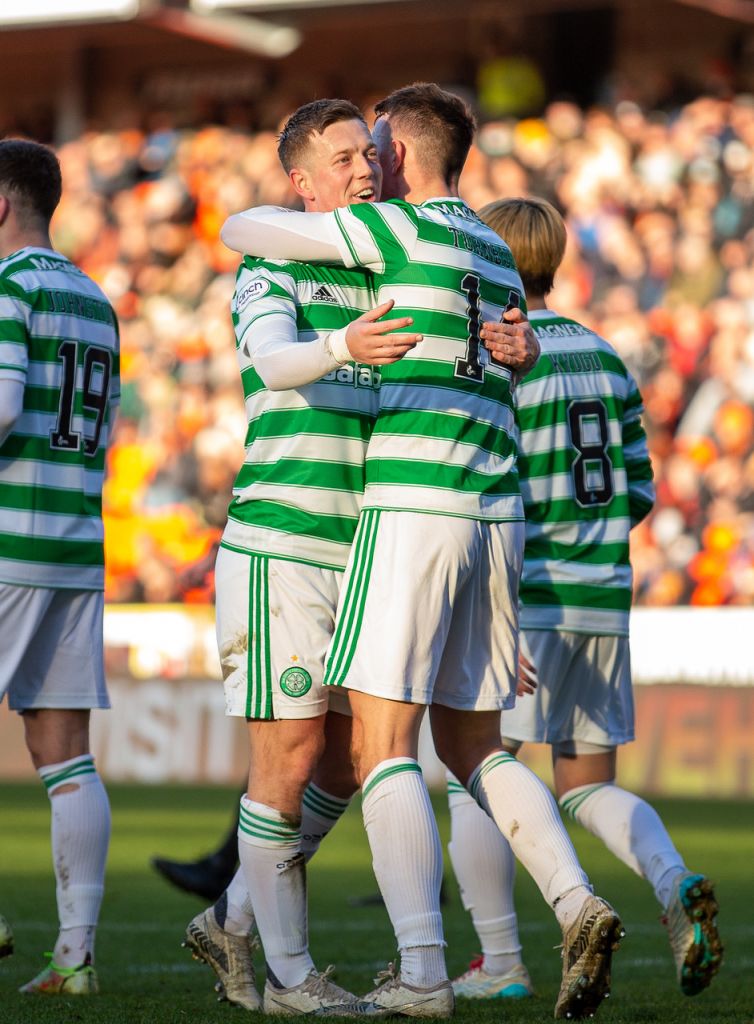 Regarding the goals today, the first two were phenonomal. The first was vintage Rogic. It’s pieces of truly world class moments like this that should remind all Celtic fans how lucky we are to have the wizard of Oz in our ranks. The second from Turnbull was like something Dennis Bergkamp would have produced back in the day. When it went in I was actually in the middle of criticising him for wasting so many clear cut chances during recent games. Good timing David.

Finally a big shout out to Callum McGregor. Our captain was absolutely brilliant today. Somehow he manages to keep getting better and better and I think being handed the captain’s armband at the start of this season has inspired him to up his performance levels even more. The pass for Turnbull’s goal was almost as good as the finish. The fact he has recently signed another contract at Celtic Park is a blessing. A player of his quality giving the best years of his life to Celtic should be celebrated. We are lucky to have such a wonderfully gifted player.

Onwards now to the dead rubber game against Real Betis on Thursday. Will be interesting to see if Ange puts his strongest team out or will he give players such as Liam Scales a chance to impress. He did really well when he came on and took his goal well. It was great to see how happy all his teammates were when celebrating with the Irishman after his goal. Obviously a popular player in the dressing room. Maybe Thursday will provide a few more fringe players the chance to impress.