You are at:Home»Celtic Women»“Every time we fall, we always come back stronger, we are mentally very strong,” Fran Alonso

Fran Alonso was back in front of the cameras yesterday, as the Celtic FC Women’s head coach took part in his first press conference since returning from the winter break, ahead of Celtic’s own return to the Penny Cars Stadium on Sunday, and an SWPL1 encounter with Hamilton Accies, a team who will no doubt be concerned about facing a Celtic side in blistering goalscoring form.

Sunday’s game with Accies will be the first home game for the Hoops since returning from the winter shutdown – and for Celtic season ticket holders the game will also be available to view on the Pass to Paradise this weekend.

Celtic TV’s Louise Gould will be live from the Penny Cars Stadium, and will be joined by Academy Coach and former Celt, Heather Richards to bring you all the build-up to from 1:45pm, and Celtic TV’s Daylin Docherty will take over on commentary duty from kick-off at 2pm, joined by former Celt, Suzanne Mulvey providing the analysis.

The Celtic Star were first up yesterday and we asked Fran if it was simply a case for the team to now enjoy their football, and with the team haven proven they can beat both their Glasgow rivals in the title race, win their upcoming games and see where Celtic’s current form can take the team in the title race.

“That’s right, that’s the perfect definition, go game by game,” Fran replied. “We were extremely disappointed in the two points dropped against Hibs, in a game we should have put away way earlier. So, we’ve tried to correct in terms of chances created, and chances put away, and I think the reaction from the team has been outstanding.

The good thing about this team is every time we make a mistake, every time we fall, we always come back stronger, we are mentally very strong.

“After a break it sometimes takes a couple of games, but right now the girls are flying so right now I can’t wait for games to come because I think the team are doing very well.”

Celtic did drop points in that game against Hibs but in truth they could have had the game won by half time, so dominant were they in terms of possession, creativity and chances created and should count themselves unlucky. Yet the standards set by Alonso have been high and Celtic did respond to the disappointment of dropping points – and in some style.

Since the conceding of those two points in the 1-1 draw with Hibs, Celtic have scored 19 goals without conceding, with a 12-0 Scottish Cup win, and followed up last weekend with probably the best League performance of the season with a 7-0 win over Partick Thistle. 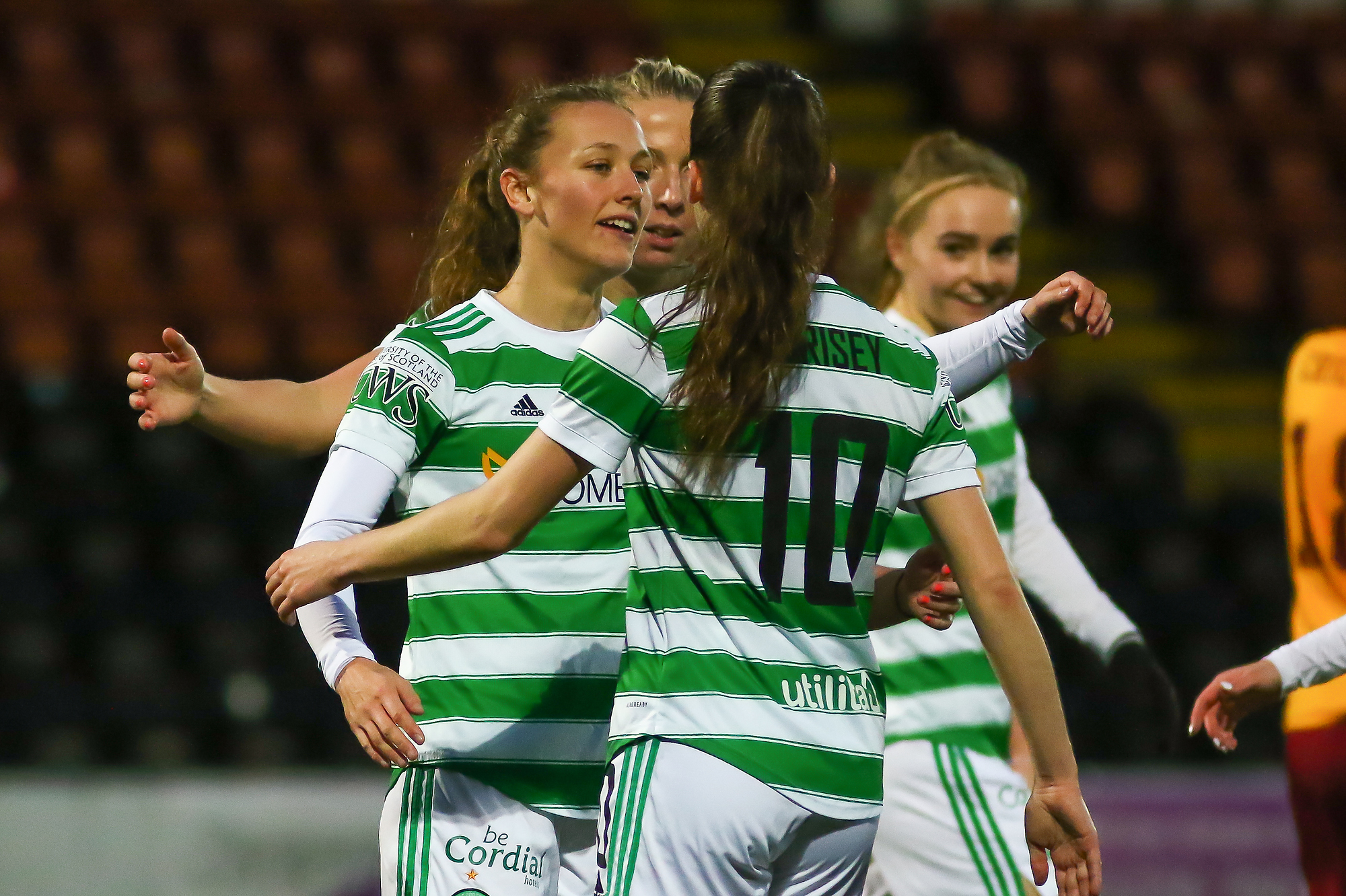 “So far, she has scored more goals than appearances, so that’s outstanding. She’ll need to keep working hard, but that’s the good thing about Charlie she does work very, very hard, and she’s a very humble player. She could actually have more goals but she has given many assists.

“For her I think it’s more important how many titles Celtic can win, if we can qualify for Champions League, if we can win another title this season. For her, that is more important than how many goals she has scored, but it is important for a striker obviously to score goals, but we are delighted with her, and with the whole team, so the answer for this is she only knows.” 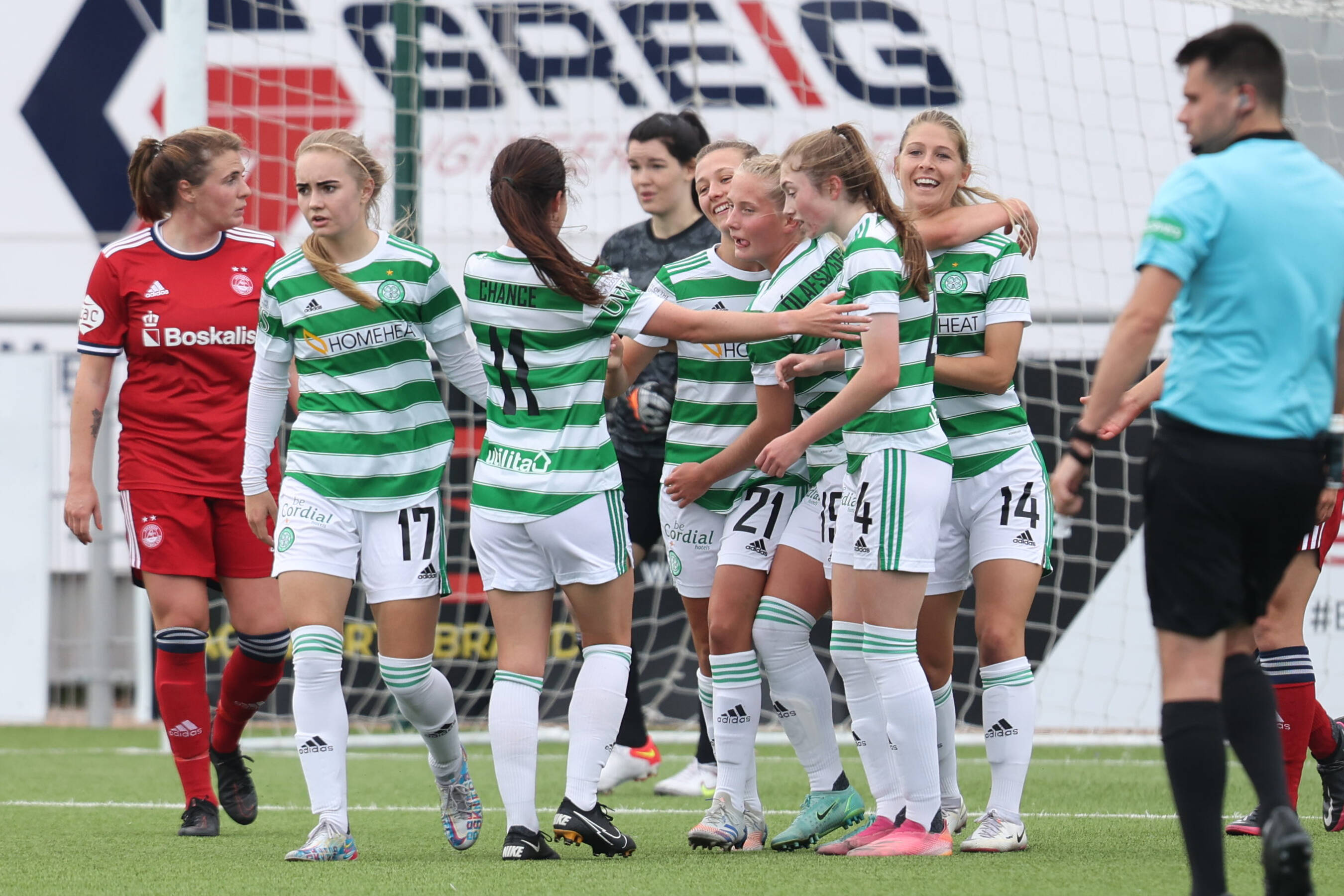 New goalkeeper Anna Vincenti went straight into the starting eleven for Celtic last weekends’ SWPL1 encounter with Partick Thistle at Petershill Park, and if you didn’t know we’d signed a new player, you’re not the only one, with Celtic apparently keeping the former Olympic skier and ex Hibs and Motherwell ‘keeper under wraps prior to announcing the starting line-up, so what was the story behind that one?

Fran admitted the pandemic and injuries played a part but also advised another ‘keeper was always part of the plans.

‘We always wanted a third choice ‘keeper, although our number one and number two are outstanding, for me, some of the best goalkeepers if not THE best in the country.

But we needed a third choice, it helps in training, it helps in team selection and the fight between them. And we phoned Anna, I think another very good goalkeeper, a very great character, and that will just make more competition in goal.

Anna will now be fighting for a position on the bench or a position in the starting eleven, with our other two girls so, that’s very good for us.” 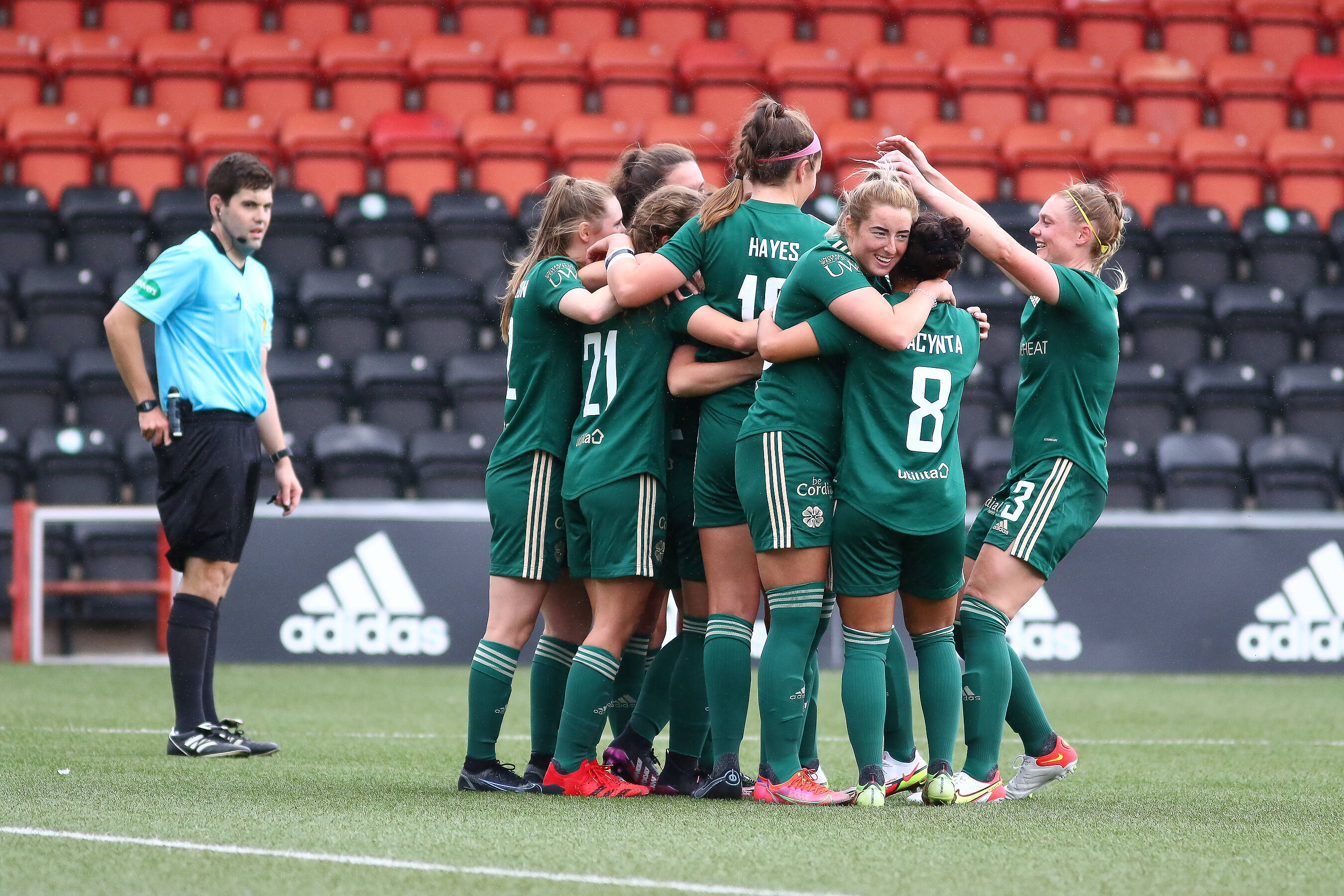 Despite advising prior to the winter break that he didn’t intend to add to the squad, Fran Alonso was obviously keeping his cards close to his chest and as well as Anna Vincenti, Celtic have also added former Glentoran defender Annie Timoney to the roster, so anyone tuning into the Pass to Paradise on Sunday will not only get to see a Celtic team in top form, they may also get the chance to run the rule over a new signing to boot.

And if you want to get along to support the team, you can still buy tickets. Kick-off at the Penny Cars stadium on Sunday is at 2:00pm, Gates will open at 1:15pm and you can purchase at £8 for adults and £4 for Under 16’s by following this link.

On recent form Fran Alonso’s Celtic side are good value and whether you’re tuning in on the Pass to Paradise or making your way to the Penny Cars stadium you will enjoy watching this team entertain you on Sunday afternoon.

Listen to Behind The Goals ⤵️

🗣️ Manager @FranAlonsoFA delivers his thoughts as the Ghirls prepare to take on Hamilton this Sunday!

🎟🏡 We’ll be heading home to the Penny Cars for the first time in 2022 this Sunday – be there to back the Ghirls as we welcome Hamilton Accies!🍀