You are at:Home»Latest»‘Everybody is laughing at you Alex, you, your club, your People and everything you stand for’

OVER the weekend we were entertained by Alex, a Rangers supporter who contacted The Celtic Star and got a few things off his chest after we carried a couple of articles contrasting the difference between the behaviour of the Celtic support in three European Finals in Lisbon, Milan and Seville and the Rangers support in Barcelona in 1972 and Manchester in 2008.

You can catch up with that article HERE and also on the follow-up yesterday when Celtic Supporters answered Alex in quite spectacular fashion. Both are well worth a read if you missed what was going on.

Priceless – A Must Read Rangers fan’s Response to our Manchester Riot Reminder | The Celtic Star https://t.co/L41vkP5HQA

Unmissable! Celtic fans reply to Alex, the Rangers fan – ‘the Donald Trump of Pigeons,’ ‘the pain is fantastic’ | The Celtic Star https://t.co/8AhjW8UlMz

Anyway, I received another email this morning, this time from Celtic supporter Ross Mcallister who is going to have the last word on this. Enjoy! 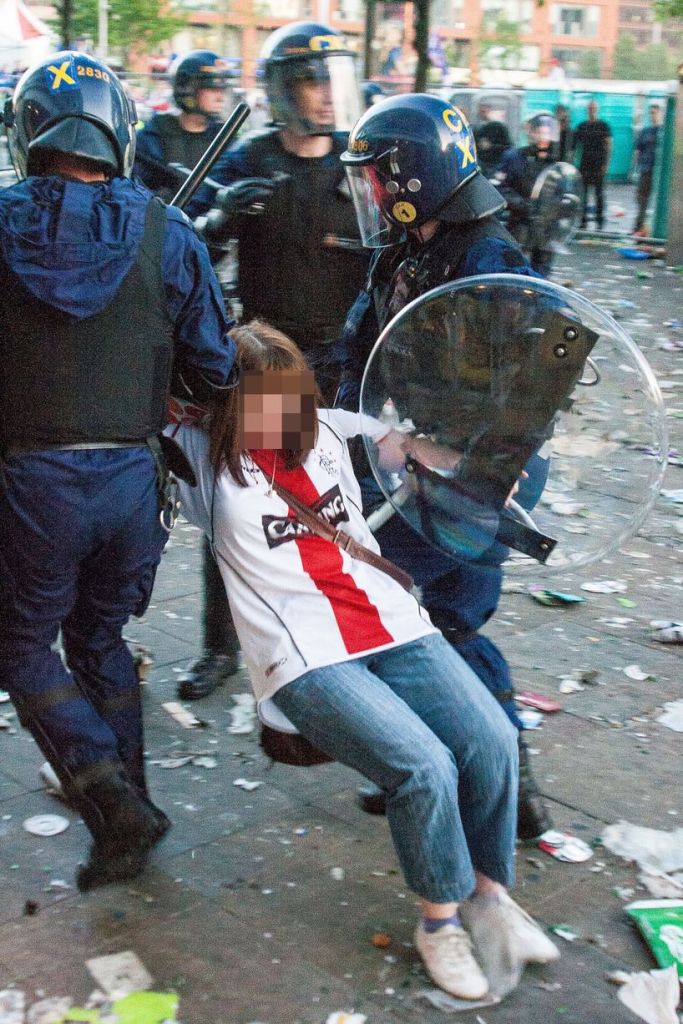 Really, is this guy for real?

Alex talks about us being disgruntled but I think he may be just a wee bit confused. Celtic have not only won the last nine titles, we have also won EVERY domestic trophy since this new club appeared in our league. Why would we be disgruntled? These people have given us the best comedy show since Monty Python and the holy grail. The banter years have been fantastic.

Its a well known fact in psychology that when people are not happy within themselves, they tend to look out and blame others instead of searching for their own answers inside. Maybe if they did that, they would start getting somewhere.

However, all they have to shout about now is the fact that someone who was in charge of a boys club many years ago abused children. Nobody in their right mind condones child abuse but when it is being used as a tool to protect one’s ego from being deflated then there is something far wrong. Whether you are connected to Celtic or not people are horrified by the actions of these people but the culprits have been dealt with by the justice system in the same way the guy who was at Rangers has been dealt with. Its time to let it go Alex.

Also, while your letting go of your deep resentments, maybe accept your own misdemeanours and move on.

Manchester was a full scale riot, yes maybe the actions of a minority, given the number of people there but why keep blaming, the English, the Irish, the Russians, the police and the press. YOUR FANS CAUSED IT. Accept it, make amends and get to the root of the problem.

What is the root of the problem?….well here it is. Elitism! Your club, its followers, its links to protestantism, loyalist organisations, right wing politics, imperialism, the monarchy and all its beliefs that you are entitled to have some sort of power over the people beneath you has become your achilles heel. Equal rights have become a way of life today and that has played a significant part in the downfall of your club.

Its a well known fact that sporting integrity in Scotland was blighted for years by the refereeing hierarchy having strong links to the Masonic Lodge and the Orange order. If you dont believe me give this a watch.

The prehistoric bigoted antics of a majority in the journalism world have been replaced with an impartial and unbiased generation who try with all their might to write about the truth. Slowly but surely this type of bigoted behaviour is being eradicated ftom society and it has had a bearing on the demise of your stance as a football club. (Ok, so Donald Trump contradicts that last statement but he will fall as hard as the rest when the time is right).

The once GREAT Britain has become not so great, (thats a whole separate issue which could be discussed until the cows come home), the WE ARE THE PEOPLE slogan that your club has believed for all these years is now the laughing stock of world football and your continued failures both on and off the football field have now become a source of light hearted entertainment for not only us as Celtic fans, but in every nook and cranny of every country, in every continent of this god forsaken world.

Everybody is laughing at you Alex, you, your club, your PEOPLE and everything you stand for.

Here are one or two of your clubs actions ovef the past ten years that should give you a wee chuckle.

I hope this gives you the same enjoyment its given me and thousands of others, so from one “Disgruntled” scottish football fan to another. I’ll leave you with a little bit of friendly advice…………

Buy a dictionary and look up the word HUMILITY!!

God Bless you my friend.

Ross Mcallister
A Celtic man who knows his place!!

MATT CORR’S debut Celtic book, Invincible is out now. All copies pre-ordered or bought over the weekend since publication day on Friday, have now been posted and are on their way to Celtic households all over the world. You can order your signed copy of Invincible, which will come with a complimentary copy of That Season in Paradise, covering the Lisbon season, by visiting thecelticstarbookstore.co.uk – it’s a beautiful hardback book, the paper is whiter than Brendan’s teeth and these two books will make an outstanding Father’s Day gift.

There was one 9-in-a-row achieved yesterday. That was the hours involved in signing copies of INVINCIBLE🍀🍀🍀 following their arrival from the printer. Bit calmer today as I catch up on the latest orders. Huge thanks to everyone who has supported us. Staggered by the response. pic.twitter.com/AV7XDG6tN8

MATT CORR’S INVINCIBLE was published on Friday by The Celtic Star, hundreds of copies have already been sold and Matt signed them all yesterday and these were all  posted on Saturday morning along with a complimentary copy of That Season in Paradise, covering the 1966-67 season. You can order your signed copy of Invincible and receive the complimentary Celtic book from thecelticstarbookstore.co.uk and we’ll post it to you on Monday morning. Guaranteed.