You are at:Home»Latest»Exactly 50 years apart on this day, two big ‘Glasgow Derby’ wins for Celtic, watch the 1988 highlights

ON THIS DAY IN 1938 Celtic went to Firhill to beat Partick Thistle 6-1 with goals from Johnny Crum, Johnny Divers, Frank Murphy, Chic Geatons and two from Jimmy Delaney. 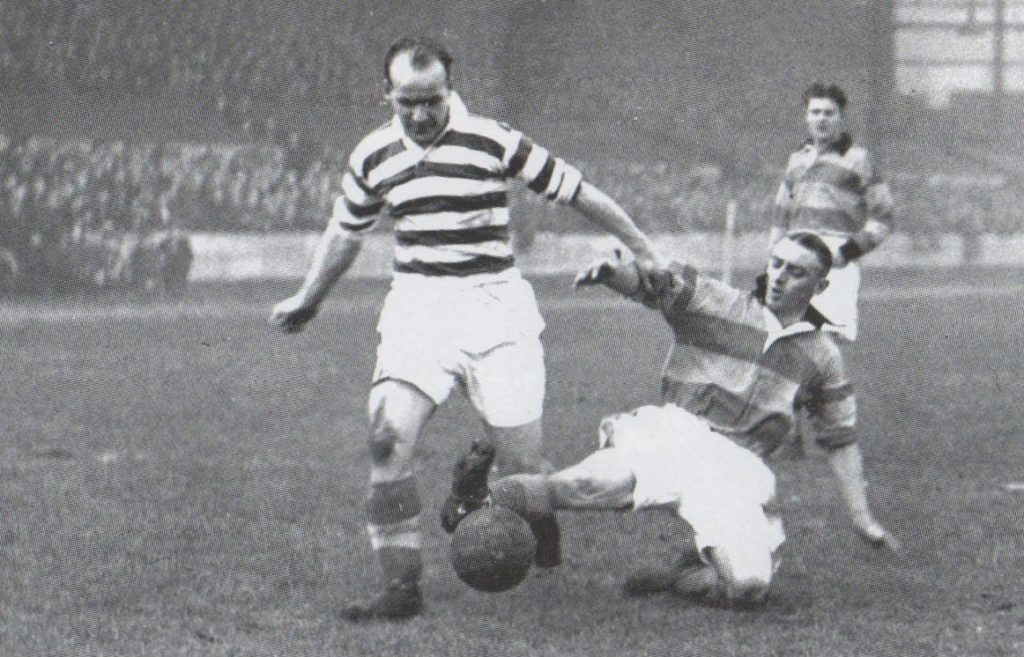 This was a fine performance and Celtic felt that they owed their fans something, for they lost to Kilmarnock in the Scottish Cup the week before. This would of course turn out to be a fine year for Celtic, for they would will both win the Scottish League and the Empire Exhibition Trophy.

A BAD 12 March was 1955 when a feckless 0-0 draw at Parkhead against Partick Thistle seriously impaired Celtic’s Championship challenge.

Our new Bookstore is up and running and there is a great offer to kick things off. Order our Obsessed with Celtic t-shirt (available in 3 colours) and get a free copy of In the Heat of Lisbon with your order. Shop now at www.thecelticstarbookstore.co.uk

Previous ArticleBeautiful Sunday! Five things worth mentioning after Rangers 2 Celtic 3
Next Article Questions still need to be asked about the Celtic defence despite a thrilling win in Glasgow Derby