You are at:Home»Latest»Fabrizio Romano confirms Alistair Johnston in ‘advances talks’ with Celtic

Reports and rumours revolving around the Canadian right-back, Alistair Johnston transferring to Paradise to play under Ange Postecoglou have been rapidly accumulating. Though the Montreal boss downplayed any mention of meeting around transfers, more and more reports are coming through detailing the contrary.

The MLS insider, Tom Bogerts has now reported that the Canadian full-back is now in ‘advanced talks’ with the Hoops, as the likely departure of Juranovic looms. Bogerts makes it clear that nothing is set in stone regarding this potential move, and that it is only the talks that have advanced with the Canadian. Bogerts took to Twitter to voice this development as more and more reports emerge regarding this potential transfer.

Johnston, 24, has 31 caps with Canada & made 77 apps in MLS with Montreal and Nashville. Nashville have 10% sell-on clause. pic.twitter.com/3vHe1bHnA2

Johnston was born in Vancouver but has a British passport, which essentially means that a move to Celtic would incur little difficulty and be a relatively easy move. The Canadian is currently playing at CF Montreal and previously played with Nashville, who appear to have a 10% sell-on clause. 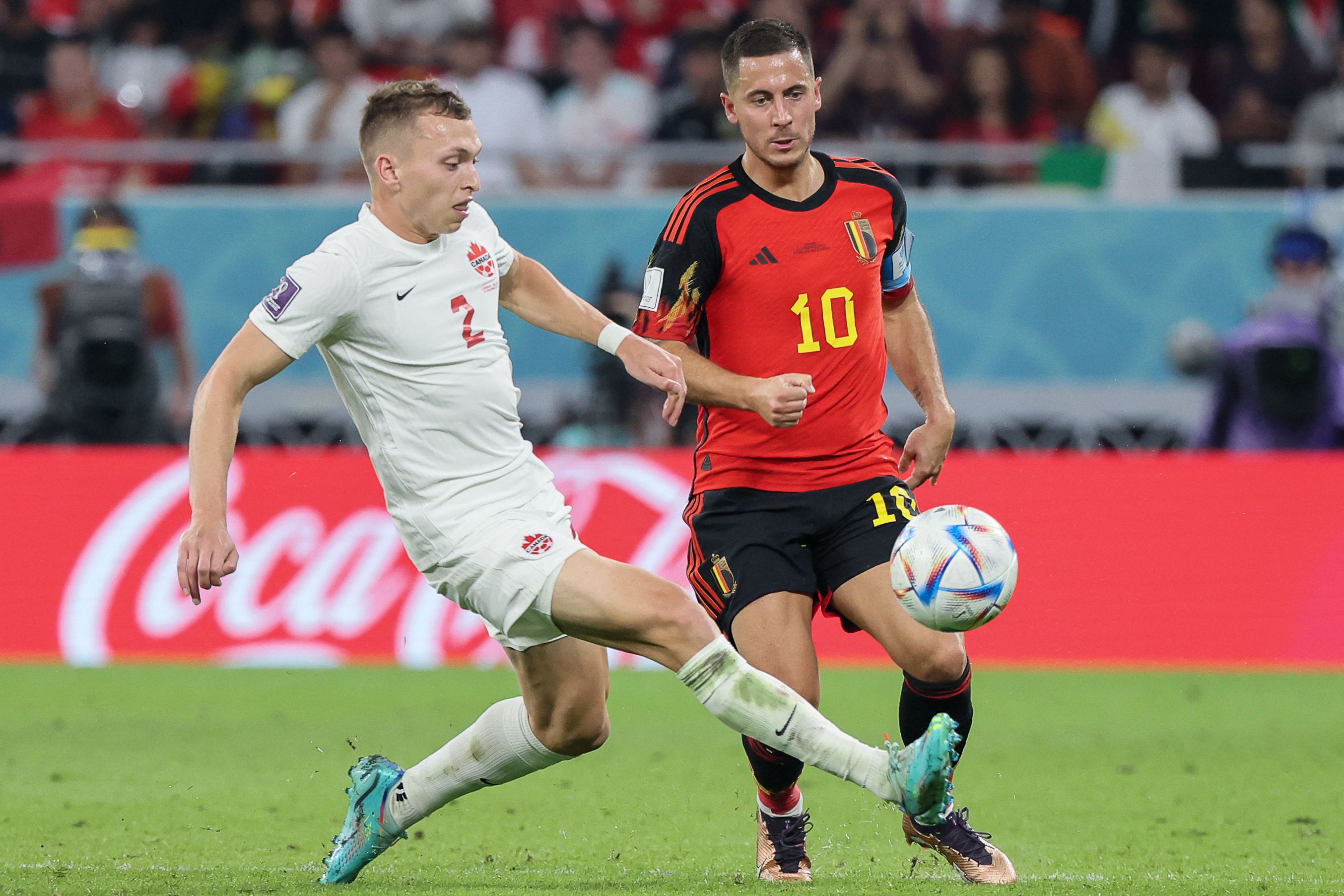 Canada’s defender #02 Alistair Johnston fights for the ball with Belgium’s forward #10 Eden Hazard during the Qatar 2022 World Cup Group F football match between Belgium and Canada at the Ahmad Bin Ali Stadium in Al-Rayyan, west of Doha on November 23, 2022. (Photo by JACK GUEZ/AFP via Getty Images)

The relatively young right-back would come as a welcome replacement to Josip Juranovic as he will be fresh out of the World Cup, while accumulating some crucial experience of the high standard of football needed to play under Ange Postecoglou. Rumours and reports seem to be flying around, whether this ‘advanced’ state of talks will amount o anything is entirely unclear, so we will just have to sit tight and keep an eye on Johnston as he prepares to take on Croatia on Sunday.

Fabrizio Romano has also added credence to this transfer story which looks like happening shortly.

Celtic are in talks to sign Canada and Montreal defender Alistair Johnston on permanent deal. Negotiations are ongoing, as @ManuelVeth called. ⚪️🟢🇨🇦 #CelticFC