You are at:Home»Latest»FC Flora of Estonia – Celtic’s potential Qualifying Round 1 opponents in the 2020/21 Champions League

Celtic’s potential Qualifying Round 1 opponents in the 2020/21 Champions League: FC Flora of Estonia…

Ahead of Sunday’s draw for the first qualifying round of the Champions League, I’ve been reviewing the 17 potential opponents who Celtic could face later this month.

With all but one of the possible options known, we’ve already covered the first 12: 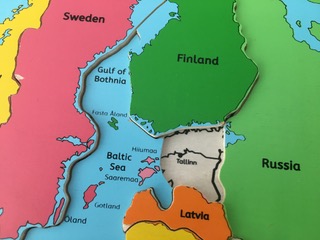 FC Flora will be the Estonian representatives in the 2020/21 Champions League. They have a UEFA co-efficient of 4, compared to Celtic’s 34. 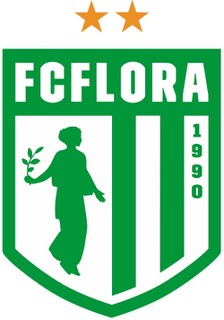 The club was established in March 1990 in the Estonian capital, Tallinn. It takes its name from the Greco-Roman goddess, Flora, who appears on the club crest.

Flora players wear green jerseys and socks with white shorts for home games, whilst on the road they sport white tops with black shorts and socks. The green-and-white colours are meant to reflect growth, purity and honesty but then we already knew that.

Home games are played at the Lillekula Stadium, which holds around 14,000 spectators. It was built in 2001 then expanded in recent years before hosting the 2018 UEFA Super Cup between Real and Atletico Madrid. Owned by the Estonian FA, the UEFA Category 4 stadium is currently known as the A. Le Coq Arena for sponsorship reasons. 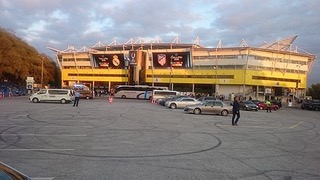 As the Estonian season runs from March until November each year, qualification for the 2020/21 Champions League is based on the campaign which ended in late 2019. Flora finished the 10-team Meistriliiga 12 points ahead of FCI Levadia, whilst defending champions Nomme Kalju were a further point behind in third place.

Last season’s championship was the 12th won by Flora, more than any other Estonian club. Founder members of the Meistriliiga in 1992, they are one of only two clubs never to have been relegated. Flora have also won eight national Estonian Cups and are the current holders, having beaten JK Narva Trans 2-1 at their own A. Le Coq Arena on 4 July 2020. 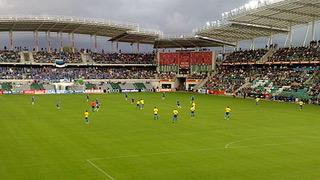 Whilst Flora have been perennial European contestants since 1994, only twice have they survived their opening tie. The first occasion was in the qualifying round of the 2006/07 UEFA Cup, against Norwegians Lynn Oslo, a side beaten 16-0 on aggregate by Don Revie’s Leeds United in 1969/70, in the Yorkshire club’s maiden European Cup-tie, on their way to a semi-final date with destiny with Jock Stein’s Celtic the following April. In July 2006, a late goal from Joel Lindpere secured a 1-1 draw for Flora in Oslo’s Ullevaal Stadion, a goalless draw in the Tallinn return then seeing the Estonians through to a clash with Denmark’s Brondby. A second consecutive 0-0 stalemate in the A. Le Coq Arena would prove insufficient, however, as four second-half strikes in Copenhagen saw the Estonians drop out at the second qualifying stage.

Last July’s opening qualifiers for the Europa League paired Flora with Serbians Radnicki Nis, late goals from Mark Anders Lepik and Konstantin Vassiljev in Tallinn enabling the Estonians to take a 2-0 lead to Nis for the second leg. Flora would then come from behind twice to earn a fighting 2-2 draw, thanks to Henrik Purg and a stoppage-time equaliser from Lepik, to secure their best European result to date.

They would face a step up in class in the second qualifying round, drawn against Bundesliga outfit Eintracht Frankfurt. Both legs of the tie would follow an identical pattern, with the Germans scoring first, Flora equalising before the interval then Eintracht grabbing a winner in the second half. There would be no disgrace for Flora in losing to the Frankfurt side, who would include victories over Arsenal and Red Bull Salzburg on their march to the round of 16, before being surprisingly eliminated by FC Basel last night.

Celtic have never faced FC Flora in a competitive match, however, the Estonians were very nearly the first opposition of the Brendan Rodgers era. 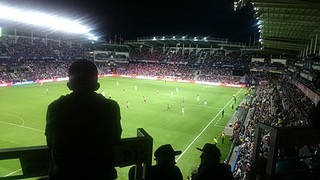 In the draws for the first qualification rounds of the 2016/17 Champions League, the Bhoys were paired with the winner of the tie between Estonian champions Flora and Gibraltarian minnows Lincoln Red Imps. It would be a first visit to either country for Celtic at that time.

The smart money was on it being Estonia, Flora the third seeds at that stage, whilst the Red Imps had a co-efficient of 1.7, behind the champions of both Andorra and the Faroe Islands. The sides met first in Tallinn, on 28 June 2016, in front of 900 spectators in the Lillekula. With 50 minutes on the clock, the tie was going to form, the Estonians 2-0 up and comfortable. Then the Imps pulled a goal back through Joe Chipolina, a bit of a celebrity in Gibraltarian football circles, having played in Spanish football and seen plans for trials at a number of Scottish clubs – including Hibernian and Livingston – fall through due to contractual issues with his club. The first leg finished 2-1, with all to play for the following week.

Chipolina was again on target in Gibraltar, this time from the spot within 15 minutes, to level the tie but give Imps the advantage on away goals. There were just over 1,000 in the Victoria Stadium, in the shadow of the famous Rock, and they watched as Spanish winger Antonio Calderon scored the second and decisive goal for the home side with 10 minutes remaining, to eliminate Flora and send Lincoln Red Imps through to meet Celtic.

Over the years, Flora have also been knocked out by a number of Celtic’s other previous Euro opponents. That list includes Partizan Belgrade, Dinamo Zagreb, Shamrock Rovers, Basel and Hapoel Be’er Sheva.

Celtic have played in the A. Le Coq Arena before, and it was as recently as last July. Having disposed of FK Sarajevo in the opening tie, the Bhoys were paired with Estonian champions Nomme Kalju in the second qualifying round of the Champions League. The contest was over following a 5-0 win for the Hoops at Parkhead, with goals from Kris Ajer, Leigh Griffiths and Callum McGregor adding to a Ryan Christie double. An early Kulinitis own goal in Tallinn was followed by a sublime injury-time strike from Maryan Shved, the only goal in his Celtic career so far for the Ukrainian winger. Celts would go on to face CFR Cluj in the third qualifying round.

The entire Flora squad are Estonian, as is their 33-year-old Head Coach, Jurgen Henn, who replaced Dutchman Arno Pijpers in January 2018.

Flora lost last-season’s top goalscorer in Estonia, Erik Sorga, when he joined MLS outfit DC United in January. He had scored an impressive 31 goals as Flora claimed the title, a massive 13 strikes more than his closest rivals.

If the name Markus Poom sounds familiar to you, then you definitely know your Estonian football history. The young Flora midfielder is the son of perhaps the most footballer to come from the country, goalkeeper Mart Poom. He earned 120 caps for Estonia between 1992 and 2009 and became a cult hero at some of the English clubs he played for, notably Derby County and Sunderland. Whilst at the Stadium of Light, he famously headed an injury-time equaliser against Derby, the club from whom he had joined Sunderland! He also spent a short time as back-up goalkeeper at Arsenal and received a runner’s-up medal as part of the Gunners’ squad who lost the 2006 Champions League final in Paris to Henrik Larsson’s Barcelona. He is now in his second decade as the national goalkeeping coach for Estonia.

I hope you enjoyed that look at the 13th of our potential European opponents and their previous record in continental competition.