You are at:Home»Latest»Fee Agreed with NY Red Bull for Cameron Harper, Davie Hay’s Grandson next to go with Man Utd now front-runners

Cameron Harper has decided to end his time at Celtic in favour of a move back to his homeland where he will sign for New York Red Bulls.

This evening, Glasgow Times reports that a fee has now been agreed that will allow the forward, who last month made his first team debut against Hibs due to the majority of the Celtic first team having to self isolate following the Dubai fiasco, to return to the States.

The teenager has been in discussions with New York Red Bulls regarding a pre-contract move but the deal looks like happening immediately after the American side agreed to a fee with Celtic that will now allow Harper to leave Celtic imminently. Harper wanted first team assurances at Celtic that were not forthcoming so has decided to leave the Quadruple Treble Winners in favour of a career in the MSL.

The American transfer window remains open despite the Scottish window closing at midnight on 1 February. The highly rated 19 year old has apparently agreed a four year deal with the New York side. This season Celtic have lost many of their top stars with the likes of Liam Morrison leaving the club to pursue his development at Bayern Munich while goalkeeper Liam Hughes left the club to sign for Liverpool. Josh Adam left Celtic to join Manchester City and earlier today news broke, as reported on The Celtic Star, that another promising youngster, goalkeeper Vincent Angelini, could be on his way out of the club in favour or a rumoured move to Lazio.

More news on this one to report, courtesy of our friends at the leading Manchester Utd fans media site Stretty News that the Old Trafford side are very much interesting in signing the 6’3 Celtic keeper amid strong interest also from Juventus.

“Manchester United are keen to land Celtic’s highly-rated goalkeeper Vincent Angelini. Aged only 17, Angelini is part of Celtic’s youth academy and despite his young age, the six-foot, three inch tall shot-stopper is attracting serious interest from some of Europe’s biggest clubs, including United,” Stretty News reports. 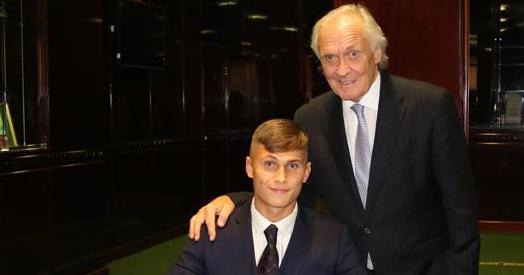 Speaking in August 2019 Vincent Angelini’s grandfather, the Celtic Ambassador Davie Hay had this to say about his grandson signing a contract with Celtic, as reported by CelticFc.com: “I’m absolutely delighted for Vincent. He has done this all by himself and it’s a testament to his determination and diligence.

“It was obvious years ago he wanted to be a goalie. When Christmas came around, the family knew what to buy as gifts.

“There would be goalkeeper tops with the famous names on the back and the gloves, too. He was always happy to be anywhere having footballs fired at him. 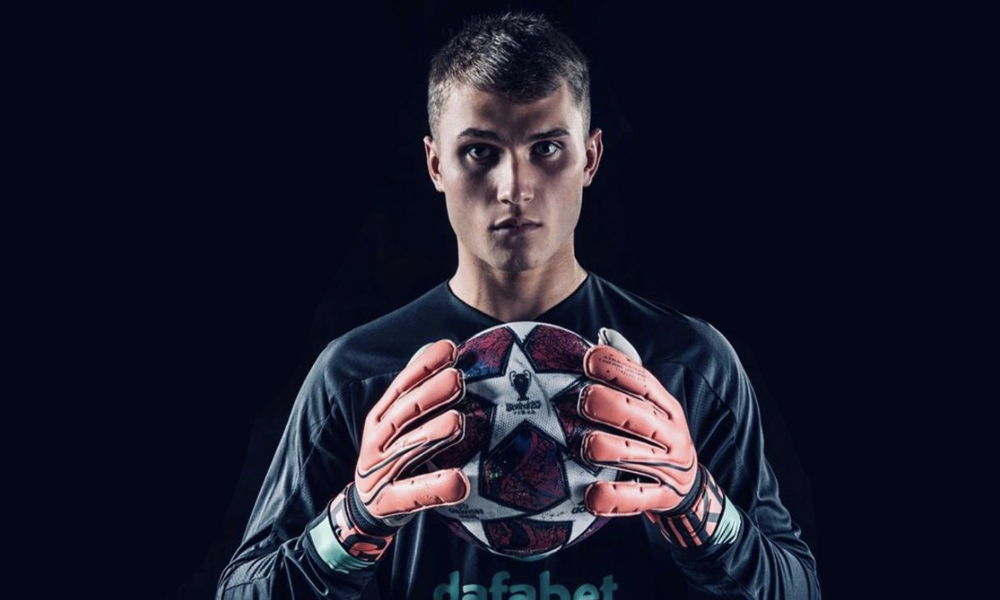 “Obviously, as his granddad I paid a lot of attention as he was growing up and I could see him actually growing into the position. It’s probably a strange equation, but you see he stripped as a goalkeeper, he actually began to look the part.

“Vincent realises he has been given a great chance and I have every confidence he will continue to work at improving his game. There were other teams showing an interest, but there was only one place for my grandson and that was Celtic. He’s take the first step and he knows it’s up to him now to take it from here.

“I have every faith in him and I am so proud of Vincent.”

The link to Lazio earlier in the day is also no surprise given the boy’s fine football heritage. Angelini’s father Tomasso was on Lazio’s books as a youngster. Meanwhile another Academy star, Daniel Kelly is being pursued by Sheffield United.

With the total lack of football training or game due to the Government restrictions caused by the pandemic, there is real evidence that the Celtic Academy is suffering badly. Our first team’s fiasco of a season is painful for the support but that can be regarded at the moment as a one off. However these losses of our brightest young stars – with many more such as Dembele, Okoflex and others set to follow, the very infrastructure of Celtic is being corroded.