You are at:Home»Latest»Fees for Celtic loanees prove that summer recruitment needs to be spot on

Jonjoe Kenny and Diego Laxalt arrived at Celtic to differing receptions but both from the so-called ‘Top Five Leagues’. Laxalt arrived with high expectations and Kenny arrived with little enthusiasm due to the poor state of the club in late January. With both now having departed the club, we can safely say that they had poor spells and were not worth the fees quoted for them. Everton and AC Milan are expecting decent fees for two players that struggled to make a positive impact at Celtic last season proves that the club’s recruitment this summer needs to be impeccable.

LancsLive claimed that Kenny was said to be worth £10m to Everton in January of this year, a fee that has reduced ahead of a likely summer clearout. Laxalt is meanwhile said to be available for just £4m, a mere six months after the Italians were valuing Laxalt at £7m, as per The Daily Record. The right-back was brought in as a replacement for Jeremie Frimpong, who exited for £11.5m to Bayer Leverkusen during that window. He was poor against Rangers in the games he played, being at fault for at least a couple of goals across the three games that he played. 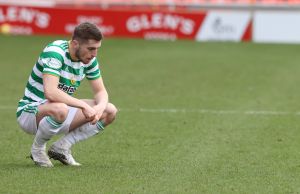 Neil Lennon said that Celtic had been tracking the AC Milan full-back for some time and that he was delighted to have sealed the deal in October. The Uruguayan joined on deadline day from Celtic’s Europa League Group H rivals AC Milan and immediately started the 2-0 home defeat to Rangers. His performances to begin with suggested promise and some supporters were in-favour of making the move permanent – if the price was right. However, he was criticised for poor performances since November as Greg Taylor won his place in the side again spelling the end of his time in Glasgow.

Celtic cannot fall into the trap of seeing the price tags of these overpriced players from England and Italy, instead acting shrewdly in the market – something that in recent times has been lacking. The Euros will afford scouts, coaches and fans the opportunity to watch a number of games and a fair few players will be on display. Celtic cannot miss an opportunity this summer and they will need to be ruthless in their pursuit for targets. 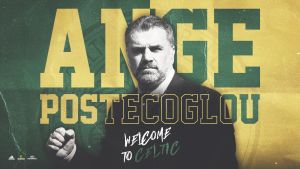 Ange Postecoglou said as he was introduced as manager that the club were underway planning recruitment but he needs to work shrewdly in the market. Targeting players in the same we that Odsonne Edouard, Kris Ajer and Ryan Christie are all likely to be targeted. Players that are wanting away from other clubs, players that are entering their final year and players that have been unable to agree new deals. Celtic need to be shrewd, ruthless but willing to spend on quality. There can be no repeat of the John McGinn or Ivan Toney debacle.

The club need a huge rebuild. It will likely take a few weeks to address all issues but it is something that requires immediate attention from all at the club. Postecoglou can work on identifying his backroom team and Dominic McKay needs to find a DOF whilst the pair work together to find a playing squad that can bounce back from last year’s shambles.