You are at:Home»Latest»Fergal Harkin decides to stay at Manchester City, what now for Celtic’s restructure?

Fergal Harkin and Eddie Howe had, for a number of months, been considered as the overwhelming favourites for the Director of Football and Manager vacancies at Celtic. However, in the space of a week, both appear to have rejected the chance at being involved at the club and leaving Celtic searching for the answer to their promise of restructuring the football department at the club.

Earlier today The Irish Independent said that Harkin had decided to remain with The City Football Group and suggested that he hadn’t even been offered the job. Harkin is the City Football Group’s Partners and Pathways Manager, helping City identify and procure young talent whilst developing them via their partners.

‘We understand that Harkin’s loyalty to City Football Group remains steadfast and he is continuing in his role as Football Partnerships and Pathways Manager in which he is held in high esteem by the Manchester City hierarchy.

‘While conversations have taken place between Celtic and Harkin, the Director of Football job was not offered to him and he is not seeking a move from the Premier League champions at this time.’ 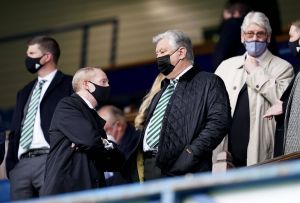 Now, Sky Sports are reporting that Harkin has declined the chance to move to Glasgow as the new Director of Football after discussions, leaving Celtic scrambling.

Fergal Harkin has decided to remain at Manchester City after discussions with Celtic about a potential sporting director role.

It’s understood Celtic are already looking at other options as part of a restructure behind the scenes.

A source close to Celtic has told us Harkin was never officially offered the role.

We understand discussions took place, but we’re told there was no offer on the table.

Anthony Joseph says that the club are looking at alternatives and last night, Shaun Maloney’s name was mentioned. However, one thing that is abundantly clear is that the club are struggling to implement their plan of an overhaul to the club’s footballing department.

Ange Postecoglou looks set to be appointed as the new manager of the club, arriving from Yokohama F Marinos in the J-League. He is an appointment that has split the support but it is likely due to the fact that the board appears to be struggling to meet the targets they set themselves regarding the footballing overhaul at the club outlined in January.