You are at:Home»Football Matters»UEFA hit the Rangers with new punishment for Racist and Sectarian songs

EARLIER media reports claiming that Rangers had been hit with a third UEFA rap for racist and sectarian singing seem to be wide of the mark.

However UEFA have confirmed that a section of Ibrox will be closed in the next Europa League match as a consequence of the Rangers support’s racist and sectarian singing in Poland last week. 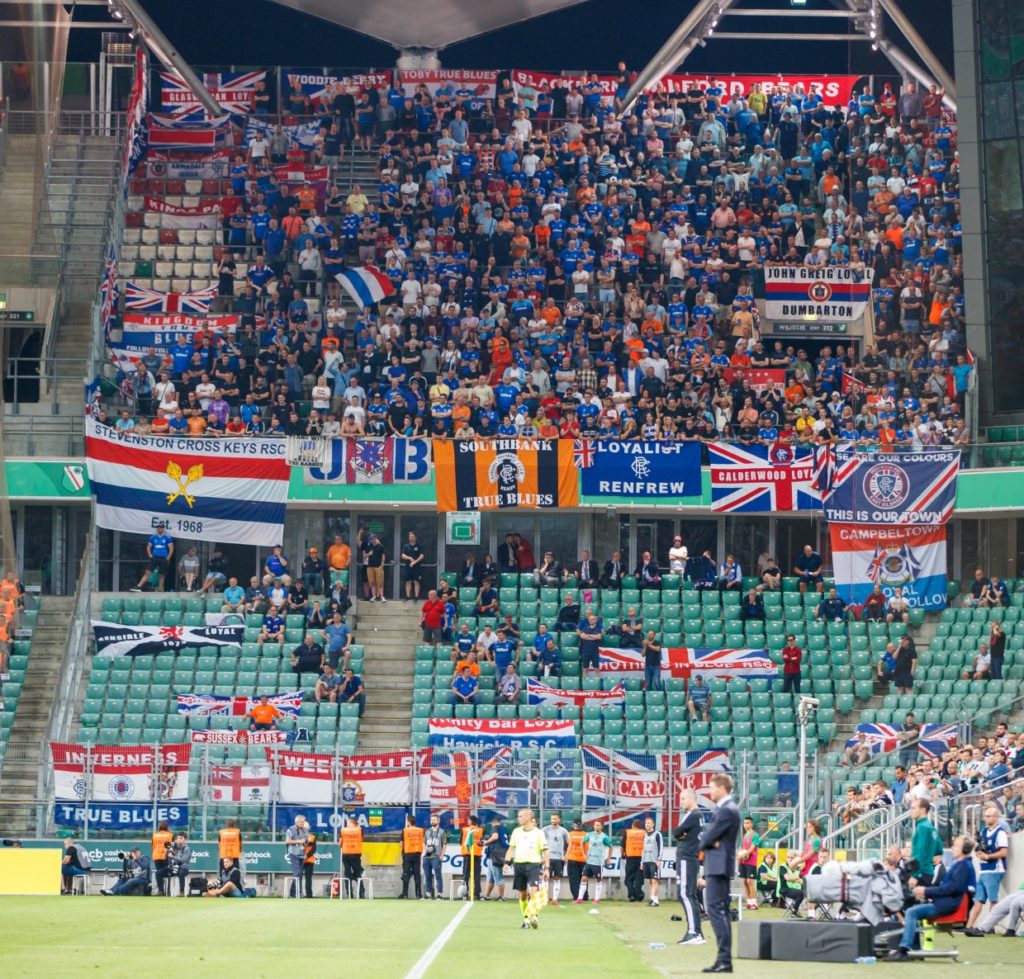 The Rangers fans Racist and Sectarian singing was heard in Poland last week.

The Rangers fear that UEFA will eventually close Ibrox for the next Europa League match and that could cost the new club around £1million in lost revenue from lost ticket sales, corporate revenue and pies.

The UEFA statement reads as follows:

“The control, Ethics and Disciplinary Body has decided to order a partial closure of the Rangers FC stadium during the next one (1) UEFA competition match in which Rangers FC will play as the host club, for the racist behaviour of its supporters.

“Rangers shall inform UEFA of the sector(s) to be closed, which shall at least comprehend 3000 seats.

“The Scottish club is ordered to display a banner with the wording “#EqualGame”, with the UEFA logo on it”

Celtic travel across the city on Sunday and it surely reflects badly on Scottish football if these racist and sectarian songs are heard and tolerated while UEFA have led the way in cleaning up the bigotry heard during their matches?

Previous ArticlePoker Update – Pistol missed the match, ‘No Chance’ of Odsonne sale, Taylor in Time for Sunday?
Next Article Celtic drawn against Lazio, Rennes and a revenge mission with Cluj in Europa League