Celtic’s new Bhoy Kyogo Furuhashi has some unfinished business today in the J-League. He is making his farewell appearance for Vissel Kobe and has been named in the starting eleven for their game against Cerezo Osaka!

Presumably this was agreed with Dom McKay who would probably have preferred to wait until the player had fulfilled his playing commitments in Japan before announcing the deal. However today is a crucial match for Vissel Kobe, as Paul Murphy explains: “They’re in a tight battle for Champions League places so every game matters at this stage but they’re not up against a direct competitor.” 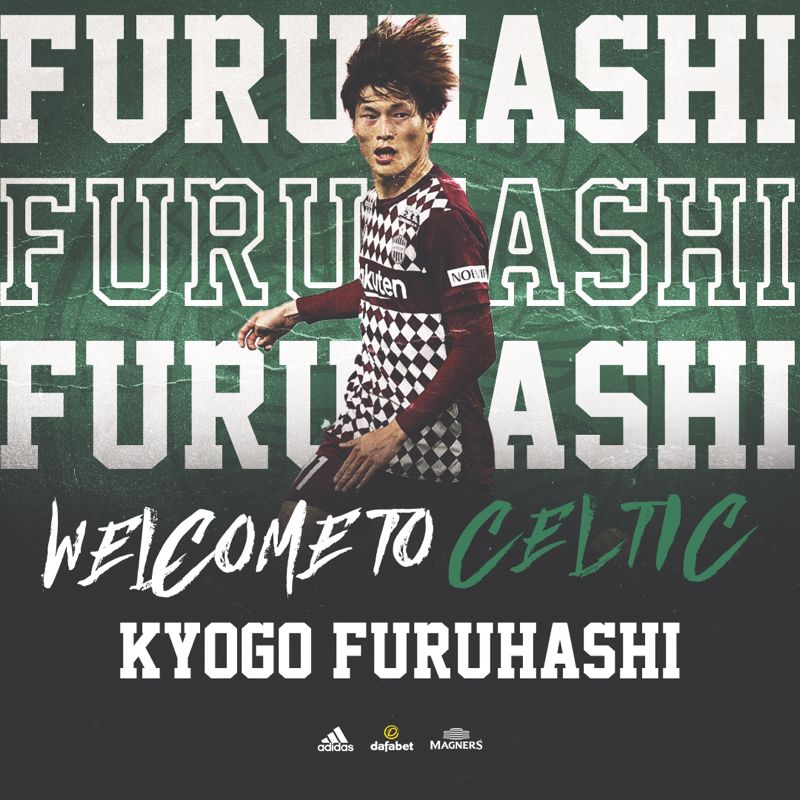 There is probably a cultural element to this with the player wishing to say his own goodbyes to the supporters and the club. If you remember Ange Postecoglou stayed on for a last game in charge of Yokohama before leaving for London, en route to Paradise. The difference is that he was unlikely to get injured!

Hopefully all goes according to plan today with no injury mishaps and Kyogo Furuhashi will be able to sail through his medical to complete the transfer that saw Celtic trending on Twitter yesterday in both Japan and Australia.

Surprised to see Furuhashi in starting lineup. Seems an unnecessary risk for the player and @CelticFC https://t.co/M9URC9ICpa

🇯🇵 Kyogo #Furuhashi is starting for Vissel Kobe vs C-Osaka, the game starts in 50mins. 🤔🤔🤔
No injury please 🙏🏻🙏🏻🙏🏻

If You Know Your History…

Previous Article“Hopefully we can create something that’s beneficial to our players, and furthermore, beneficial to our first team,” Tommy McIntyre
Next Article Celtic FC Women: Delight as Chloe Warrington signs her first professional contract