You are at:Home»Latest»Five Celtic Stars named in cinch Premiership Team of the Season

Five Celtic players have been selected for the cinch Premiership team of the season while the former Celtic goalkeeper has been named as the Star Man. The Celtic stars selected are Cameron Carter-Vickers – the only Celtic defender to make the team despite having easily the best defensive record in the league – midfielders Callum McGregor (our own choice as Star Man) and  Tom Rogic (how we’ll miss him), while two Celtic attackers Jota and Kyogo make the team. 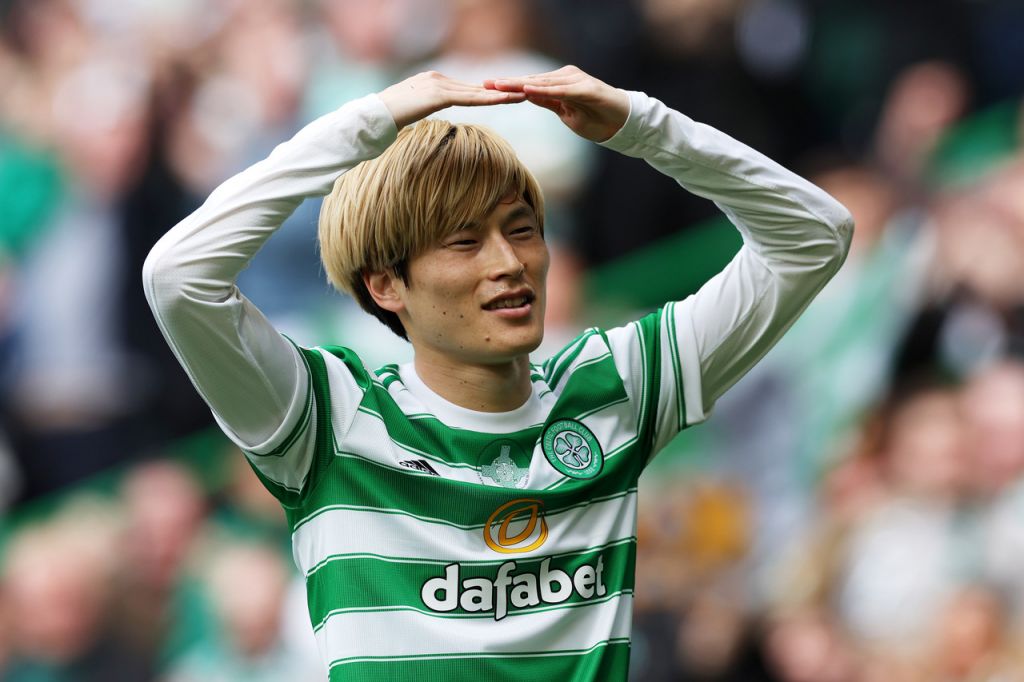 There are three players from theRangers – Bassey, Tavernier (penalty) and Aribo – two from Hearts, the aforementioned Craig Gordon and Kingsley and the only player out of the top three finishing sides – Celtic being the Champions – to make the team is Regan Charles-Cook who yesterday left Ross County to join Belgian top-flight side KAS Eupen on a three-year deal. His goals tally was matched by Giorgos Giakoumakis despite the Greek striker missing half the season through injury. 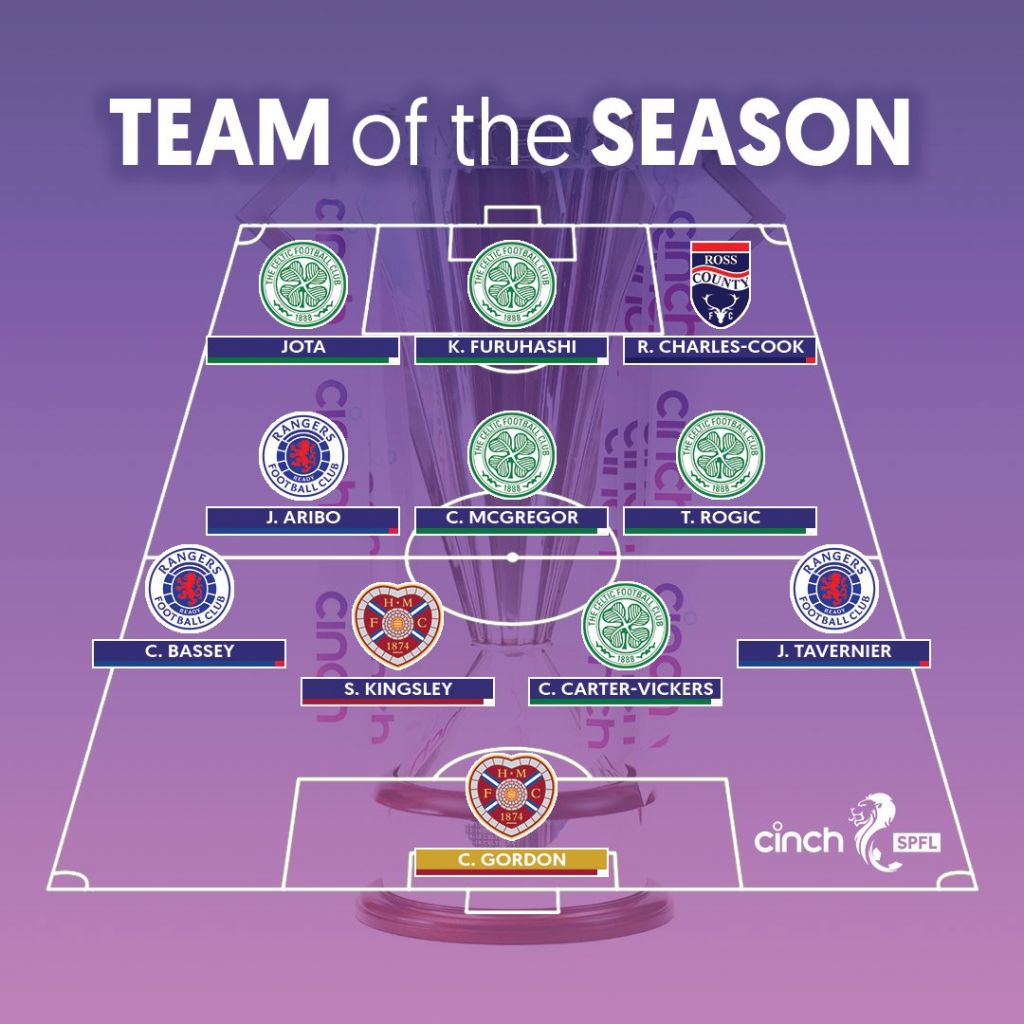 🌟 @JamTarts‘ Craig Gordon has been named as Star Man in the @cinchuk Premiership #TOTS!