You are at:Home»Latest»FK Buducnost Podgorica of Montenegro – Celtic’s potential Qualifying Round 1 opponents in the 2020/21 Champions League

Ahead of Sunday’s draw for the first qualifying round of the Champions League, I’ve been reviewing the 17 potential opponents who Celtic could face later this month.

With all but one of the possible options known, we’ve already covered the first 13: 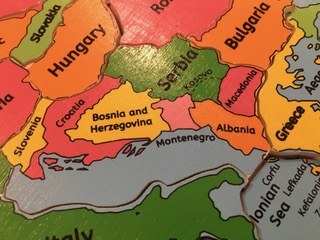 Fudbalski Klub Buducnost Podogorica will be the Montenegrin representatives in the 2020/21 Champions League. They have a UEFA co-efficient of 4.250, compared to Celtic’s 34.

The club was created as ‘the workers’ sports club’ RSK Zora in June 1925 in Podgorica, the capital of Montenegro, going through two further changes as RSK Buducnost then RSK Crna Gora before adopting their current name at the end of the Second World War in 1945. 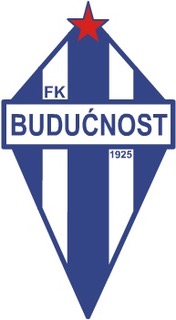 Home kit is blue-and-white jerseys with blue socks and shorts, whilst FK Buducnost wear an all-white strip on the road.

The club plays its home games at the Podgorica City Stadium, which holds 15,000 spectators. It was opened in 1945 and also plays host to the Montenegrin national team.

The 10-team Montenegrin First League was abandoned on 30 June 2020 due to the COVID pandemic, with 5 rounds of matches remaining. At that point, FK Buducnost were 18 points ahead of defending champions FK Sutjeska, and so were already assured of the title.

FK Buducnost have been major players in Montenegrin football since the country gained independence from its political union with Serbia in 2006, winning four national titles and finishing second on a further eight occasions. They have also appeared in five Montenegrin Cup finals, winning two of those.

Prior to the break-up of Yugoslavia, FK Buducnost had reached two Yugoslav Cup finals, losing both. In May 1965, they were beaten 2-1 by Dinamo Zagreb and 12 years later they lost 2-0 after extra-time to Hajduk Split, both matches taking place in Red Star’s Stadium in Belgrade. 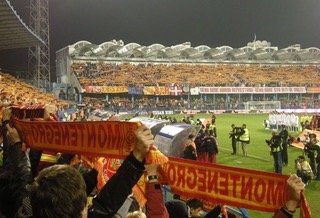 FK Buducnost have qualified for European football for every season since the introduction of the Montenegrin First League in 2006, although they were refused a licence to compete in 2013/14.

Their debut in major continental competition came against that same Hajduk Split, now representing Croatia, in the first round of the 2007/08 UEFA Cup, a 1-1 draw in Podgorica followed by a 1-0 defeat in Split.

Their first success over two legs came in the rebranded Europa League of 2010/11, albeit not in the conventional manner. An injury time goal from Jaba looked to have given Baku a 2-1 first-leg win in Azerbaijan, however UEFA subsequently awarded the Montenegrins a 3-0 win after it was discovered that the hosts had fielded an ineligible player. Despite going two goals down in the return, Brnovic’s second-half strike saw Buducnost through on a 4-2 aggregate.

Their luck would run out in the next round, as two late goals in Podgorica saw Brondby gain a real foothold in the tie, a stoppage-time response from Beciraj giving the Montenegrins a slim chance of progression at 1-2. However, an early Jallow goal in Copenhagen would prove the only score of the second leg as the Danes eased through 3-1. 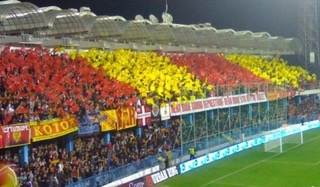 Success was earned on the pitch in the first qualifying round of the 2014/15 Europa League, as Buducnost beat San Marino outfit SS Falgore 2-1 in Serravalle, following that up with a comprehensive 3-0 victory in Niksic seven days later. They would go down 2-0 to Cypriots Omonia at the same venue the following week, then play out a goalless draw in Nicosia to exit the competition.

There was a third tie won two years later in the same tournament, this time a fine 1-1 draw with Rabotnicki in Skopje providing the ideal platform for a second-leg 1-0 victory over the Macedonians in Podgorica, thanks to an early Radunovic penalty. A 2-0 defeat from Racing Genk in Belgium in the next round meant an uphill task in the return for Buducnost seven days later, however, a fighting first-half performance saw them level the tie with strikes from Dalovic and Raickovic before the interval.

There would be no further scoring, even after extra-time, meaning the outcome would be decided by the dreaded penalty shootout in Podgorica. Genk were on target with their first four kicks, whilst Buducnost missed with two of their attempts, as European football ended for another season for the Montenegrins. 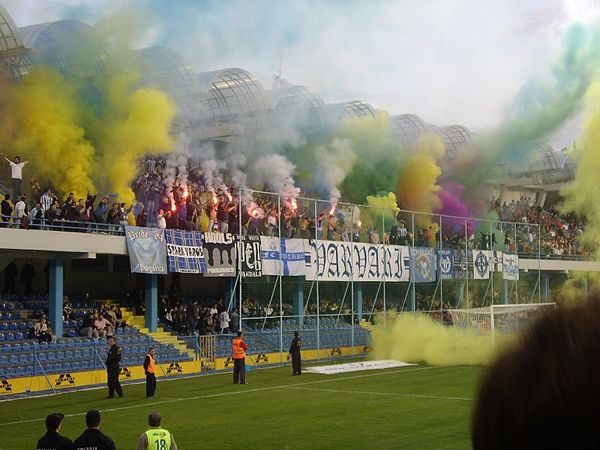 FK Buducnost’s most recent European victory was in last season’s Europa League. It was also their most comprehensive, as an excellent 2-0 away win against Estonians Narva Trans made the second leg a much more comfortable proposition. The Montenegrins duly dispatched Narva by 4-1 to sail through on a 6-1 aggregate. They would find the Ukrainians Zorya Luhansk an altogether different prospect at the next stage though, the tie effectively over after a 3-1 home defeat, this time it being their opponents who could relax and enjoy a 1-0 win in the return.

Celtic have never faced Montenegrin opposition in a competitive match. 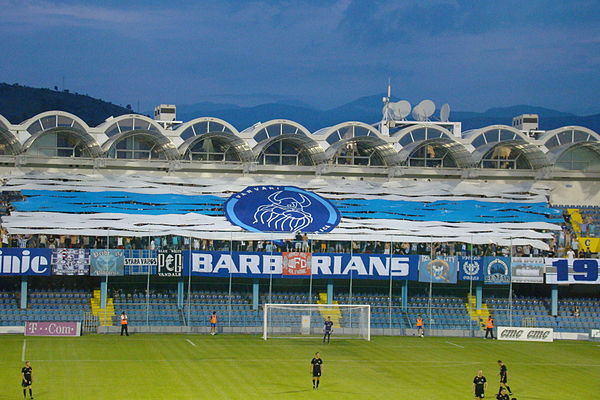 Whilst the majority of the FK Buducnost squad are Montenegrin, they also include players from Serbia and Greece.

The Head Coach is a Serbian, Mladen Milinkovic, who joined Buducnost in November 2019.

Midfielder Dejan Savicevic made 130 League appearances for Buducnost between 1983 and 1988, before joining Red Star Belgrade. He would be part of their victorious 1991 European Cup-winning side against Marseille in Bari before moving to the north-west of Italy to join AC Milan the following year. Dejan would win the Champions League again in 1994, scoring the Italians third goal in that famous 4-0 victory over Johan Cruyff’s Barcelona in Athens, with the most sublime side-foot volley. He has been the President of the Montenegrin FA since 2004.

Savicevic’s one-time colleague at Buducnost, Predrag Mijatovic, also scored in a Champions League final, in his case the winner for Real Madrid against Juventus in the 1998 final, halfway through the second half in Amsterdam. Mijatovic had left his hometown club in 1989 to join Partizan Belgrade, just after Ivan Golac’s men had knocked Celtic out of the European Cup Winners’ Cup. He would spend three very successful seasons in Valencia from 1993 prompting a move to the Estadio Santiago Bernabeu, where he remained until 1999. After spells with Fiorentina and back in Valencia with the city’s ‘other club’ Levante, he would return to Real as Director of Football in 2006, a role he performed for three seasons.

I hope you enjoyed that look at the 14th of our potential European opponents and their previous record in continental competition.