You are at:Home»Latest»‘Flattered’ Edouard is ‘Happy’ Playing for Celtic despite increased speculation

ODSONNE EDOUARD was today named as the Ladbrokes Premiership Player of the Month for January and despite being questioned on transfer speculation amid growing interest from the likes of Arsenal, Chelsea and Manchester Utd, he was only interested in talking about playing for Celtic.

“It’s very flattering but I still have two years left on my contract at Celtic,” Odsonne said to the media, as reported by Scottish Sun.

“I want to concentrate on that. Personally, I’m feeling good. The team is playing well so I am happy. 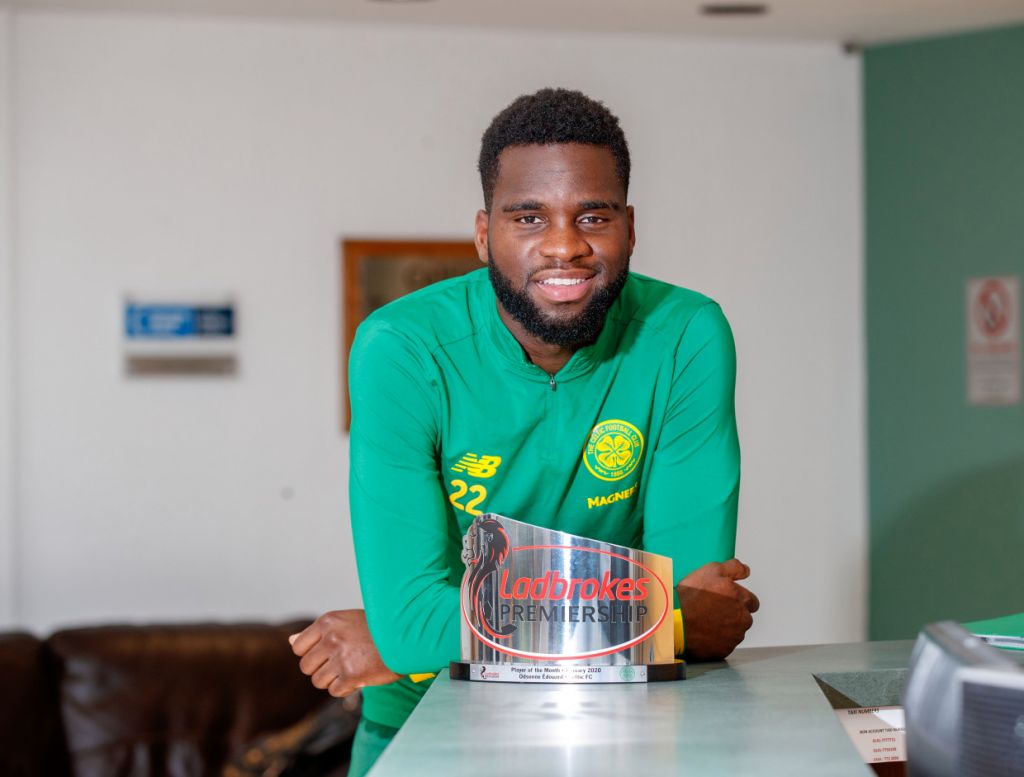 “My job is to score goals so I’m feeling good with this season.

“I think the fans can expect more of me for the rest of season, but the most important thing is the performance of the team.”

Edouard is clearly enjoying the new tactical formation that Celtic have adopted after the winter break. The 3-5-2 means he’s got company upfront and the Frenchman is impressed by his striking partner Leigh Griffiths.

“Leigh is a great player and we’re complimenting each other very well and both scoring which is great,” he said.

“Our partnership has come naturally, and it’s not that we’re working on it necessarily, but it’s more that it becomes a habit and that’s what we need to be able to deliver.

“At this stage in the year, the games come very quickly,” Edouard said.

“We need to be very focused on each game so that we can deliver good performances.
“To be the top scorer in the league was a personal objective of mine, but the most important thing for me is that the team wins titles. We still have two more to win.

“Everything else comes after that.”

The striker has scored 24 goals in 37 appearances for Celtic this season and on top of that he’s scored a sensational 11 goals in 6 appearances for the French Under 21s. Earlier this week Neil Lennon spoke about the possibility of his talisman forcing his way into the senior squad for this summer’s Euros. 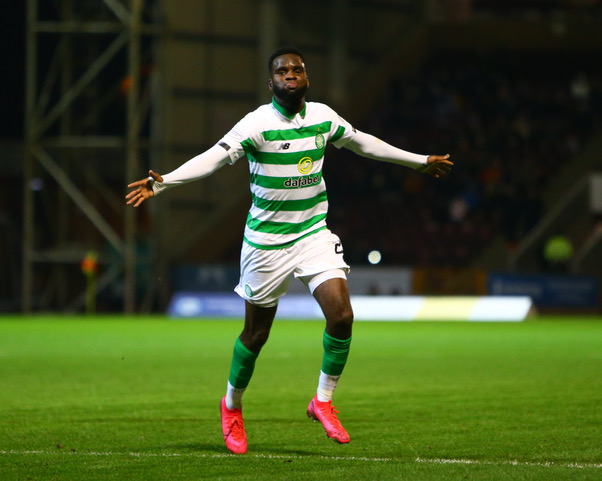 All Celtic fans would be delighted if the club were to extend Edouard’s contract and ensure that he plays his part in both Nine then Ten in a Row, then they can look at a big money transfer.

Surely that could be sorted out?

🏆 Congratulations to @Oedouard22, who has been named Ladbrokes Premiership Player of the Month for January! pic.twitter.com/DJDKRSSPCj

👏 Congratulations to @CelticFC's @Oedouard22 who has been awarded the @Ladbrokes Premiership Player of the Month award for January! 🏆 pic.twitter.com/V8gELp6s8i

Odsonne Edouard – ‘Knowing Peter Lawwell, there will be clauses in his contract,’ McAvennie.

PLUS THIS ONE FROM LAST NIGHT…As a 12-year-old boy is charged, ITN’s Peter A Smith fails to respond to ‘Racist Video’ Queries...see HERE.