You are at:Home»Latest»“Footballers without heart…” a Celtic supporter

“Footballers without heart…” was one of the responses quoted in our previous article “Football without fans” in which Celtic Supporter Liaison Officer John Paul Taylor pointed out the crazy situation at Easter Road yesterday where Hibs had a completely empty section of the stand that could and should have been given to the Celtic support…see HERE.

On The Celtic Star we like to feature the excellent videos from Celtic Fans TV the morning after the game. Celtic Fans TV are always there outside the ground waiting to interview Celtic supporters who were at the game and they therefore capture the immediate post-match mood of the support – win, lose or draw. 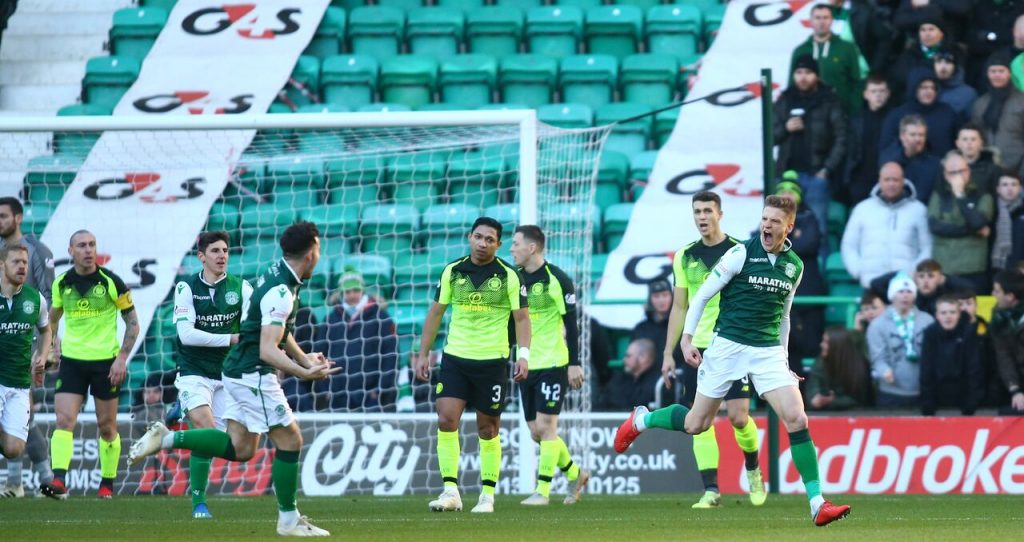 Here are the views of a rather unhappy bunch of Celtic supporters after yesterday’s disheartening Celtic performance which resulted in a 2-0 defeat at the hands of Neil Lennon’s Hibs side.

The Rangers would later in the day beat Hamilton 1-0 at Ibrox to go to the top of the league on goal difference ahead of Kilmarnock, who were leading the Premiership yesterday morning.

Celtic are a point behind both teams and have a game in hand over The Rangers which is played on Wednesday against Motherwell at Celtic Park.

Three points are essential! Have a look at the Celtic Fans TV video from Easter Road…

Jim Craig – ‘The best performance he had ever seen,’ Jinky’s finest game…see HERE.

Have your say on the new Celtic supporters forum CELTIC NOISE…..

Previous Article‘Football without Fans…’ Celtic SLO, John Paul Taylor
Next Article ‘Time to deliver, or else!’ Gordon warns his team-mates