You are at:Home»Latest»Forgotten Celtic star returns to training at Lennoxtown

Most Celtic fans cannot be blamed for having forgotten the name of Kundai Benyu by now. After all, he made only 4 appearances for the Hoops and it has been a few years since then. But the midfielder returned to Celtic training recently after his loan spell at Swedish side, Helsingborgs, came to an end.

Celtic signed Benyu back in 2017 from Ipswich Town when he was just 19 years old. Big things were expected from the midfielder initially. And things started out well for him as well as he scored in his first appearance for the club’s development side and made four senior appearances in his first season at Parkhead. 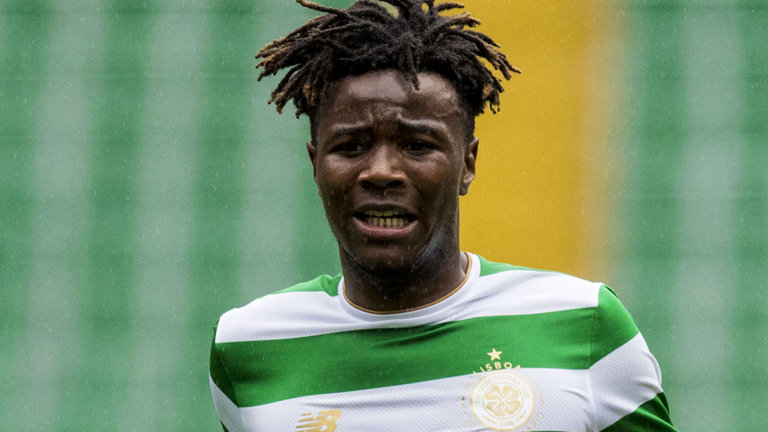 Things have fizzed out since then and the rest of his Celtic career away on loan at Oldham Athletic and Helsingborgs. Although, Benyu has already represented his national team. Born in England, the midfielder made his debut for Zimbabwe when he was merely a teenager. Benyu recently posted a story on his Instagram with a Celtic kit on, back at Lennoxtown. But it is unlikely that he will stay there for long.

Still only 21 years old, the English-Zimbabwean still has enough time to have a great footballing career. But considering the depth currently at Neil Lennon’s disposal, he is not expected to be anywhere near the first-team. As a result, another loan away seems to be the best option for him at the moment or maybe even a permanent move to a club where he is expected to find regular minutes and develop.